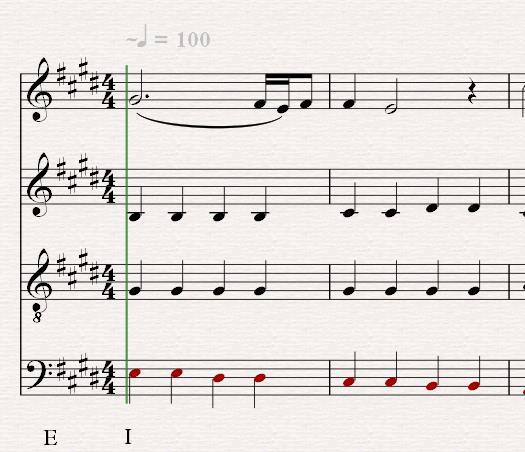 I have two questions:

The first question is as stated in the title. I very often see in the textbook demostration, that a non chord tone is the top note, would it be possible for the inner voice to be a non-chord tone while the top note remains the same? If so, could you give some examples?

The second question is: For example, in the picture, 1 mm, I ientify it to be the I chord in E major, however the base note for the 3rd and 4th beats are a step lower, I think they are not non-chord tone as the change of base note will change the quality of the chord. But I do not know what is the term to describe such chord?

Thank you for your time!

The dividing line between "harmony" and "counterpoint" is often rather vague. You could analyze the bass D# and treble F# as passing notes between an E chord in bar 1 and the C#m in bar 2, or you could take the second half of bar 1 as G#m followed by G#m7 chord (in which case the treble F# is not a non-chord tone) where the G#m7 functions as a sort-of-secondary-dominant of C#m.

Which is "the correct analysis?" Both of them.

Almost any music which is contrapuntal will have non-chord tones in every voice, not just the top part. Here's the end of an organ chorale prelude by Bach (BWV665): 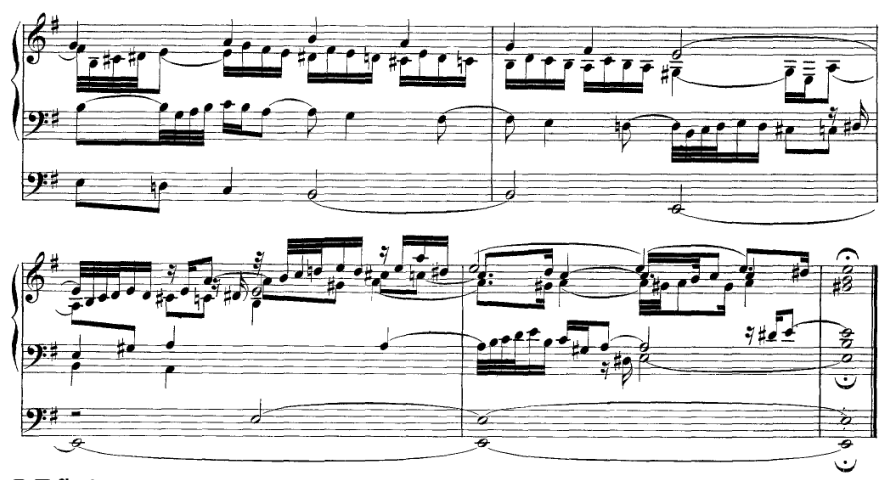 Of course the number of "non-harmonic tones" you will find in that example depends whether you think the harmony only really changes every quarter or half note, or whether you want to name new chords for every 16th-note. Again, either analysis is "correct".

Not the answer you're looking for? Browse other questions tagged theory nonchord-tones or ask your own question.

5
What note type in the 7th of a chord? - Music Theory
0
Making part of a triad chord sharper, but is it counted as minor?
4
Is it possible to start out on a nonharmonic tone then play its resolution?
3
Are these upper voices in this final passage from Handel a bona fide F7 chord or some kind of non-chord tones?
3
Would this note from Consolation No. 3 be considered a nonchord tone?
4
Minor Key (and other key?) Roman Numeral Analysis
5
Why does vocal harmony 3rd interval up sound better than 3rd interval down?
4
What is it called when the melody note is held, but the chord changes to resolve to the final harmony?
1
Can a suspension resolve by leap downwards?