What does this rhythm notation after the tempo mean?

After the tempo there are eighth notes that are equal to a quarter note and an eighth note with a '3' on top. What does that mean? 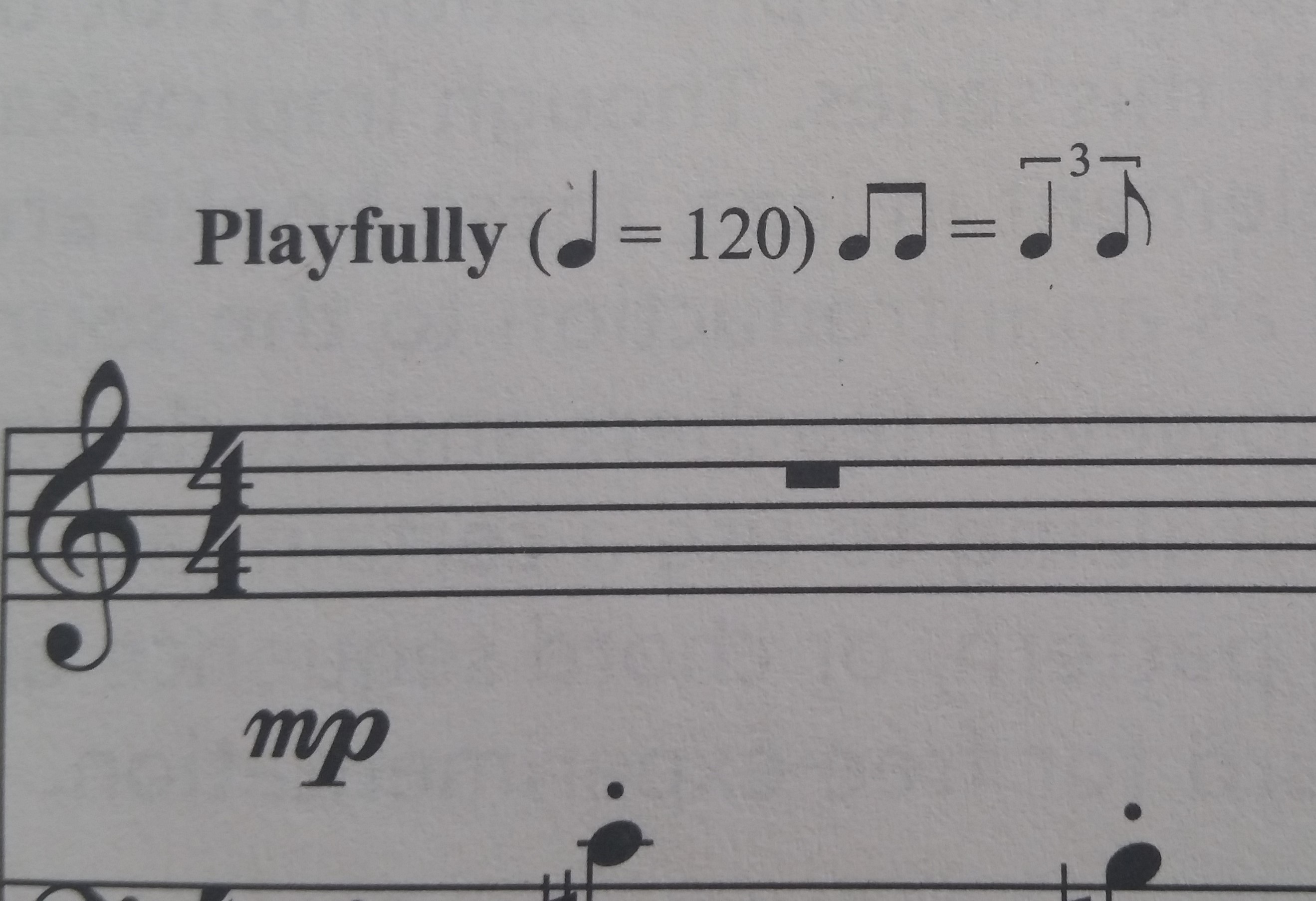 The 3 on top of a set of notes indicates a triplet. Triplet eighth notes would play three eighth notes in the time that you would normally have two. You may also see other divisions such as 5 and 7. Often the triplet number will have a bracket, but in some transcriptions there is just the number.

In some styles of music the eighth notes are not played with an even rhythm, such as "swing" and Hornpipes. The first eighth note will be held longer than the second. In some transcriptions an attempt is made to indicate the swung feel by using dotted rhythms, but the dotted rhythm isn't exactly what the feel is, and continuous use of dotted rhythm or triplets can make the music hard to read.

There is a common practice to transcribe the eighth notes in straight, even rhythm and make note that they should be played swung.

The notation in the example is showing that the first eighth note should be longer than the second, indicating a swing feel.

Using the triplet notation to indicate a piece should be swung is fairly common. In some cases the piece will just say "Swing" and expect the musician knows what that means. Occasionally you have to know the style of the piece to know that it is swung, as no indication is given.

Hornpipes are similar, that they are usually written in straight eighths, and it is expected that the musician will add the hornpipe rhythm.

It seems to be pretty literal. For the duration of the instructions, a notated pair of eights are to be played with the first note as 2/3 of a quarter note and the second as 1/3. (Normally an eighth is 1/2 a quarter note.) Personally, I'd have written out the triplet, mostly to avoid such questions.

I would need more context regarding the specific example, but in many pop arrangements, this would indicate that the eight notes are to be "swung" not played "straight". I was just playing an arrangement last week which employed both "straight" and "swung" eighth notes. I also think there is a slight difference between eighth notes that are swung and the triplet rhythmic pattern employing a quarter note and an eighth note in one beat: in traditional music notation (e.g., in "classical" compositions)a meter such as 3/8, 6/8, 9/8 or 12/8 would be used if the composer wanted that ratio.

Literally it is an instruction to play pairs of 8th notes as triplets. In practice it is often used to mean 'Swing'. Don't. Swing isn't triplets. If you want triplets write triplets, or use 12/8 time. If you want swing write straight 8s and 'Swing'. Both live musicians and Finale/Sibelius know what to do.