What is the difference between the speaker in a bass amp and sub?

Is there a difference between the actual speakers found in a bass amp and a subwoofer?

Yes, there can be a difference. The difference will depend on manufacture and quality however, and in some cases there may be no discernible difference.

A speaker designed for a sub-woofer is made to have clarity at the lower frequency response spectrum, going as low as around 20 hz. Since the speakers are designed to support just the low frequency range with the expectation that other speakers will be taking the higher frequencies, you generally get a response built around the 20 - 200 hz range with little production above that.

Bass amp speakers generally start their response range around 40 hz, and support frequencies up to the higher ranges to support upper octave playing as well as instrument overtones. Usually the upper frequencies start to drop off in the 1000 hz range, although I've seen ranges from 800hz all the way up to 5k.

In short, the sub woofer speaker response range is limited in frequency range, and the bass amp speaker has a wider range.

When you ask if there's a difference in the "actual speakers" I assume you are talking about what, in speaker design parlance, are called the drivers, as opposed to the enclosure or cabinet. Drivers are the transducers with the familiar cone, magnet and coil.

Drivers can be very different or very similar. It's impossible to tell without knowing what manufacturer and model they are. Different drivers are designed with different uses in mind.

That said, the same drivers can be made to sound very different according to the enclosure they are in. Most instrument speaker cabinets are either of the open back design or a fully enclosed design. (Usually open back is used for combos.This is advantageous for weight and cooling purposes. Also gives you a convenient place to put cords and such.) Fully enclosing the cabinet usually gives a better low end response. The larger the volume inside the more pronounced this is. 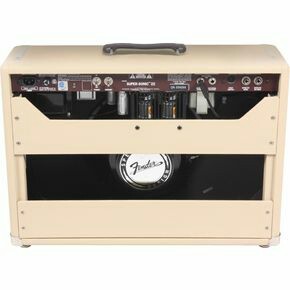 A subwoofer design is specifically designed to work in conjunction with other speakers which reproduce the mids and highs. Since they don't need to produce the higher frequencies they will contain a crossover to filter those frequencies out. A good subwoofer will usually be in a different cabinet style. Most will be a ported design. Ported cabinets will have a hole, or port which is tuned to the driver to improve bass response. If you put an ear to it you find that the lowest frequencies actually come from the port and not the driver. 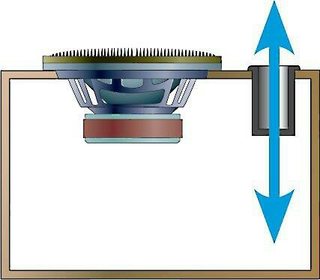 When I was building my sound reinforcement rig I started with an Electrovoice cabinet with a 15" woofer and a 1" horn. This sounded great, but was lacking for large rooms. So I built a ported subwoofer cabinet designed by EV for their driver - the exact same type of driver as was in the other cabinet. Using a crossover, the lowest frequencies were separated to the sub which used a separate amp.

This allowed me to do venues such as night cubs. When we started doing outdoor or theater-sized venues it was still not enough bass. I built a different cabinet that was a folded horn design. They were enormous cabinets but they allowed the same drivers used in the ported subs to fill the theater. 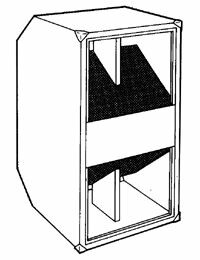 The point here being that the enclosure design has a much bigger effect on the sound of bass speakers than the drivers themselves.

Not the answer you're looking for? Browse other questions tagged bass-guitar speakers or ask your own question.

12
Will Playing a Guitar Through a Bass Set-Up Damage the Amplifier and/or Speaker?
1
How does speaker design affect audible sound?
3
Difference between sound speaker and guitar combo speaker?
4
Bass effects through guitar amp
5
How should I wire multiple speakers for a live performance?
1
Choosing speaker resistance and power handling for a 1W amp head
1
How could I make this studio setup work?
0
Speaker impedance connected in parallel for the power mixer
0
Are stereo speakers suitable substitutes for studio/rehearsal monitor? What amps/preapms are required?