I have just learned to do roman numeral analysis and I am stuck on one of the measure and was wondering if anyone could offer their help.

I was told that the first step to analysis is to stack the notes into the thirds and I wasn't sure which notes I should be looking at in order to determine the roman numeral.

For example, the first measure shown has 5 different notes (F,G,A,Bb,C) and I could not determine which triad I should use to determine the roman numeral.

Would it be F Major "I" since F,A, and C are present? Or am I supposed to take G and Bb into account as well? 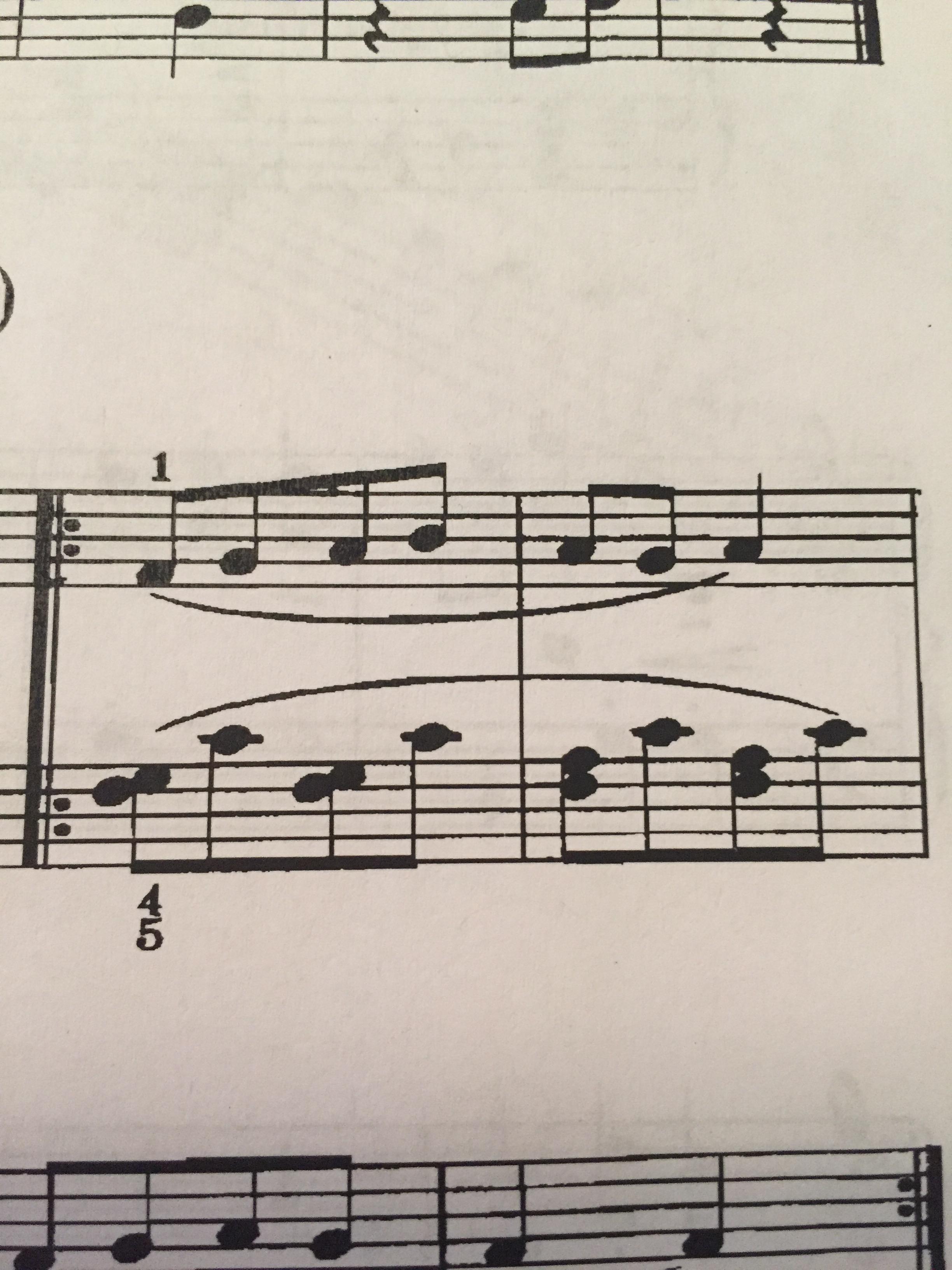 Often, taking into consideration the rhythm can help clarify a situation. In this case, in the right hand, F and A are on the beat, and G and B-flat are off the beat. So, F and A are heard as being a bit louder and more prominent than G and B-flat, and can be given more weight in determining the triad.

The F, G, C in the left hand are not a "normal" triad. Measure two is an unambiguous F major. The first measure would be the same, except for the G instead of A. In this case, it seems like the G is a "non-chord" tone that resolves to A in the next measure. So, in both measures it seems a I is correct, but the first is a version that has a bit more tension built into it.

This is one of those times where Roman-numeral analysis is actually a bit more confusing than what is actually taking place. But (without fuller context) here's one possible explanation:

In the next-to-last measure, there is simply a pedal tone F. (By "pedal tone," I just mean that a pitch stays constant.) This F is actually not a part of the chord in this measure; if you remove that F, you'll see you just have a V43 chord. Thus the C, G, and Bf are all chord tones (there's no E, but it's implied), and everything else are non-chord tones.

This is very common in piano music of the eighteenth and nineteenth centuries: to have a dominant chord, but with the tonic scale degree in the bass.

You could either call that F a non-chord tone and call this chord a V43, or you could view the tonic in the bass as more important, calling this chord a I245.

If you go with the latter option, you can show the resolutions in the upper voices: 2 moves to 3, 4 moves to 3, and 5 stays on 5. Thus the most detailed answer here would be something like (excuse the wonky formatting):