How can I play the same note in these chords on piano?

I just bought myself a songbook by Enya (The Memory of Trees) and I wanted to learn to play one of my favourite songs - From where I am, until I hit the actual music sheet and my spine froze. I can play the hands separately, but I am not sure how to play both yet.

I tried to play with the pedal and then completely playing with my left hand when I hit the same notes, but I can tell it does not sound how she plays.

How am I suppossed to approach this technically? (Yes, I am a beginner) 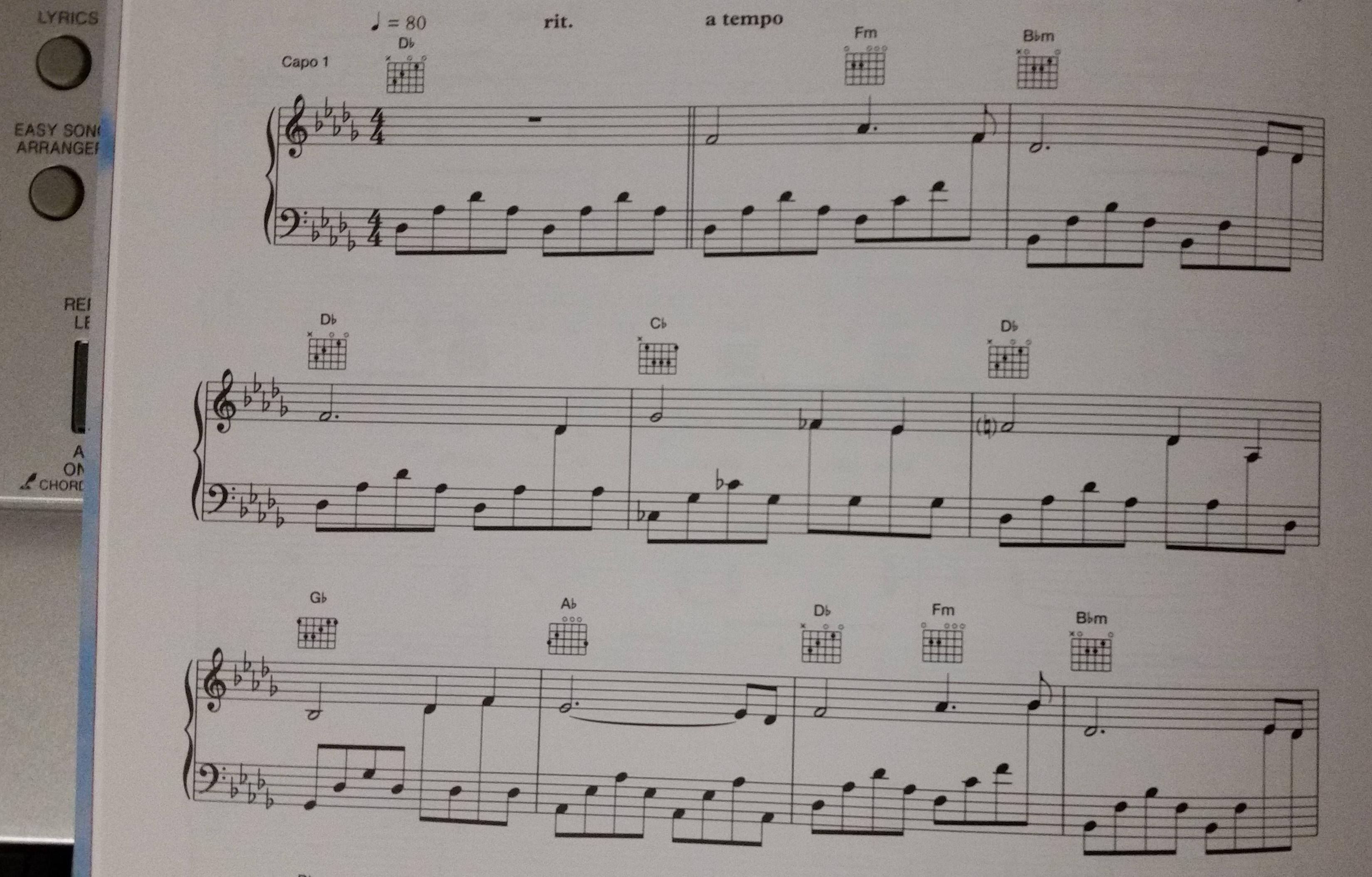 You play the notes on the top staff with your right hand. You don't play them with both hands at once.

The music is written that way to show that the 8th-notes in the "accompaniment" form a continuous pattern, even though some of them coincide with the notes of the "tune".

It could have been written with 8th-rests on the bottom staff, but that might give the idea that the left hand was "chopped up" into short phrases instead of one long phrase.

Presumably this is the original performance:

It's not uncommon for even seasoned pianists to feel a bit overwhelmed with a new piece of music. So, first of all, you're not alone. The following formula is tried and true. And it's not just for beginners! (Steps 2 and 3 may be the most important, or the most beneficial).

Sounds like you've instinctively incorporated this step. Even the pro's learn a new piece one hand at a time! Start with the melody in your right hand. Once you can play your right hand fluently—both correct notes and count—then practice the accompaniment in the bass clef until you are fluent with your left hand. Remember there is no rush to this process. You must give yourself whatever time it takes you. If you can pull it off in a couple hours, great. If it takes you two weeks, so be it. The goal is fluency in separate hands.

This step is crucial! In my experience with adult students, this is where practice starts to fail. Typically, students will practice at a fast tempo in order to match the soundtrack, or, because of impatience and frustration, they just want to be “done with it.”

At this early stage, resist the temptation to compare what or how you're playing with the soundtrack. This too often creates discouragement and false expectations. Speed and style will come naturally at the end of the process. Too many adult learners want speed and style first and when they don't “measure up” to the soundtrack, they walk away discouraged, or worse, with the false idea that they can't play the piece.

Trust me, practice s – l – o – w – l – y and repetitiously. Rather than practicing error at a fast pace, you will practice accuracy at a slow pace. Slow and accurate is the secret recipe for fast and accurate. Speed will organically follow. Trust the process. There is no rush. Pay the price for good technique.

Say it Out Loud

In other words, count the beats out loud. Counting the beats out loud is the glue that ultimately brings your hands together in sync with the beat. This is probably the most disliked step, but is such an important part of your practice. Eventually, you may develop your own system of grunts, breaths, head bobs, and foot taps to keep yourself in time. But in the beginning, please count out loud—first along with right hand, then along with left, and finally with both hands together. Count, count, count.

Using a metronome can help establish the beat tempo, but you must know how to count divisions or multiples of the beat. So, in 4/4 time, if the most common division of the beat is an eighth note (as in the 10 measures of the song you posted), you would count “1 and 2 and 3 and 4 and” with strongest stress on beats 1 and 3.

Don't do too much at once. Remember, this isn't a race. It's about accuracy until it becomes natural. This is where you learn how to deflate the daunting task of learning a “whole song” (and all the psychological pressures of sounding good) by breaking the song into tiny little morsels. Two old proverbs come to mind: “How do you swallow an elephant? One bite at a time.” and “The journey of a thousand miles begins with one step.”

I like to focus on one measure at a time. It gives me a clear beginning and end goal. If the measure is part of a three measure phrase, I might focus on those three measures. Once you have the measure you want to tackle in focus, start practicing in a loop. Remember to keep counting out loud. When you get to the end of the measure start back at the beginning of the measure in time with your count. Loop over and over at a very slow tempo. Repeat at least 7 times, but three times that is not unusual. Most students stop way to early.

Ironically, practicing at a slow tempo, focusing on small sections repetitiously, while counting out loud will actually make you learn faster and maybe just as important, help you retain more of what you're learning.

23
How do I begin finally making music on the piano?
4
What would be a good method to learn a new piano piece?
0
How to play these slash chords (piano)?
2
How to play these chords on a piano
1
Piano Memorization Techniques
4
Is it common to combine multiple voices in one piano staff, even if they don't fit the time signature?
1
How can I get back into piano after a 5 year break? (Story)
2
How to Develop Muscle Memory on the Piano: The Entertainer
12
What are jazz pianists playing in the background?