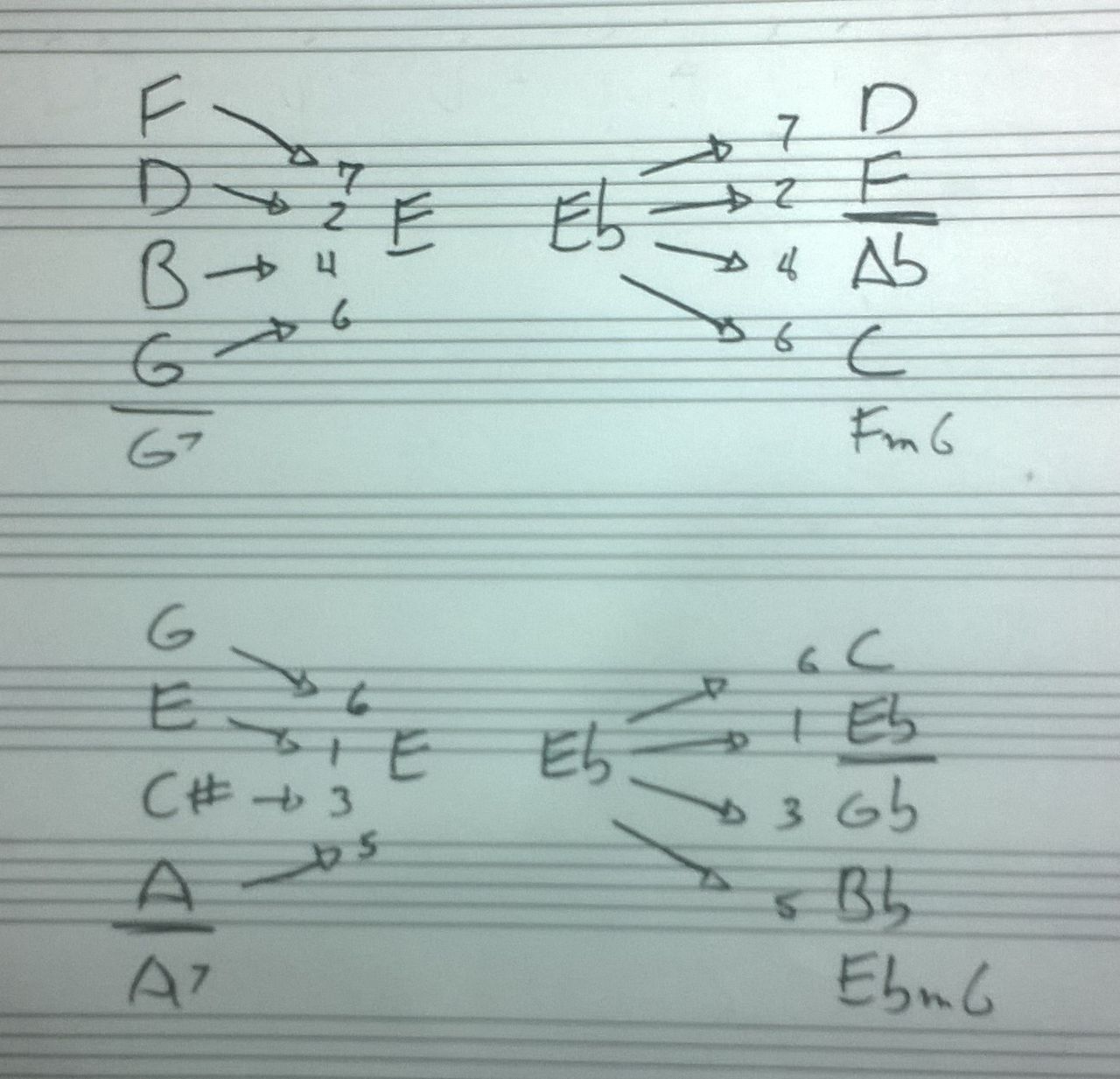 3
Negative Harmony
10
Can you turn a recording upside-down?
2
How do I harmonize a C major scale in fourths and then apply negative/mirror harmony?
2
Transposing the melody in negative harmony
2
Why does flipping not keep nice-sounding things nice?

4
What harmonic devices approach the tonic's root from a semitone above?
1
Sus Chords - Whole Step Or Half?
2
"Romantic Harmony" example; Why does it work?
2
How do I harmonize a C major scale in fourths and then apply negative/mirror harmony?
0
Is this a helpful way to think about Coltrane Substitution?
5
Why is the Mirror on a midpoint, rather than the root note, in Negative Harmony theory?
2
Why does this modulation sequence work?
2
Transposing the melody in negative harmony
6
Resolution in Major and Minor Scales
3
Chromatic Mediant modulation: Can I use an omnibus progression for this?