Learning piano, I learnt, changed over time. There are classical books like Hanon, Beyer, and Czerny, and modern ones which I don't know (I am half-way with Beyer's).

What are the major differences in "modern" vs "old" learning techniques from a student's point of view?

Note that I am not primarily interested in the positional vs non-positional debate, I'd like to know if there are deeper and fundamental differences between two students, old and new ones.

The obvious difference is that any book can only teach you techniques for playing the music up to the date when it was written. For example Czerny and Beyer died about 150 years ago, so you won't find anything about 20th/21st century playing techniques, or 20th/21st century popular music.

A good modern book will probably have exercises and pieces from wider range of musical genres. Even for "classical" music, compare Czerny and Beyer with Bartok's "Mikrocosmos" - which isn't "contemporary music" now, but it's very different from anything in Czerny or Beyer.

As well as the musical content, keyboard playing technique has developed a lot since Czerny and Beyer's time. These illustrations from http://imslp.org/wiki/Vorschule_im_Klavierspiel,Op.101(Beyer,_Ferdinand), don't really show "piano technique" at all - that is harpsichord technique. Trying to play modern piano music that way is at best not very effective and will severely limit your progress, and at worst will cause long term strain injuries. (IMHO Hanon's book of exercises should be banned, on health grounds!) 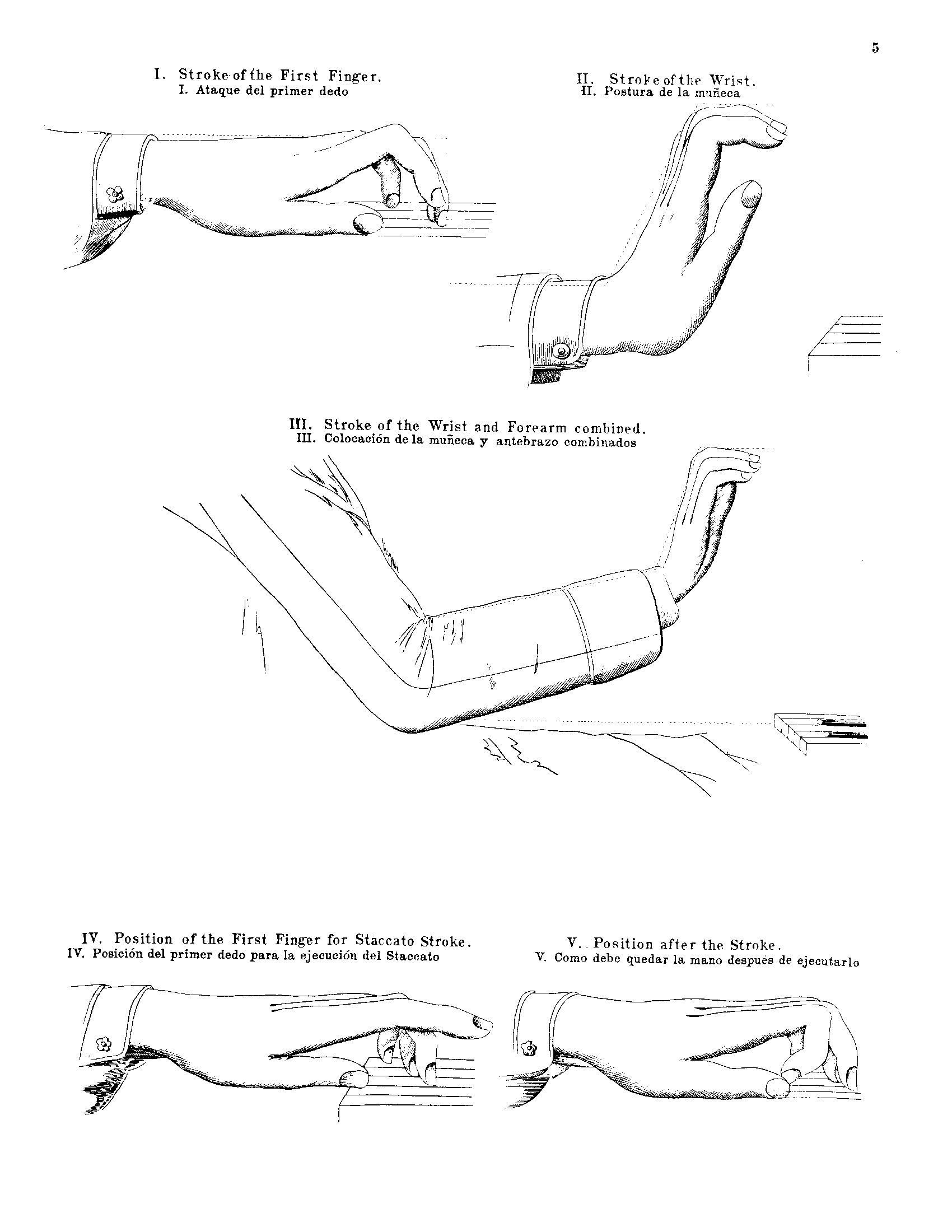 Not the answer you're looking for? Browse other questions tagged piano learning history or ask your own question.

4
How are method books for instruments created and why do they work?
15
What is the best way to learn scales in order to improve improvisation/writing of lead guitar parts?
2
Non-beginner piano learning
23
The difference between self-taught and professional pianists
5
Self-learning how to play the piano
5
History of piano key naming
6
History of the baby grand piano
8
History of triplets
12
What is the best way to go about re-learning an instrument?