Where is the IV-V-I progression in this example?

Out of curiosity was reading about the IV-V-I progression on Wikipedia.

Apparently this example has this progression in there somewhere: 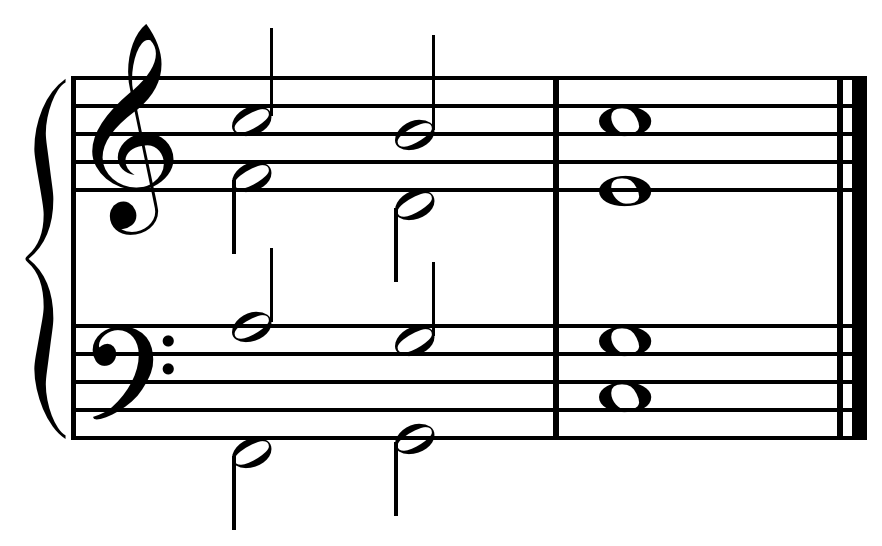 So first it should get higher, then lower. But these notes seem to be all over the place? You can assume I don't know any terminology besides what I used here.

IV--V--I does refer to positions in the scale, but it's also a bit more specific than that.

But these Roman numerals also indicate specific chords whose roots are the given scale degrees. Thus IV indicates a IV chord (F--A--C), V a V chord (G--B--D), and I a I chord (C--E--G).

Some further clarifications, helpfully suggested in the comments:

So first it should get higher, then lower.

It can get both higher (like the example) or lower. It really depends on what you want to do with the melody/bass line. In this example, for some reason (it might be completely arbitrary), the bass line keeps going up. You can create an example yourself, where the bass goes up from F to G and then down from G to C.

But, since the C is C, no matter which octave you play it in, the harmonic function of IV V I doesn't change.

Usually, you'd see IV up to V down to I, or I down to IV up to V up to I, which might be the case in the example.

IV (4) - V (5) - I (1) does refer to degrees of a scale however more specifically it refers to the chords built on these degrees. The example is in C major.

The fourth chord of C is F major. Which is built in the example as F in octaves on the bass line, and F and C played in the treble.

The fifth chord is G. This is played with octave Gs in the bass clef, and the notes D (5th of G) and B (3rd of G) in the treble clef.

Lastly, C major as the one chord. It is built in this example as C and G in the bass whilst E and C play in the treble.

Not the answer you're looking for? Browse other questions tagged chords chord-theory chord-progressions roman-numerals or ask your own question.