In transcribing a work for piano with two voices in each staff, I've come across a passage in which there are two voices in the LH staff for some duration, but in one measure there is only one voice played for 3/4 of the measure and then 3/2 tuplet of 8th notes.

There are four ways I can notate this:

Refer to the below image for examples of each of the four ways (respectively): 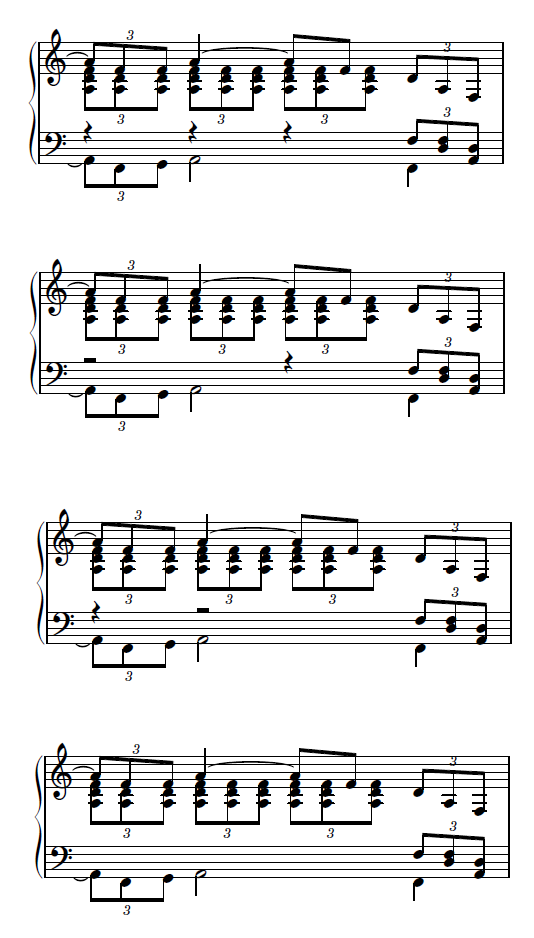 The last idea is not good, as it leaves the tenor voice with only the last crotchet taken care of. The third isn't so good, as the rests split the bar enevenly. Not a sin, but can be better. Second isn't bad, but would look better with the minim rest more to the right. I think the top one is easiest to read, given that for each triplet, there is a rest in the tenor part. Very clear.

In this excerpt there appears to be three distinct voices (I've added colour for clarity).

At no point is any of the three voices resting; so it should look like option 4:

However if I am misinterpreting, and there really are four voices in the piece, you will need rests in both staves: a crotchet rest at the end of the measure in the treble, and a dotted minim rest for the start of the bass staff, it should look like option 5:

It is fine to have no rests, as in the OP's fourth example. However, if there are to be no rests, it would be better to point the stems of the lower stave's first four notes in their usual direction (upwards), unless you think that there's a reason to the contrary which is compelling enough to warrant pointing the stems the other way.

It is fine for the notes in a stave to be notated as if in one voice for part of a bar/measure, but in two voices for the rest. Here is an example from the finale of the first work I checked: Beethoven's Piano Sonata 1 in f minor. 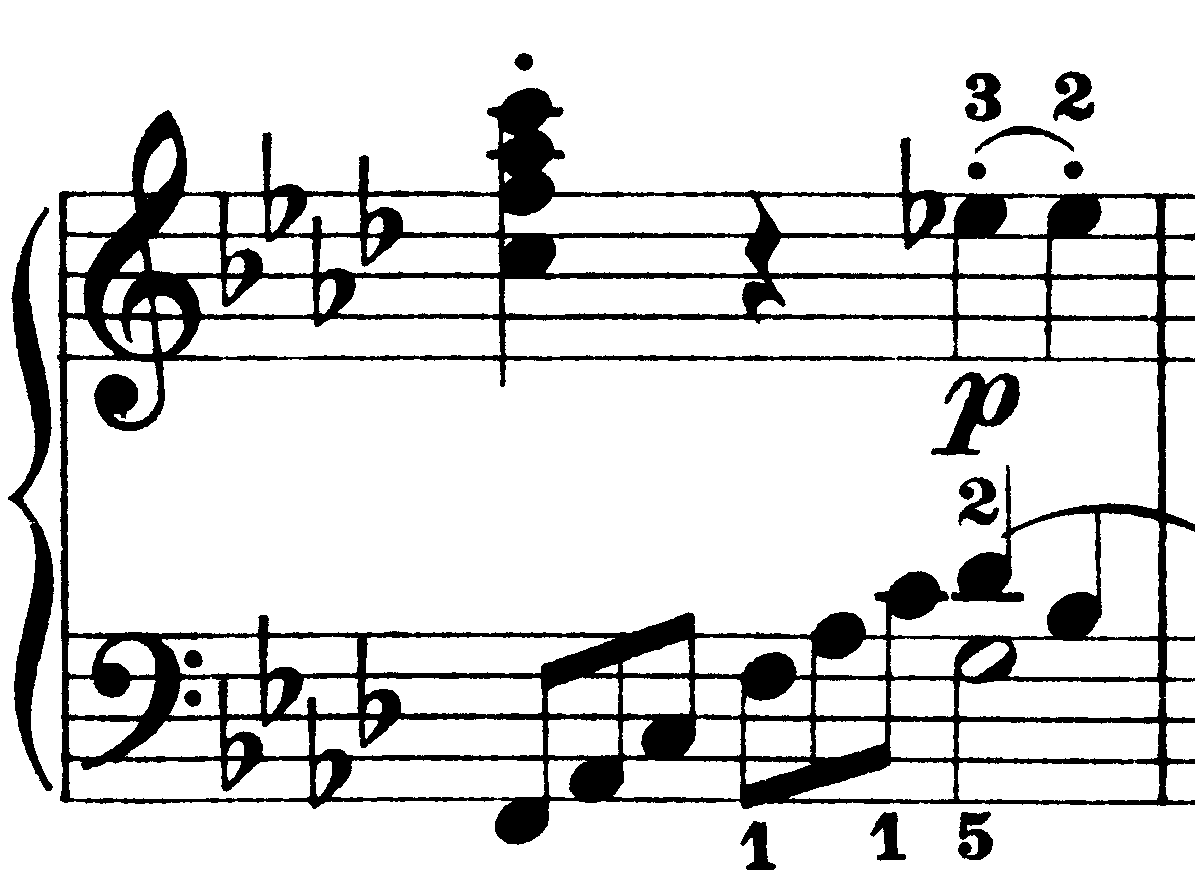 In my experience piano music often leaves out rests in additional voicings unless they are necessary for clarity. Essentially, you don't have to add and/or remove voices only at measure changes. It is perfectly fine to split/collapse parts in the middle a measure, as in your 4th option (upper voice simply doesn't exist until beat 4). This also means that the part of the measure with only one voice should be notated as such (nothing special, just how you would notate it if there were no second voice at all, with the stems pointing up instead of down in your case).

I have performed choral music with voice splits mid-measure, but this indicates that both voices should sing unison until the split. If the voices are performed by separate musicians and only one of them should play you must include rests to avoid ambiguity. If one musician is performing all the voices (e.i. piano) there is no ambiguity, so it's never an issue.

Again, clarity matters! If it's at all unclear, err on the side of caution and notate the rests. However, in the example you posted, if you don't notate the rests, I highly doubt anyone would play it like this:

Not the answer you're looking for? Browse other questions tagged notation lilypond or ask your own question.

11
Multiple staccato dots on minim with tremolo repeat in Lilypond

6
Are whole notes/rests really used to signify variable lengths of time?
3
Lilypond "elevation" of rests after two voice passage
4
Typeset whole note as full measure in 6/8 time in Lilypond
2
Notating using ties on a 4/4 music
4
How to interpret this two voice timing? It looks like there are only three notes in 4/4 measure
3
Thoughts on Tuplets vs. Subdivision?
8
Correct notation of ghost notes depending on note duration
4
Percussion duration notation issue