How should I deal with enharmonics on the Chromatic Harmonica?

It's pretty straightforward. On chromatic harmonicas, the notes are sharpened when the button is pressed in. So, on a C harmonica, all notes are diatonic C, and no flats per se are capable of being played.

So, to make Bb, Eb and Ab, they need to be seen and played with the button in, as A#, D# and G# respectively.Thus, keeping the piece in Eb, all the 'accidentals' are played in this way. Unless transposition is the name of the game, in which case, play it all in C, which may not be possible, as other accidentals may occur.

Answer is if you change those 3 notes, to b OR #, it will be played in Eb, effectively.

Don't worry about the mechanics of the instrument, that's the player's business. Write the music correctly. He'll take care of playing it.

No, you don't have to transpose anything:

Depending on whether you're in a flat or a sharp key, the notes should be referred to in terms of their appropriate enharmonics.

In your case, although most chromatic layout charts say that when the slide is pushed on a D hole, the resulting note is D#, that's correct when in the key of E Major, for example.

But if you're in Eb, there is usually no reason to think of it as D# - in the key of Eb that note is Eb, not D#. That is how a player should think of it and that is how it should be written.

The slide notes should be considered like the black keys of the piano - their names change depending on the key. In E Major, the black key following D is D#, but in the key of Eb it's Eb.

Nothing has to be transposed at all, because the 'virtual' instrument layout changes based on the key being played.

Here is an arrangement of the tune My Funny Valentine for Chromatic Harmonica. As we can see, it is written in Eb, with no transposition for the chromatic: Eb is notated as Eb, etc: 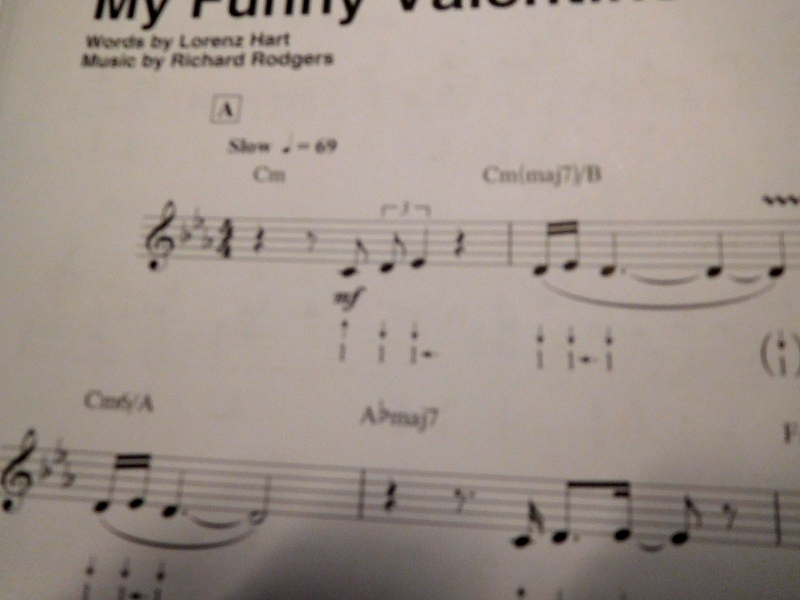 It is found in this book: 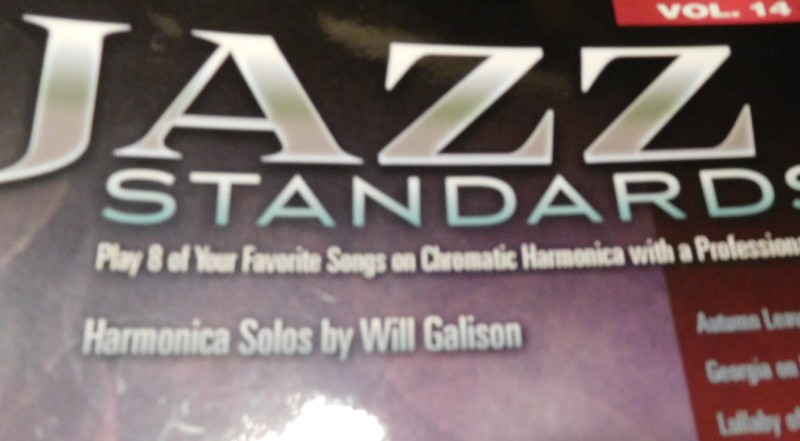 (At first I thought the question was about playing the song yourself, but perhaps you just mean writing a the music for the chromatic, in which case the following is not relevant to you as a composer, but to a musician playing the chromatic)

Practice your scales, going through the Circle of Fifths, and focus on spelling each scale correctly using the appropriate enharmonics. After a while it will become natural to name the slide notes based on the key you are playing in.

Not the answer you're looking for? Browse other questions tagged harmonica or ask your own question.

13
Why are notes on the harmonica laid out the way they are?
4
Is it possible to play all melody songs on 10 hole diatonic harmonica?
3
How to learn & play sheet music with diatonic harmonica
0
Music notations of sounds, from harmonica?
1
Choice of the names of the notes for harmonica tuned in keys different from C
3
C Minor Chord on a Chromatic Harmonica in the key of C
2
Chromonica (chromatic harmonica) notes relating to holes
2
Ways to accurately transcribe audible music to tabs
2
Why is F sharp the only sharp Major Diatonic Harmonica offered and why is there no G flat harmonica?
3
Playing Folk Songs on a Chromatic Scale (C) Tremolo Harmonica