Mental strategies to stay in time when improvising?

Here is a problem I encounter:

Sometimes I want to play music with people. We choose some chord progressions or Jazz tune to keep us together. I can keep this structure if I am playing a simple rhythmic or melodic accompaniment. However, if I let myself improvise freely, I quickly (or immediately) lose my place in the music.

What are some mental tricks to avoid this?

The obvious suggestion is: Count out loud and practice.

Are there other good ideas?

I play the piano, by the way. Cue jokes.

The obvious suggestion is: Count out loud and practice.

If I understand your question correctly, IMO that's not the obvious suggestion, although maybe in the end it amounts to what I'm going to say: If you're improvising and you lose your place, it's because you don't know the tune well. I had a teacher who told me many times: You need to know the tune well enough so that no matter how bad you screw up, by the time the next bar starts, you're back in place.

To improvise freely, the changes have to be automatic to you - reflex. That's what Charlie Parker meant when he said "learn the changes and then forget them": Get to the point where the changes are out of your conscious mind entirely - they have become reflex. Then you are free to 'play what you hear'.

So the solution is to listen carefully to yourself, and learn the changes well, so that know right away when you've drifted astray, and "get back to where you once belonged". Ultimately you get to a point where you know the changes so well that it's virtually impossible for you to lose your place, because you're on 'auto pilot'. I'm a bass player, so I have to learn the changes well. It has to be automatic for me unless I want to sit and stare at a sheet all the time, which is boring. But it's the same for anyone who wants to be able to improvise well.

An expert musician can analyze and digest changes on the spot and not lose their place. You're not up to that - you need to put work in.

To ingrain the changes in your head, a beginner must practice playing the piece plenty, and understand it theoretically as much as possible. As a rule, the better you understand a tune, the easier it is to remember. And when you practice, you must play the tune simply - the basics - the main melody line and the fundamental changes, paying plenty of attention to what your left hand is up to, because the bass end of a tune and its chords will usually outline its fundamental structure. You can always fool around a little to keep it interesting - develop the beginnings of improvisational ideas - but stick very close to the basics.

However, if I let myself improvise freely, I quickly (or immediately) lose my place in the music... What are some mental tricks to avoid this?

There is nothing worse than losing your place in the changes, except for a drummer or bass player losing the groove: If you screw up - play a lick or two that are off in la-la land - as long as you know you are off and know your place, you can recover quickly, the band can move on and nobody will notice very much. But if you lose your place and keep soloing, or you stop and stutter and hesitate, the wheels start to come off.

For the sake of music, here are some great minimalists at work:

Monk on a GREAT recording from 1959 - 5x5, featuring Thad Jones on cornet. The tune is Jackie-Ing. It's Monk's tune and Monk's session, but his solo is only one chorus, starting around 4:45 in, and is compromised of a few very Monkish abstractions built off of Jones's solo and then a stylized reprisal of the theme - that's his whole solo - it's less than a minute long:

Here's Ray Charles in 1957 covering Horace Silver's Doodlin - his solo starts around 1:20 in. Two quick choruses, less than a minute all told - but so clearly thought out and crafted.

I know you're not Monk or Charles and you may have entirely different tendencies, but if you're having trouble keeping your place, starting with a minimalist approach is the way to go IMO.

(Note in particular that in both of those solos there is a great deal of silence/space. I attribute that to two factors: 1 - those guys didn't play until they had a clear idea in their head/ears of what they were going to play - they took time to think and listen to themselves and the rest of band as they played [Contrast that with so many less astute musicians, who think that a great solo means blasting as many notes as possible into as little space/time as possible, while oblivious to their surroundings.]; 2- to make good music you don't just play notes, you also make judicious use the time and space between the notes - the silence is part of the music.)

And just for the "record", here's Muddy Waters with Little Walter on an early 50s recording: Sad Letter - featuring a guitar solo (@1:35) we can all learn a lot from:

And yes, the Stones: The Last Time - 1965 - Lip Synced from the recording. Guitar solo starts at about 1:35 in. Another great lesson to be learned from it this one: Simple, clear, well constructed and very tasteful and effective, IMO:

That same teacher told me 'when you start to think about how good it's sounding, you're heading for trouble'. Yes - that is for bass, and it's too true. But the concept is the same always, for any instrument - until you're a virtuoso, you need be mindful and not get lost in what you're playing. Pretend you're flying a supersonic jet in tight formation:: 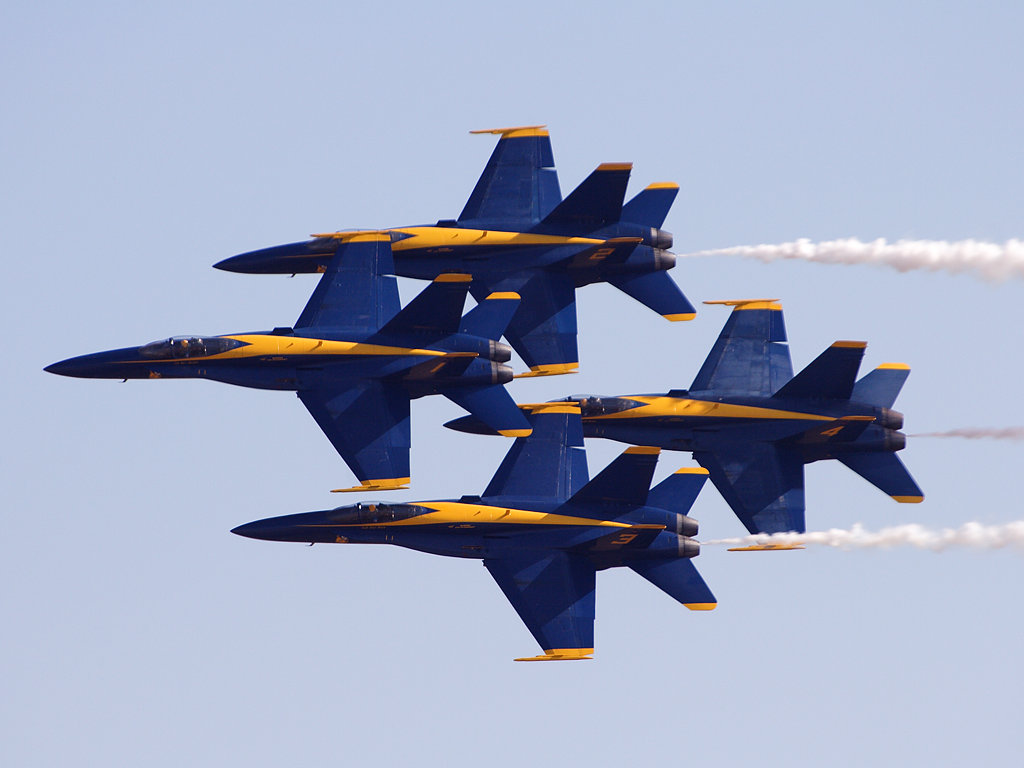 Lose track of what you're doing for a half a second, you could end up like this: 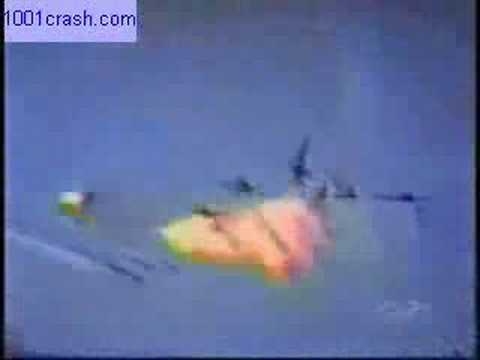 In most cases, this is the result of weak technique. When our technique is weak, our fingers move too slowly or too quickly when doing different tasks. We can't properly control our finger movements and tasks at different rates. Large stretches, small intervals, thumbing under, thumbing over, etc. all take different amounts of time. Some of these mechanics cause us to slow down while others cause us to speed up. This lack of technical mastery thus interferes with our ability to play the notes in-tempo and produces the scenario you've described.

I had a student with this issue, and we discovered that he only ever practiced with the metronome on beats 2 and 4. I recommended that he practice with the metronome on beats 1, 2, 3, and 4. (Personally, I've even spent quite a bit of time practicing with the metronome clicking on every eighth note.) It's important to practice at a tempo slow enough so that he could immediately catch himself when he strayed from the beat. This type of practice trains us to pay closer attention to the underlying beat and immediately correct our mistakes. By slowing down the tempo, he was able to play the passages correctly and evenly. He had enough time that his attention could successfully shift between:

If the tempo is too fast, the brain can't think quickly enough to attend to all three of these important tasks. By practicing them at slower tempos, we train our muscle memory and we train our brains to automate some of these three processes. This allows us to turn up the metronome and be successful at higher tempos. The trick is to increase speed progressively. But if we spend too much time playing at overly-fast tempos, we train our muscle memory to fail, reinforcing the incorrect technique.

The best thing I can say to this is listen.

Listen to the bassist and the horns (if they are playing some sort of background). Listen for as they move around the form so you can figure out where you are. For example, if you're playing a 12 bar blues and you get lost, take a second and wait -- you may start to hear the turn-around and then you know where you are. Or, you hear a IV and you take it from there.

Listen to the drummer as well. Often times, a drummer will add in a short fill or hit at the start of a form or a change to a new section. If you hear this you can figure out where you are.

In addition to that, practice trying to feel the form. Practice trying to feel 12 or 8 bars so you can know when one is starting and ending. Of course, this won't come over night; listen to the songs you're practicing a bunch and try to follow along the solos with form. Conducting and counting out loud can really help with this.

Something that can help you stay with the form is to sing the melody in your head during other solos. As you're doing this, your brain is connecting the melody it is hearing with the chords it's hearing underneath (from you and the bassist). Later, you'll be able to pick up where you are in the melody and therefore the form later just from the chords.

Combining all three of these -- listening to the other players and feeling the form -- will help you figure out where you are. Don't expect this to come quickly though.

Knowing the chord sequence inside out is an obvious one, so you can map out what you're playing in a sequential way.

Two opposites - one - always play the l.h. chords, so you have a structure to follow. Two - never play the l.h., so you can concentrate on the notes you want to play. (The second assumes there's another chordal player there).

Try swapping fours/twos, slowly, as on a slow tune. This makes you well aware of where you are (or where you should be!). It's not an easy trick, but it works well if there's another muso who empathises with you and your playing.

Those apart, the more you play, theoretically the better you get. Try playing along with tracks rather than bandmates. They are far less forgiving, and keep good time, too. Gradually lower the volume, but still keep playing along.

Not the answer you're looking for? Browse other questions tagged piano rhythm jazz improvisation or ask your own question.

25
Mental approach to improvisation
12
How to close the gap between ideas and capabilities when improvising?
8
Improvising "sparsely" on piano
8
What is a good way to train one's mental resources for improvising?
2
Improvising chords when playing blues
7
Improvising a Solo with Both Hands
13
Piano questions from a former bass player: Is it better to think in note names or think in intervals?
11
Keeping track of theme when improvising
2
Improvising Chord Progressions
2
Improvising: can't play what I hear (internally)