What is the name of this instrument with 2 strings? [closed] 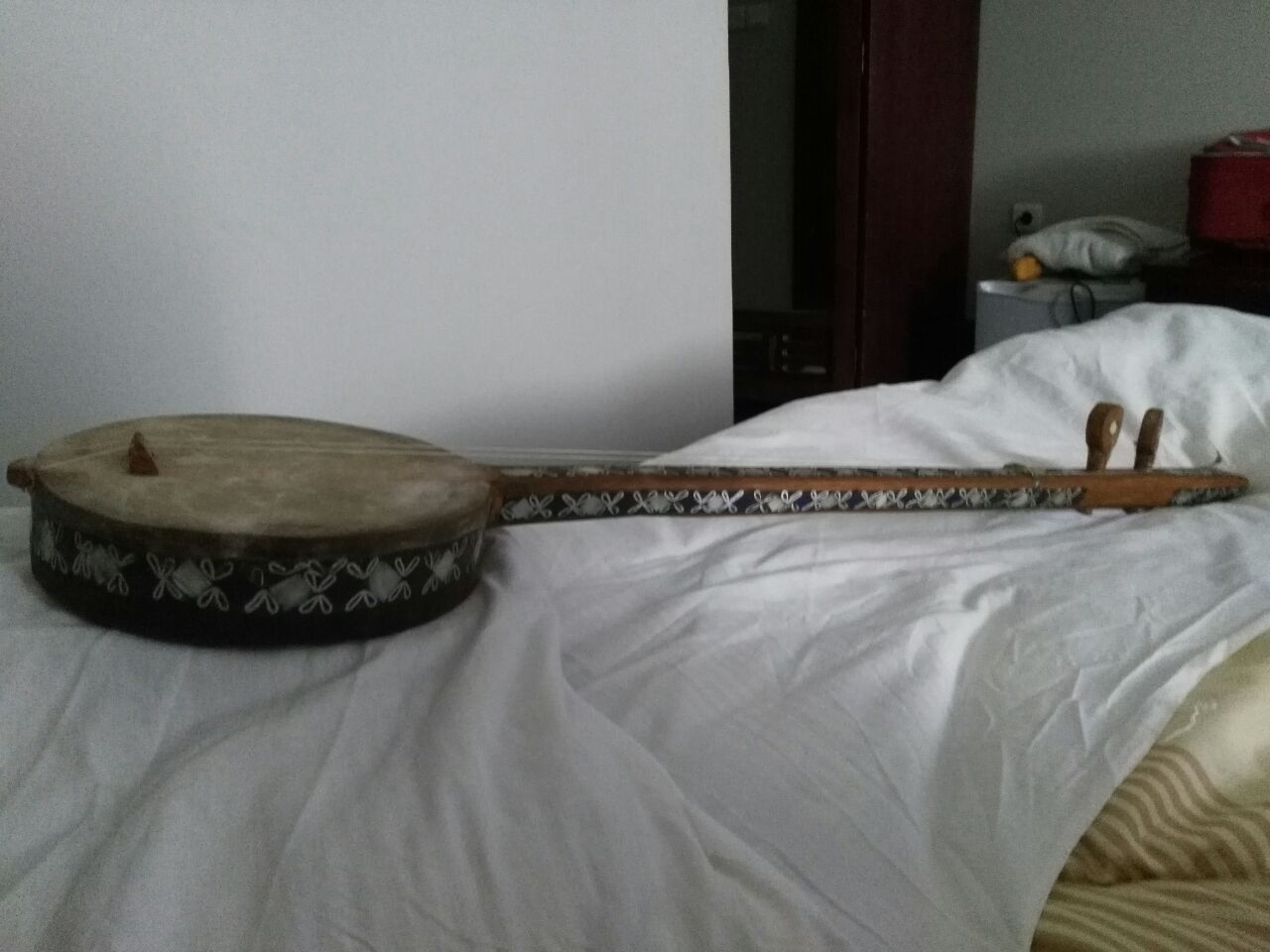 Hi, I bought this instrument in Kabul and the seller told me it was a dutar. But now that I'm looking at some pictures online, it looks different. Can you tell me what it's called? Thanks.

Edit: I'm going to add a couple of more pictures. The length is about 1 meter and it weighs around 700gr. The back is closed and it is wooden except the surface which looks like some sort of skin. The strings are nylon. 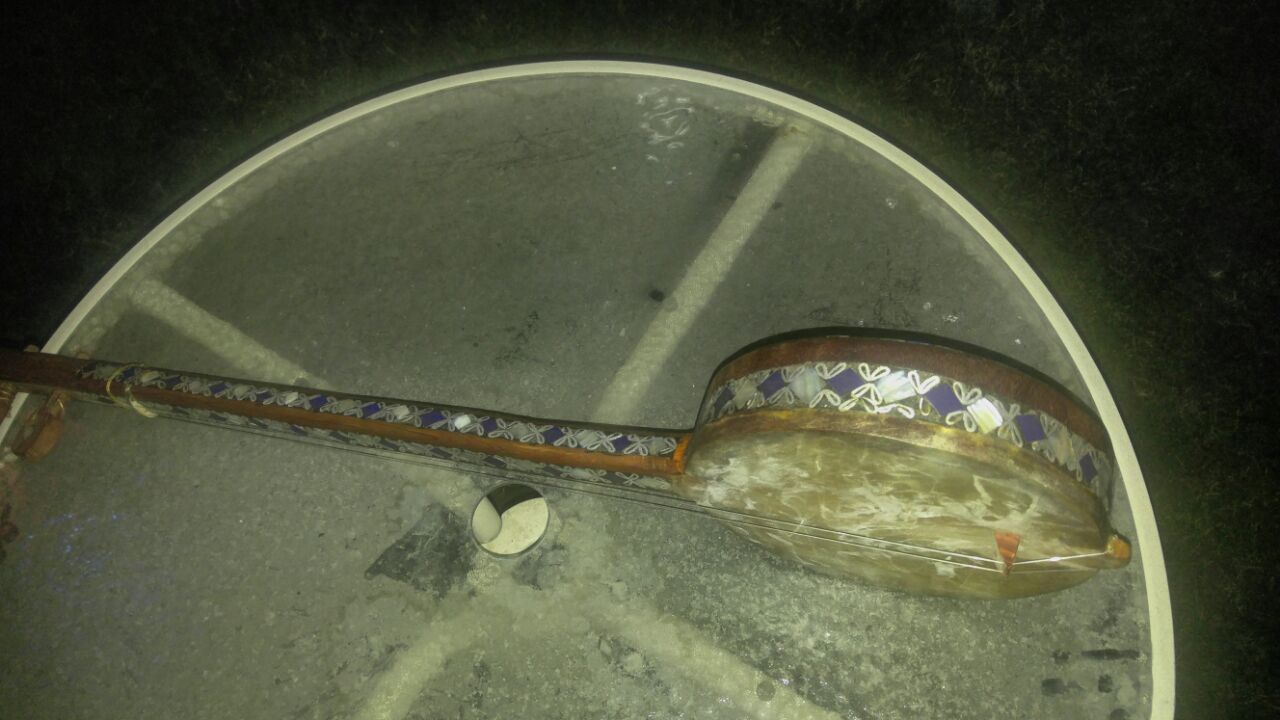 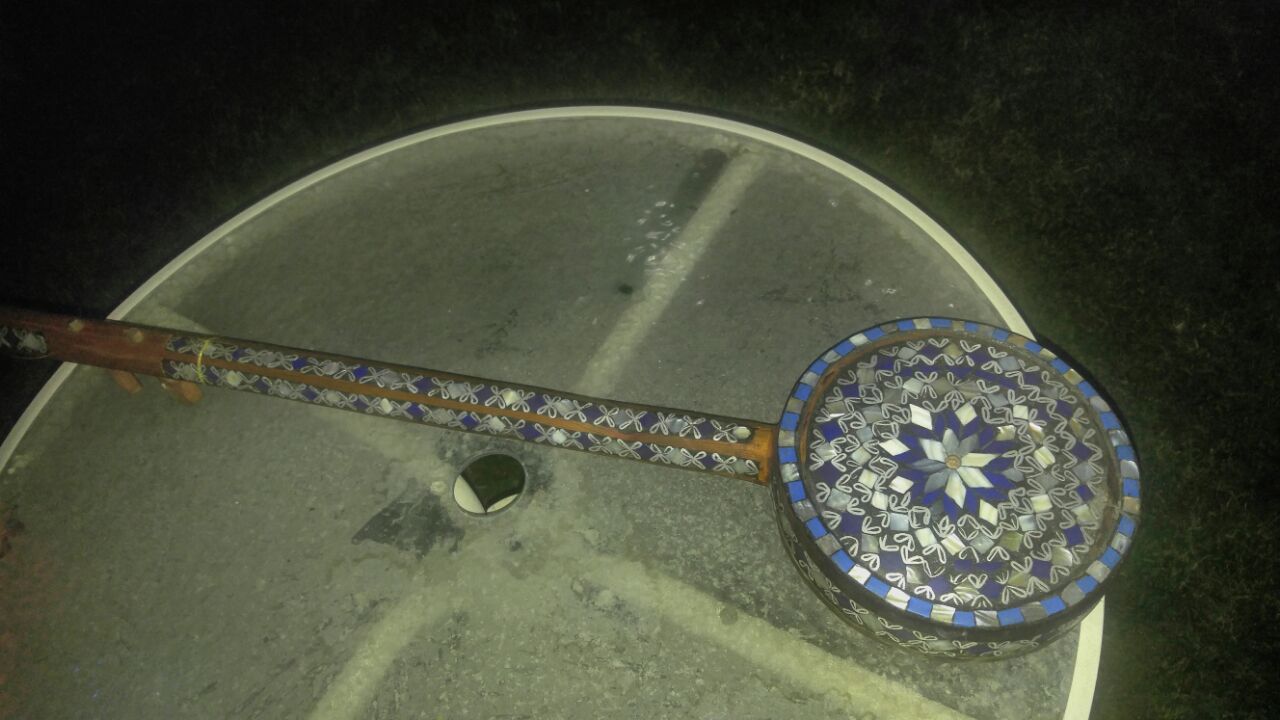 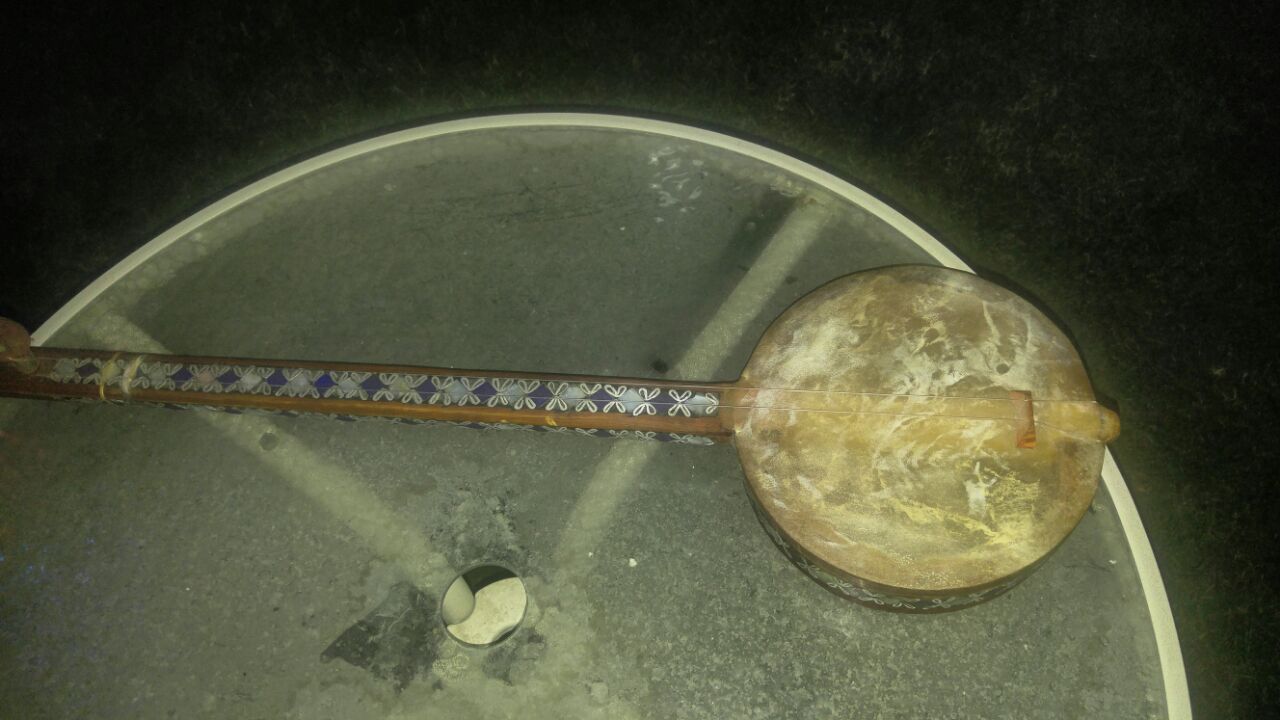 Looks like it's supposed to be a ghichak, which can optionally have a skin face or be a solid box.

But checking Google image search, apparently ghichaks having the pegs be on the front like that is not conventional - ghichaks have sideways pegs – and possibly unheard of. I think of vertical pegs being more conventional of African rather than Asian instruments, though I wouldn't swear to it; a quick google search of African banjos shows vertical pegs, but usually coming in from the back.

Also, a ghichak is supposed to have more than that one has of a stick pointing out of the bottom, which is functional – like the foot of a cello. By resting the instrument on that point, it gets the body up off the floor or the player's lap, so the box can resonate freely.

Ghichaks come in a wide variety of body shapes, the most famous being the double-bowl, but, really, any box on a stick will do.

Yours is awfully pretty, but it seems pretty odd. If it is supposed to be a ghichak, perhaps it is meant as a display-only item.

P.S. Also see gusle (Serbian) which at least has vertical pins, though coming in from the back, and morin khuur (Mongolian).

That probably is indeed a dutar, due to the number of strings. Its peculiar shape mirrors a variation found in the tambur. There are two kinds, the plucked mızraplı tambur, which has a fully wooden body and a heavily rounded back; and the bowed yaylı tambur, which has a skin head and a shallow back, like your instrument. So, it looks like you found a "yaylı dutar".

Not the answer you're looking for? Browse other questions tagged string-instruments or ask your own question.

8
Is there a mandolin-like instrument with guitar-like tone and range?
6
What do you call plucking the violin strings with the finger, rather than using the bow?
10
Why are Arabic Ouds built with 12 pegs when they usually are strung with only 11 strings?
3
What to do with bow markings when playing the score on woodwinds?
9
Is there a name for a violin with five strings?
1
Technical name of the slope on electric guitar body
5
HELP me find the name/brand of these two stringed instruments