When looking at the typical singing ranges for the different voice types (below), I find it very surprising that the differences are so small. For instance, the lowest note of a baritone is only a third lower than that of a tenor; same for a mezzo-soprano vs a soprano. When thinking about these neighbouring voice types in my mind, I'd expect the offset between their ranges to be wider-apart than just a third!

Is it possible that it is in fact timbre, and not pitch, that makes these voice types sound so different? Those timbre differences would, however, have to be such that, for instance, there's more energy in the high frequencies for a tenor than for a baritone, but that their fundamentals would still be only a third apart. I find that explanation rather hard to believe.

(Edit: as I write in a comment below, it's possible that the answer to my question is in fact best phrased in terms of tessitura rather than in terms of overall theoretical range. 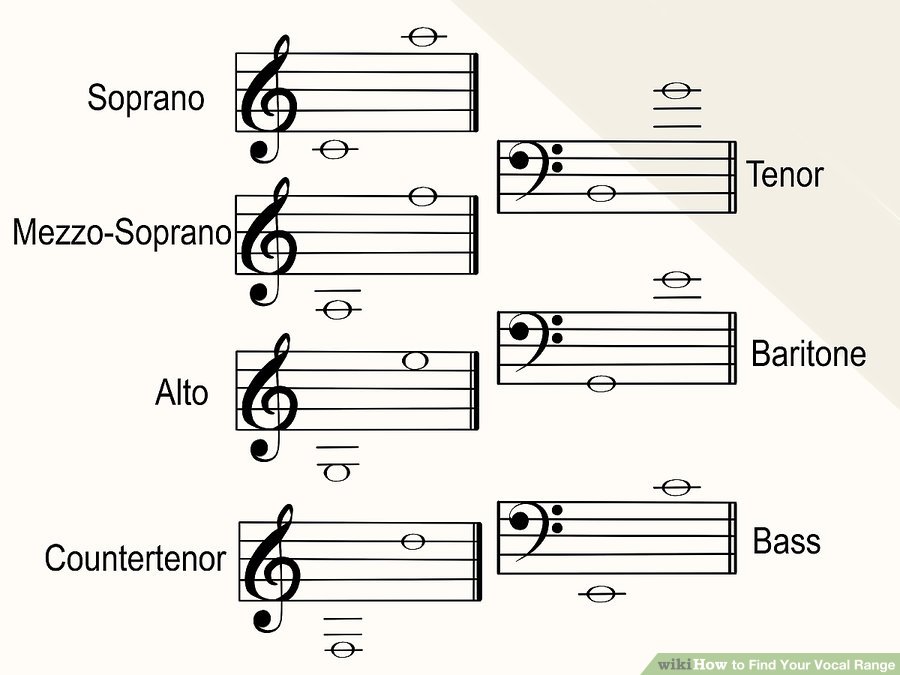 That chart is a simplification. It only represents what range one must definitely, positively be able to cover, in order to qualify for each voice type.

But actually, what you would consider the distictive sound of the particular voices is routinely out of the indicated ranges. A5 is not particularly high as far as soprano goes – F6 is often considered the upper end, and that's way higher than a mezzo soprano would stray. Likewise, most professional bassists can reach lower than E2, just it's not required that they're able to do it at full power (except for Basso profundo). But even a loud F2 says unmistakably I'm the bass, whereas a baritone would only develop comparable power in the midrange and a tenor by sticking out on top over the context.

11
Is there a standard range for a baritone? What is it?
11
What parameters decide one's vocal range?
10
What is the process by which singers identify their voice type/fach?
6
Vocal fach and passaggio
6
Is there a general explanation for why my timbre varies when I choose to sing at different ranges?
3
How to sing SATB parts as a Baritone
3
Can all songs be transposed to fit any voice type?
5
At which pitch does classical soprano start to sing in head voice?
4
passagio relative to tessitura
0
Are baritones a third below the tenors?