Sometime 2 years ago I started practicing voice leading for 4 voices, but since I had to spend all my time on school I kind of stopped halfway. Since I graduated I've picked up practicing it again from the beginning (using a book) and I'm somewhat confused about the rule regarding hidden fifths/octaves.

I have to harmonize connections on I - IV - V in root position, but I feel like it's nearly impossible to avoid hidden fifths/octaves at all. The book stated that they are OK in the outside voices if the interval in the bass is bigger than the interval in the soprano, but if they appear between the other voices, "the ear has to decide" if it's acceptable or not. Now my musical ear is developed pretty well but I think this rule is a bit too vague since what one thinks is OK, the other may disagree.

So my question: What exactly are the rules stating whether hidden fifths/octaves are acceptable or not? 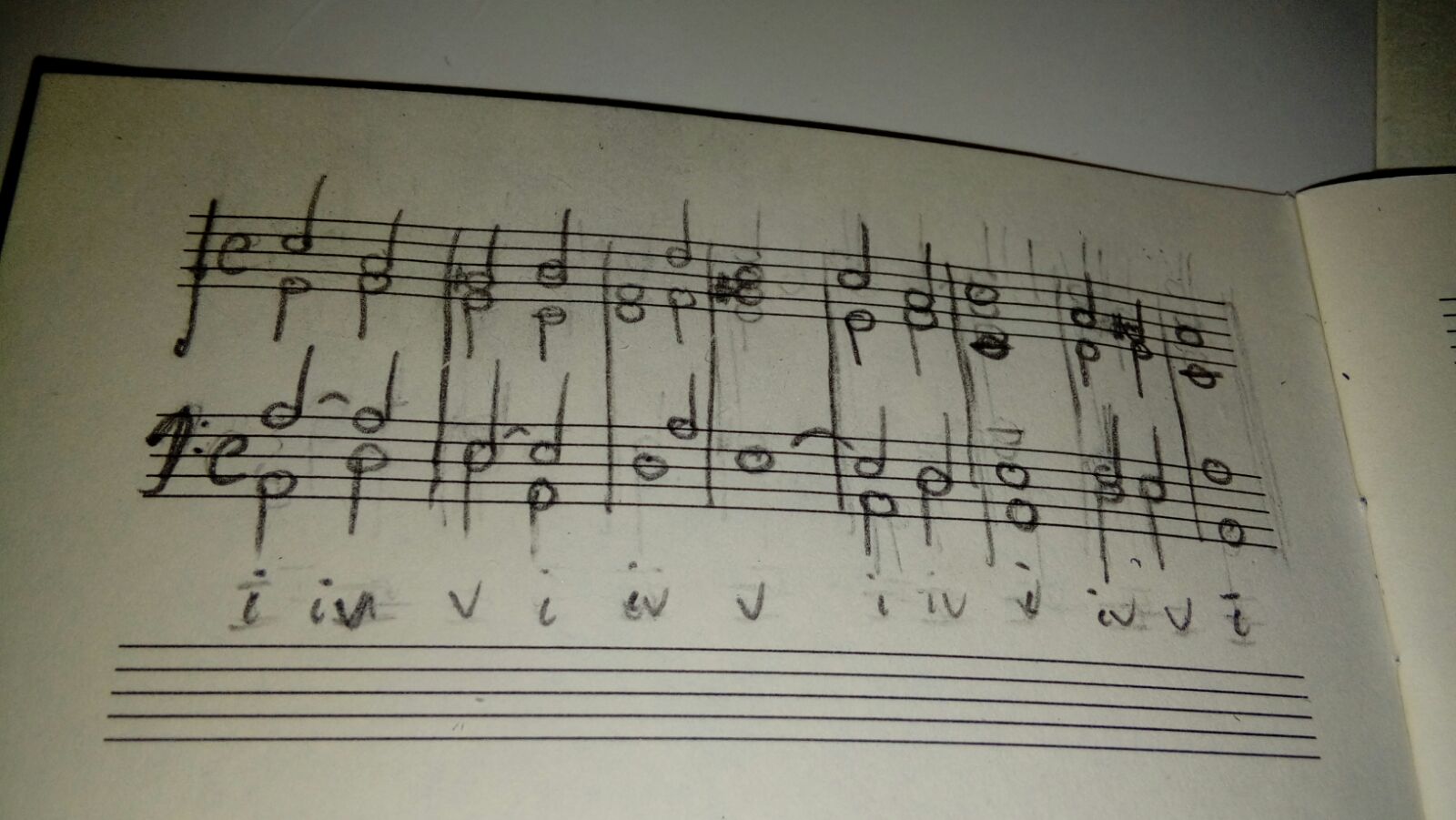 This is a little exercise I did yesterday. You get a given bass in root position and you have to harmonize the chords. I haven't checked the exercise entirely yet, but as you can see, there's a hidden octave between bar 2 and 3 between the bass and alto going from A - C to D - D. I could make the alto go from C to A below instead to avoid that, but then there would appear a hidden fifth between the tenor and alto and I believe that's worse than the current situation I'm having now. As far as I can remember my music teacher once said that they are allowed, AS LONG as the lower voice has a bigger interval than the upper voice. Can somebody confirm this?

Wow, you are worrying too much XD

The canonical answer is:

A hidden octave or hidden fifth is forbidden only if the octave or (perfect) fifth is formed by the Soprano and another voice, and that the Soprano is jumping (i.e. adjacent notes do not form a second, but is a third or further away). This is because, in such cases, hidden octaves and fifths are too conspicuous. In your case, both voices are inner voices, the the octave is allowed, and in fact is completely normal.

If you are composing real music, the more important consideration would be the style of your music. If you are not composing common period music, the problem vanishes XD

In four-part harmony, generally speaking, they are allowed between middle voices. Honestly they only become an issue when they occur between soprano and bass and the the soprano is the voice with the implied passing tone. Sticklers may point out your hidden fifth/octaves between the bass and soprano when the bass is making the leap, but you can see them all the time in masterworks.

You can avoid hidden fifths or octaves with

(a) Unusual doublings, e.g. omit the fifth in one of the chords and double the third, or

(b) Contrary motion. If the consonant passing tone results in an antiparallel octave or fifth, it is OK. When moving, for example, from IV to V, it is common for the bass to ascend and all other voices to descend.

You could also avoid them by using an anticipation or suspension. This is sort of cheating, but there are examples of Bach doing it so it must be OK, right?

It depends! Your fourth up in the bass and second up in the alto could be a permitted "horn fifth" or may be absolutely forbidden, depending on the style of counterpoint. Here's Schoenberg on the topic, from "Theory of Harmony" page 61 and following:

Hence, exceptions were established, declaring: Hidden octaves and fifths are permissible provided they occur between two middle voices, or at most between a middle and an outer voice, so that they attract less attention. And: hidden octaves are better when one of the two voices moves by step and the other leaps a fifth or a fourth. Or: it is 'least objectionable' when the upper voice is the one that moves by step, say, from the seventh to the octave, or from the third to the fourth.

(There is also the "Mozart fifth" but Mozart apparently mostly used parallel fourths instead of parallel fifths for those...)

1
Harmonizing melody exercise question with specific parameters
4
Do the notes of a chord form parallel octaves, even when they are not played simultaneously?
2
Homophonic Voice Leading (Hymns)
2
2nd opinion on voice leading program
2
Is there a rhythmic counterpart to voice leading? Is counterpoint supposed to fulfill this role?
2
Is a voice exchange in 4 part harmony possible with 6ths in the outer voices?
2
Why are parallel 5ths not allowed in part writing but reducing to 3 voices is?