If pedaled, must I keep holding a key down? 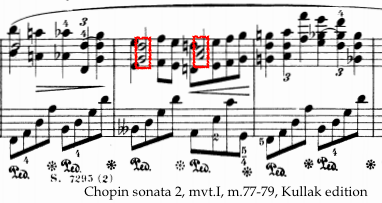 Such instances are abundant within this piece, and this is certainly not the first time I face the dilemma. If I hold these key (gb4, db5, ab4, c5 in my case) down all the way as indicated, I feel I am more faithful to the original intention of the composer. But if I release them, I play better and more comfortably. And after all, what is the significance of holding these sustained notes (the half notes mentioned above)?

The half notes should sound their duration and form a line of their own. The question is how to achieve this. If you use the dampener pedal, all no longer struck notes will get finished in the same manner.

Now the shorter figures in the bass have their own character and are somewhat independent with their overlap and individual capacity of being cut off by unpedaling. The other treble notes form melody lines where each sustained note is followed by an adjacent note, so the basic "attention" moves on.

That makes the question important just how you are going to end the sustain. Letting the last note of the melody and bass lines stand out when unpedaling does not make sense, so the unpedaling action should be rather brief.

That means that your long notes are probably fine being held just with the pedal. However, you want to let them keep some basic weight over the accumulating sustained notes, so it would be good if you manage to strike them more distinctly/louder than the simultaneously starting "shorter" notes that are actually sustained just as long.

So just to get a bit of a feeling for the long notes: if you have the skills required for holding the long notes while playing onward without needing to practice a lot, it may make some sense to try at first not pedalling at all and playing as written, just to get a hang of the voice leading you want to have more or less in the end.

It might also be possible to strike the long notes slightly before the shorter ones (so basically the reverse of the written order) to have them stand out with a slightly different point of articulation while not then interrupting the faster line. You need to try it out to see whether this works in your desired speed and interpretation.

Basically when you record the result, it should sound like what was written: consider the score a hearing rather than a playing instruction.

I would advise not to hold the keys down.

You said "I feel I am more faithful to the original intention of the composer", but what was really his intention, physically holding down the notes, or making the notes sound during their duration? It's surely the second choice.

"And after all, what is the significance of holding these sustained notes?" Those notes are certainly very significant. They create a different harmony, try playing without them and listen at how it sounds.

There's no point in hanging on to those notes. That's what the pedal's for. If it's already held, then those notes will join the ones you've already held the pedal down after playing (but not let go till the pedal is deployed).

You could use the middle pedal, but there is no point.

In my opinion you should hold the keys down (at least for a while). But there are different points which influence the answer.

Not the answer you're looking for? Browse other questions tagged piano technique classical-music keyboard-pedals or ask your own question.

4
The Kokyuu! (Holding down strings on bowed instruments)
2
Understanding the ending of Debussy's La fille aux cheveux de lin
0
When to release piano sustain pedal
2
Beginner at piano and I don't seem to have good inner tempo/pulse
3
Holding violin bow without pinky
6
Key down weight for digital piano
15
On a piano, are the effects of holding notes and the sustain pedal the same for a single chord?
7
Piano: hold note but also free up hand to play other notes
1
I must hold the notes?
1
Should I hold down Arpeggios for their duration?