What progression is most commonly used together with the '50s progression?

I have I-vi-IV-V repeated three times (I think it's called the 50s progression) plus turnaround I-vi-ii-I, and want a similar progression repeating afterwards but that subjectively feels at a higher pitch.

I tried V-iii-vi-ii and V-iii-I-ii, with turnaround V-IV-iii-ii, but I'd like to know what would be the most commonly used progression for this propose.

The chords I'm currently using are: 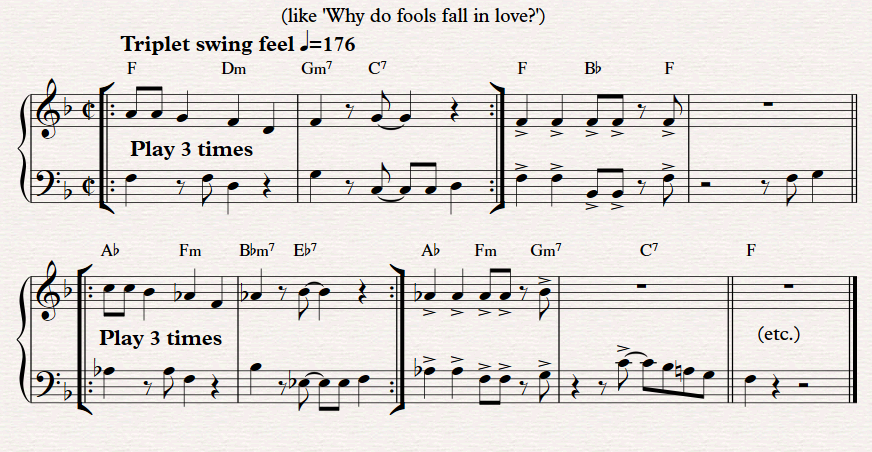 There's another popular sequence that has been used from the 1700s until the present: I7-IV-ii65-V7 (with various other inversions possible.) One can get a nice progression of AABA' using I-vi-ii-V, I-vi-ii-V, I7-iv6-ii6-V7, I-ii-V7-I; the vi chords can be replaced with IV chords and the I7 with I and the iv6 with an iv or IV or IV6 or IV7 or similar.

'Why Do Fools Fall in Love?', recorded by Frankie Lymon and the Teenagers, features a simple I IV I I7 turnaround leading to the bridge.

Not the answer you're looking for? Browse other questions tagged composition chord-progressions or ask your own question.