Do all scales of A start with note A?

This is the list of scales of A from wikipedia, 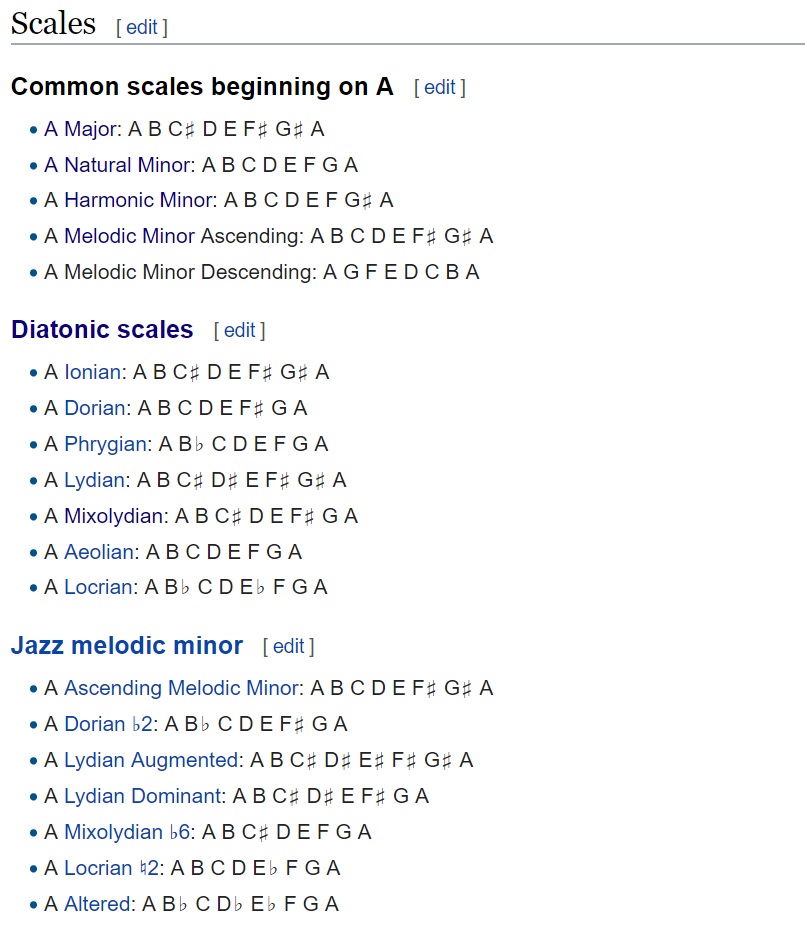 Yes. Scales are given names based on their root.

If you were to play, say, an A Major scale but instead start on B, you're actually playing a B dorian scale (even though they have the same key signature).

The 'home' note of any key needs to be the one it's named after. Scales are just what it says on the tin. They're notes from a particular key, grouped in ascending and descending order. We like to order things - it's human psyche.

While each of the modes (and there are minjor modes too) contain each and every note from the parent scale, they each have a particular root, or home. Thus D Dorian will contain the same notes exactly as C Major (Ionian), but pieces in D Dorian will centre around D, not C.

The natural minor is a mode of its relative major, and goes back in musical history to the very beginning of modes/scales. It's also known as the Aeolian mode, and also contains the notes of the descending classical melodic minor, which has changed 6th and 7th noteswhen acsending, to better fit the melodic (no surprise!) way that notes sound against each other.

So, in summary, a scale will have the name of the one note that all the contained notes will gravitate towards in a piece - those notes now in ordered fashion. Those containing a minor third away from their root note will appear to be minor scales/modes, while those with a major third at that point will sound major. Incidentally, the original 'Greek modes' are somewhat different from the modes we tend to use now.

To further elaborate, you ask what's the point in having the same name for two different key sigs. In majors certainly, the notes that are not 'white keys' will need to be known to a player reading the piece - hence key sig., and it just happens that some of the keys have the same 'black notes' (# and b), so those need to be part of the plan. It's interesting that D minor key, for instance, has one flat, just like its relative major F, but using the harmonic minor scale notes, there's always a C# involved. So why not include that in the key sig? It's a case of well, the rules are already getting a bit complicated, aren't they?!

39
What's so special about minor and major scales?
3
In what order should I learn all the theoretical concepts for piano?
11
guitar scales: where to start
6
Associating chords with scales
1
Is C-7 chord associated with one of the three minor scales?
4
Learning Minor scales through 7 patterns (Guitar)
4
What comes after Locrian?