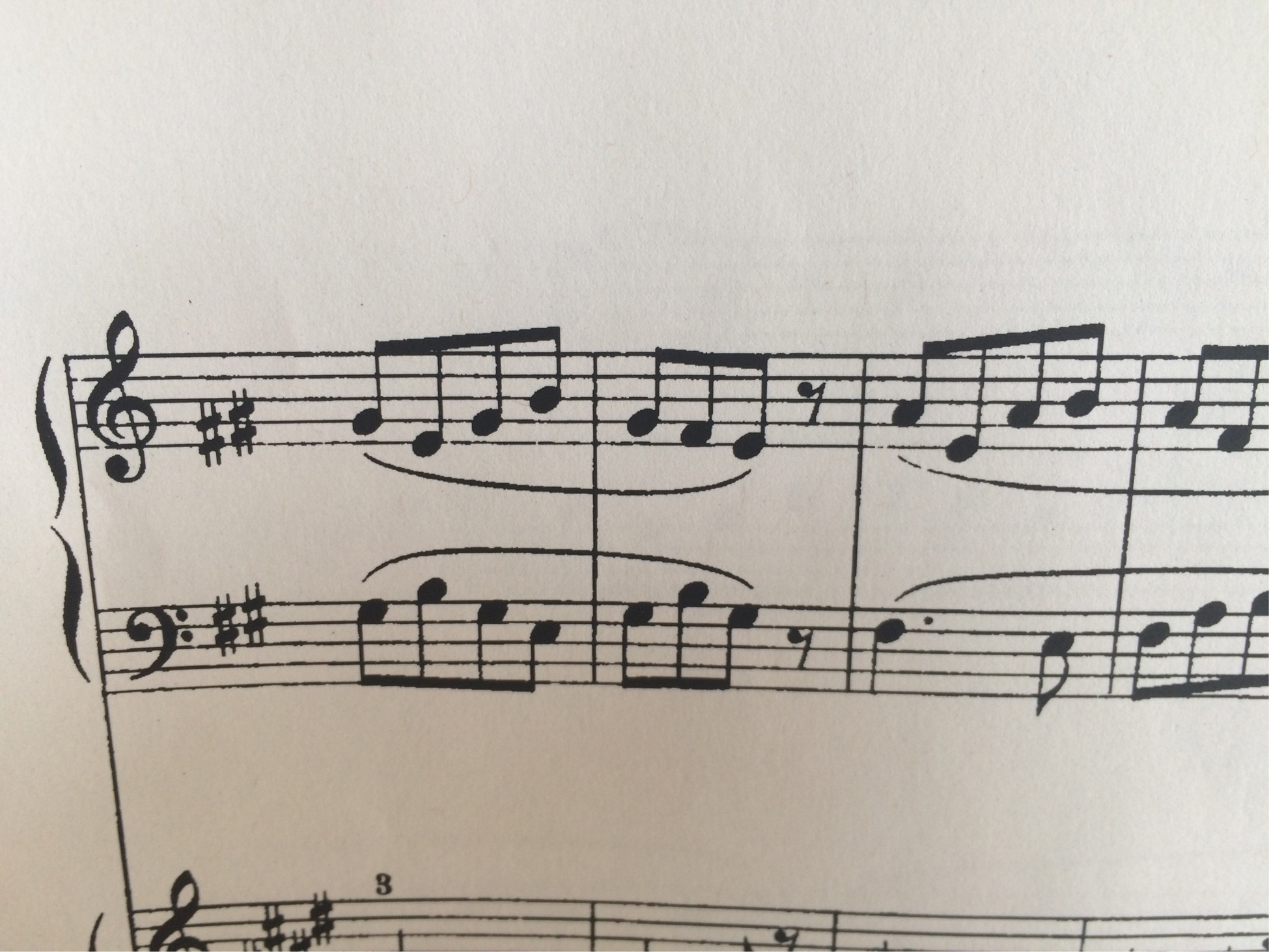 I must have come across a long time ago and didn't understand it so crossed it off. 4 years down the line I still don't get it.

What is this key signature? It doesn't correspond to anything I know? Am I missing something?

Bitonality refers to the use of two different key signatures at the same time. Bartok was known to use bitonality, and from the image you've attached, this exercise appears to utilize bitonality. The first system (the one on top that is fully visible in your image) appears to be in A melodic minor. The melodic minor scale uses a ♮6 and a ♮7 rather than a flatted 6 and 7:

In more traditional classical music contexts, A melodic minor strictly applies to the ascending form of the scale. Whenever the scale is used in a descending fashion, one would use A natural minor scale (♭6 and ♭7):

Accordingly, more traditional pieces would notate this key signature with no sharps and flats, thereby indicating the key signature of A natural minor. Then, whenever an ascending form of the scale was used, sharps would be written in front of the F and G, thus achieving the melodic minor.

Bartok, however, is breaking from this more traditional approach. He is notating the song as A melodic minor rather than A natural minor, and in the bit of the song that your image shows, he is not using the natural minor scale at all. Moreover, the second system (which is only partially shown) appears to be in an altogether different key (perhaps E maj or C♯ min), which is yet another departure from more traditional music. These deviations are intentional, and so is the non-standard notation. Once, when talking about a different of his bitonal songs, Bartok said this:

this half-serious, half-jesting procedure was used to demonstrate the absurdity of key signatures in certain kinds of contemporary music.

That quote can provide a useful context for understanding and interpreting pieces like the one you're playing, which deviate from the "rules" we learn in traditional music theory courses.

Bartok was very fond of using folk melodies in his pieces, and I would suspect this is one of them.

There are countless examples of Eastern European melodies that don't fit the Western classical mould of an orderly increasing number of sharps and flats in regimented positions working out from C major. F# G# is, for example, a perfectly common Macedonian tune key signature when the melody is transcribed into Western notation; the notation is, after all, a closest approximation of the actual scale of the melody possible within the rules of Western standard notation, whilst the melody may actually include notes that tuning-wise fall outside the rules of equal temperament.

Looks like 2/4 or 4/8, but it should be explicit, inscribed immediately after the key signature - which, by the way, seems wonky as well (treble key signature should be written up one octave from where is it now).

There isn't a time signature. Presumably you are talking about the key signature which would rather obviously appear to correspond to melodic A minor. Of course nobody writes it like that, but it could be an idiosyncratic way of notating it.

However, the barely visible half system at the bottom that should likely be played at the same time has a different and again non-standard key signature. So it would appear that something else is up here.

I'd be guessing at "Scordatura", notation that writes stuff as it is fingered on strings with a non-standard tuning. But the first two systems are treble and bass with a brace, notation that is common for large-tessitura instruments like the piano, and those are basically never played in Scordatura.

So more context is likely warranted to make a determination as to the composer's intention. Maybe the half-visible system is for a transposing instrument in B♭? In that case, it would be written like melodic B minor, using sharps on C, F, G, A. Nope, and there also is a brace likely indicating a combined instrument.

So you'll need to provide more context. This does not as to yet make a lot of sense.