What is this japanese wooden instrument called? [closed]

Ask Question
Asked 3 years, 10 months ago
Active 1 year, 3 months ago
Viewed 487 times
2
Closed. This question is off-topic. It is not currently accepting answers.

Yesterday I stumbled upon an interesting percussion instrument:

The instrument takes the form of an oblong wooden block with 12 small round holes (6 at each far end, spaced evenly along the smaller width) connected by some sort of cut-out-trenches in a more or less aestethic manner. It seems to be played the same way a xylophon is played, the trenches/barriers likely modifying the way vibrations propagate, thus modulating the eventual sound. 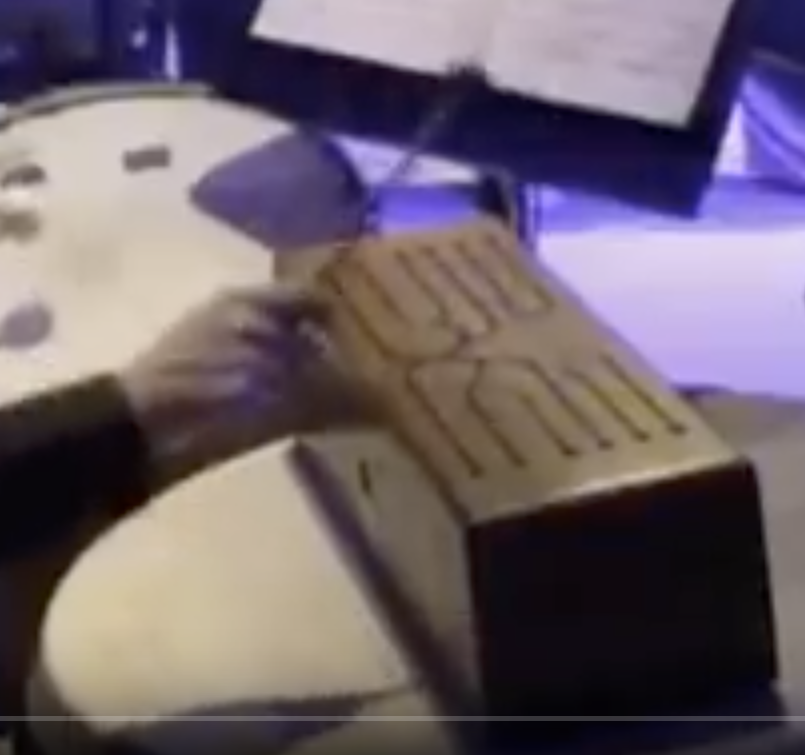 Probably one of the oldest instruments used by Man. Originally made from hollowed out logs - hence log drum, used for sending messages (jungle drums?) and can be made from metal, in a way resembling steel pans, but with vibrating tines instead. It belongs to the idiophone family.

Made from wenge wood for the top (tines), and padouk for the sides and bottom, as resonators. Often tuned in pentatonic - so could be construed as 'Japanese', possibly. Usually an octave and a half/ two octaves, C and F seem to be common, but some just produce a more percussive than pitched sound.

Not the answer you're looking for? Browse other questions tagged percussion or ask your own question.