Four dotted sixteenths in a triplet 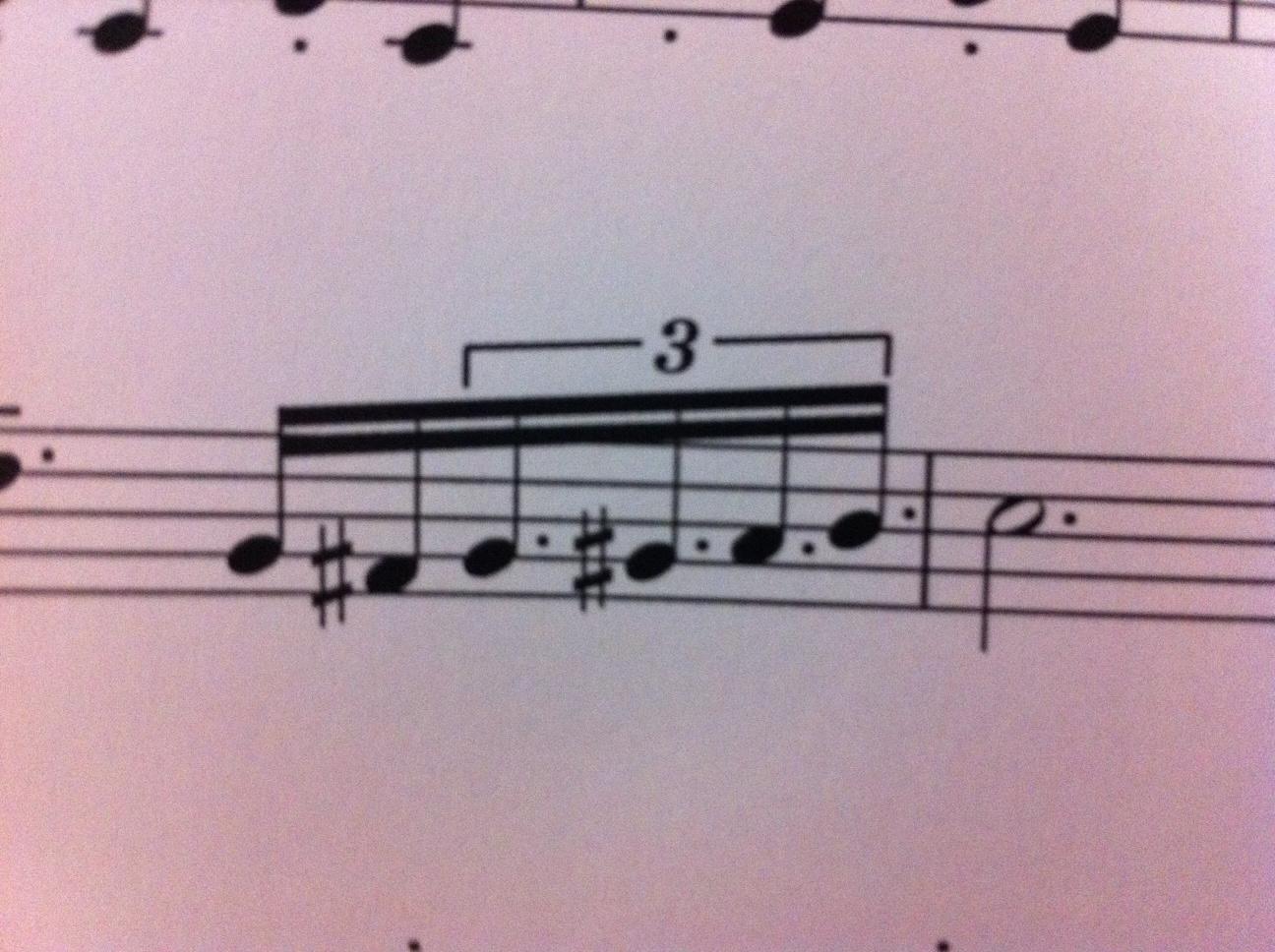 How should I count this?

As far as I can tell, the composer's either having a mathematical in-joke, is trying to be "too" clever, or he's just a little confused.

Either way, the short answer is that you should play/count that passage in exactly the same way as if the semiquavers (16ths) weren't dotted, and the triplet marking didn't exist.

Why? Well, let's look it it mathematically if not musically (I'll use British note names if that's ok - it's less confusing when talking about quantites and note lengths in the same sentence):

The piece is in 6/8 time and 4 of those 6 quavers are accounted for prior to the dotted semiquavers:

So, the 4 dotted semiquavers are representing the last 2 quavers' worth of time in the bar.

The triplet marking tells us that instead of just 2 quaver divisions, we need to squeeze 3 into the same amount of time - in other words, we'd expect to have to use 6 semiquavers (= 3 quavers).
The effect of squeezing three of anything into the space of two, is that all three get reduced by a third - or multiplied by 2/3 if we're being mathematical (and we are)!

However, we only see four semiquavers in the score - but all 4 of their lengths have been increased by half again (that's what the dots mean).
Increasing "by half again" is the equivalent of multiplying by 1.5 - and 4 semiquavers x 1.5 = 6 semiquavers!

To put it even simpler, all that's happened is that we've had to reduce our quaver lengths by a third (observing the triplet marking), then immediately increased them by 50% (as per the dotted notation).

2/3 x 1.5 = 1 - in other words, we end up with exactly what we started with. The fact that we're notating the 'squeezed-then-stretched' notes using dotted semiquavers is just a distraction in trying to understand what's going on here.

I can't work out whether I think this composer's a comedy genius or the musical equivalent of the nerdy kid at school who annoyed everyone by trying to be a little too clever.

22
Performance practice of Viennese Waltz
10
In piano music notation how are notes distributed between the staves?
3
How to indicate left hand for piano sheet music
6
Circumflex in classical guitar notation
9
Reinforcing meter when dealing with alternating 1/8 and 1/16 notes and rests
2
Kruger Andante - What am I missing on how to play this dotted half note?
5
Notation: What Octave is This?
0
How to notate staccato on notes tied across a barline?