How do I play this slur in 'Cockles and Mussels'? 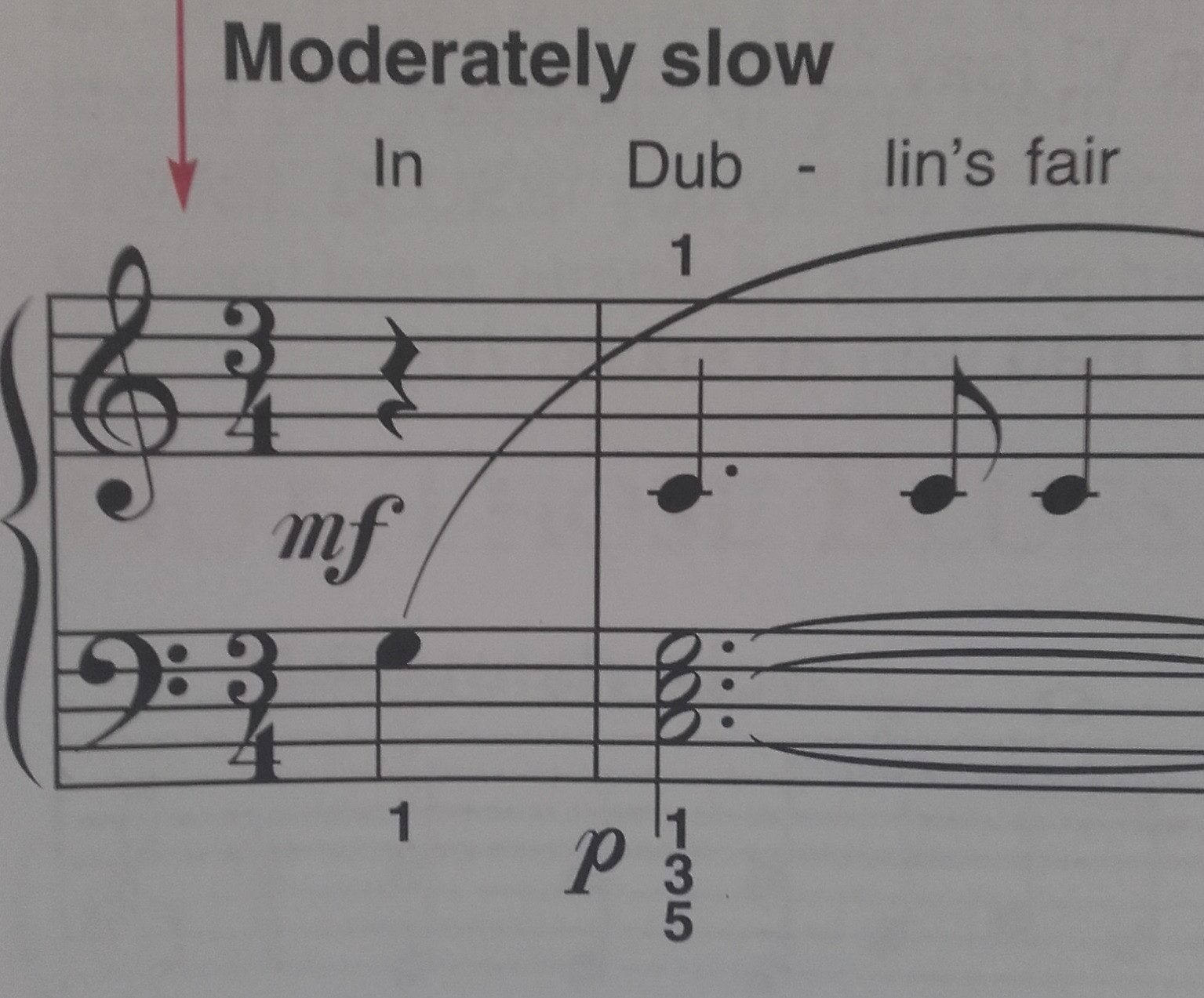 Do I simply play both hands legato? Does the slur mean that anything that falls beneath it for both hands are to be played legato? I thought I knew how legato worked, but I'm not sure anymore.

The phrasing slur does not concern the accompaniment starting at the full bar.

The "slur" is not a slur - it is called a phrase mark. They look similar, but a phrase mark is best thought of as how you would phrase it if you sang it. Slurs should always be REALLY clear as to which notes are slurred together. Note that not all notes under a phrase mark should be slurred. You may interpret and present the melody as you prefer it! (Slurring a repeated note would be considered 'odd', and the first bar in the RH is all on one repeated note)

The first note of the song, an anacrucis, could have been written as a G with a couple of leger lines, under the treble staff, and thus played with r.h. It's slightly confusing as it has been written on the bass clef, making the slur travel from one stave to the other.

As such, yes, it's played legato - if you were singing the words, they'd be legato, wouldn't they? All legato means is played smoothly and joined up together, as 'in one breath', so to speak. And, slurs (and phrase marks) are relevant to the notes under them, in that particular clef - which here is a little confusing, and didn't need to be.

As far as the triad is concerned, that's going to come out legato, as a single chord held for two bars - can't be helped!

This is obviously music aimed at a fairly elementary student. A decision was made to give priority to maintaining hand position. There's a clear instruction to play the first note with the LH. It makes it slightly harder to phrase musically, but easier to not hit wrong notes! That's OK, at this level.

Not the answer you're looking for? Browse other questions tagged piano technique legato slurs or ask your own question.

1
Curved line that connects treble staff and bass staff
0
How do I play this part in 'Alouette'?

12
Is there a difference between a slur and legato?
4
How to play a piece "cantabile"?
2
Dotted slur and two lyric stanzas with different amount of syllables
5
Notes preceding slurs: legato or not?
3
Why is alberti bass so tiring?
1
Legato and staccato in Mozart?
2
Slur and tie confusion
4
In the "Puff the magic dragon" piano sheet music is the slur being applied to both staves?
5
Why include both "sempre legato" and slur marks?