What is this third staff in G clef and how am I supposed to read it?

I once received sheet music from another pianist. Years later, I started actually playing the piano, and I'm trying to figure out how to read sheet music.

The basics are pretty... well basic. However sometimes I stumble upon weird stuff, like this: 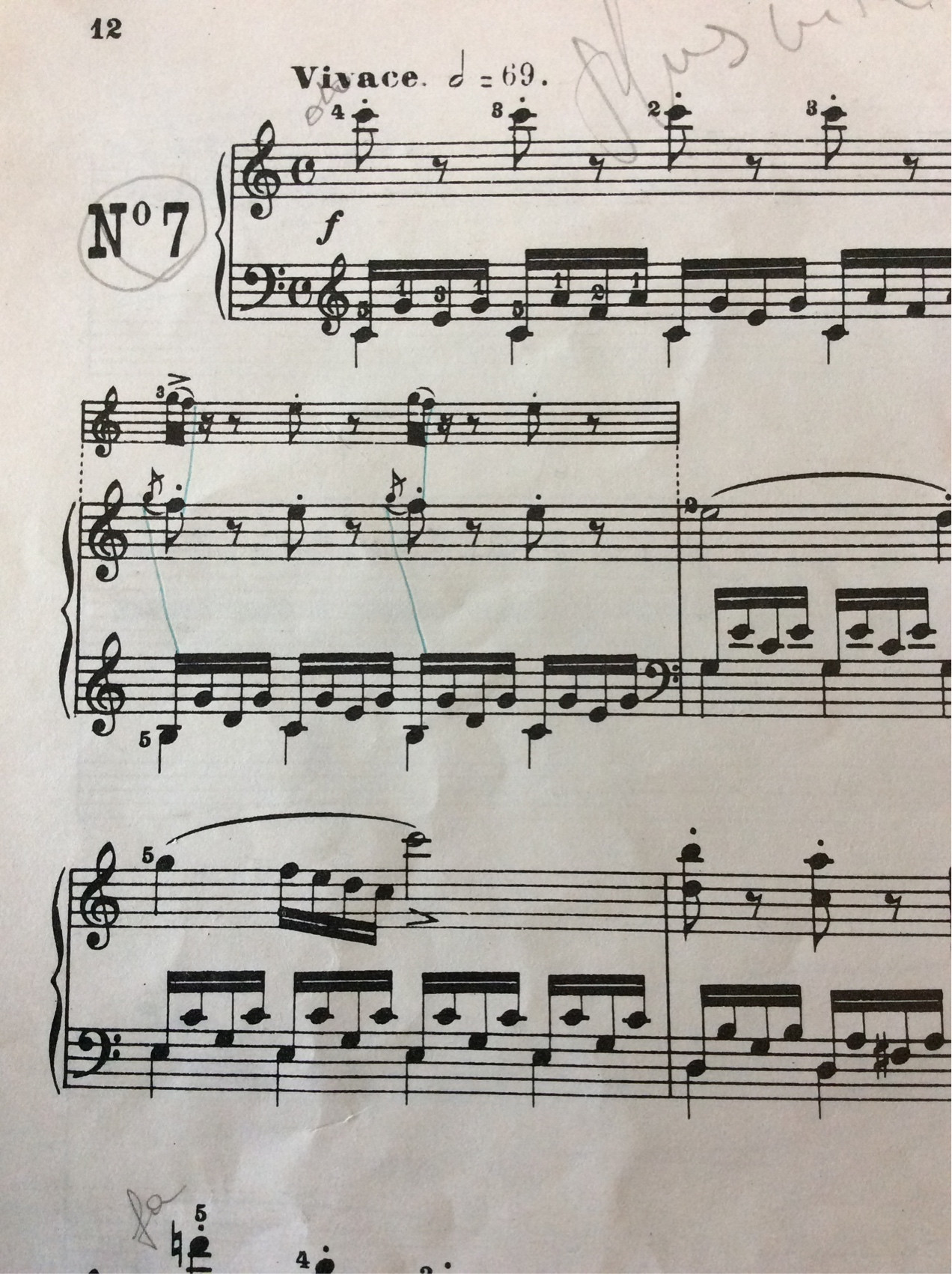 See that second line there? Right below the "N°7", there's a smaller G clef staff above the other two.

It is an "ossia" staff. They can be used to show how to play a particular ornament like a trill. However, in this case it more likely shows an alternative execution: the main staff shows acciaccature (which are played before the beat) while the ossia staff shows an execution on the beat. So in the main staff, you'd play the "f" of the eighth note on the first beat while in the ossia staff you'd play the preceding "g".

Either that, or the original composer uses uncommon notation and the publisher adds a note for the actual execution.

An alternative version will more likely occur for every similar execution while an execution hint will likely only be used for the first occurence (possibly the first bar).

But that's not really a hard and fast rule. With the given quoted amount, I'd not really be sure which interpretation to employ here.

It's just a helpful version of the proper treble clef, showing how to play the ornaments.

You're not intended to play them both. And in this case it isn't really an ossia - an alternative version. It's just conveying the editor's opinion of how the ornament should be played. He wants it on the beat, not before the beat. The connecting line that someone has pencilled in indicates the same thing.

Not the answer you're looking for? Browse other questions tagged theory piano notation sheet-music terminology or ask your own question.

44
As a guitarist, how can I learn to sight-read music?
0
How many measures/bars per staff?
3
Difference between violin and piano sheet music regarding notes on treble clef
8
What symbols on piano sheet music show what hand should play what?
0
Names of the staff lines and spaces
6
What clef is this? (Baroque, Vivaldi)
15
What techniques do you use to read sheet music faster
5
How do you know which order to play stacked notes in