I would like to know of examples of augmented chords of type 5# (I do not refer to 6th) in classical music, I know the theory for the formation of this type of chords (C aug or C+ or C(5#)-> C, 3ª major interval -> E and 5ª augmented interval -> G#), I have learned many examples in popular music and jazz but I would like to know in as much detail as possible examples in classical music.

Before I start, note that oftentimes these "augmented triads" in classical music are not bonafide augmented triads but actually just dominants with a brief chromatic passing tone. But not always!

Now, there's really no better one-stop shop than this terrific minuet by Mozart (K 355). Here's a score, and below is a sample of the opening measures; check out the augmented triads in mm. 1, 5, 7, and 9. (Whether they truly "are" and function as augmented triads is a much longer discussion; but they do momentarily create augmented harmonies.) 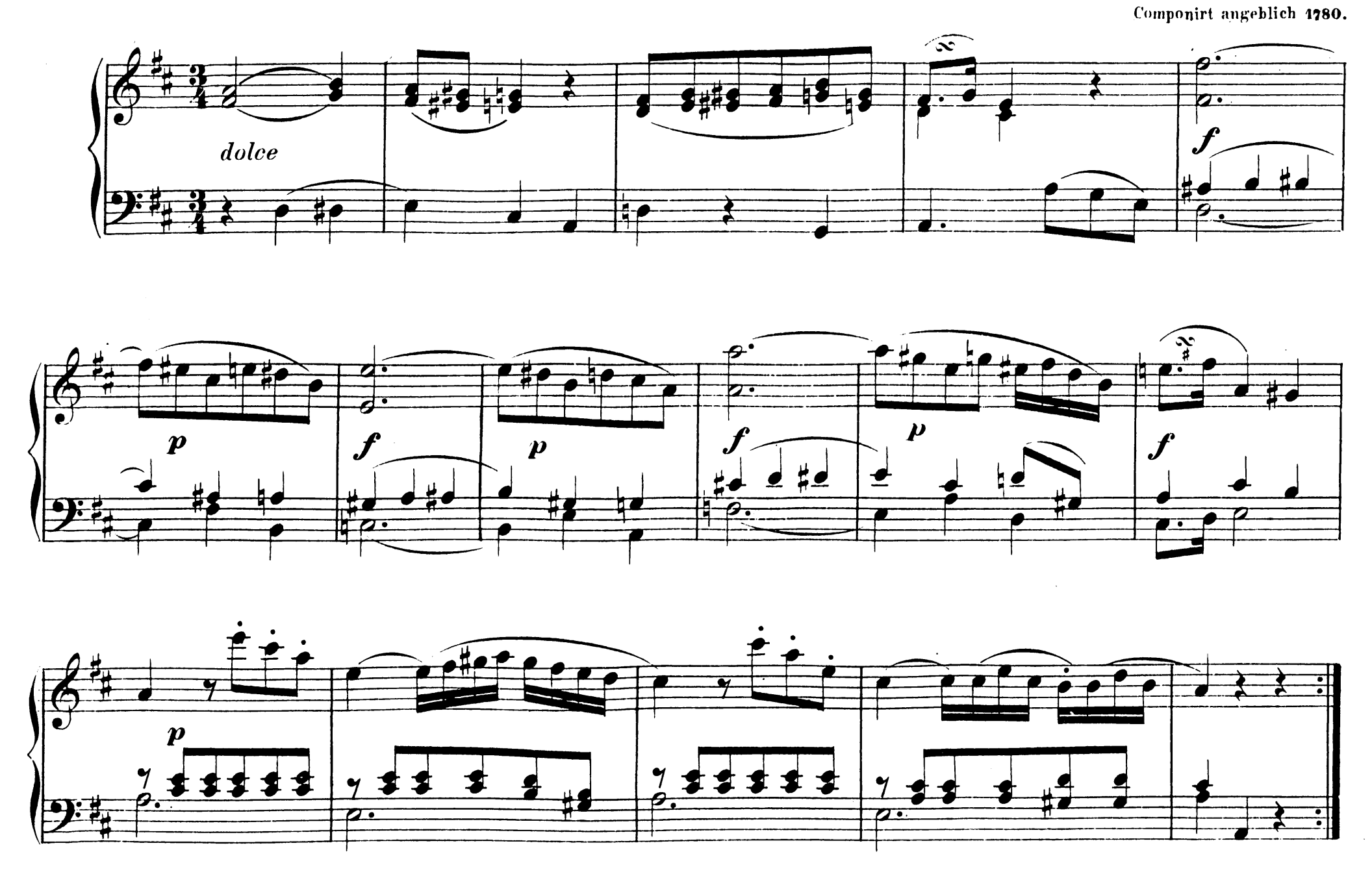 And since I've got Wagner on the brain, here are some other ideas.

I've linked the music; I'll leave it up to you to find the scores:

Beethoven actually uses them quite functionally in the first movement of Eroica, right in the beginning of the development. Here, the Ab augmented triad resolves into G7 with Ab moving down to G and E natural up to F. Then with the same melody he moves from C major to F minor, then again from Ab augmented to G7, where he stays for four bars before modulating to G major, using the Ab major chord as a Neapolitan.

Not the answer you're looking for? Browse other questions tagged chords harmony classical-music or ask your own question.

3
Augmented chords and chord substitution?
4
Triads in Music Theory
4
Are there any pre-20th century examples of an augmented 6th chord with a leading tone?
4
What key is a piece in if an augmented chord is used as a dominant?
7
How do modern performers harmonize Hindustani classical music?
2
Are the diminished chords not that common in modern popular music?
7
Writing an augmented sixth chord on the flattened supertonic