Is there a simple way to adjust this? I know I can adjust the action with a screwdriver but I haven't found anything concerning my problem. 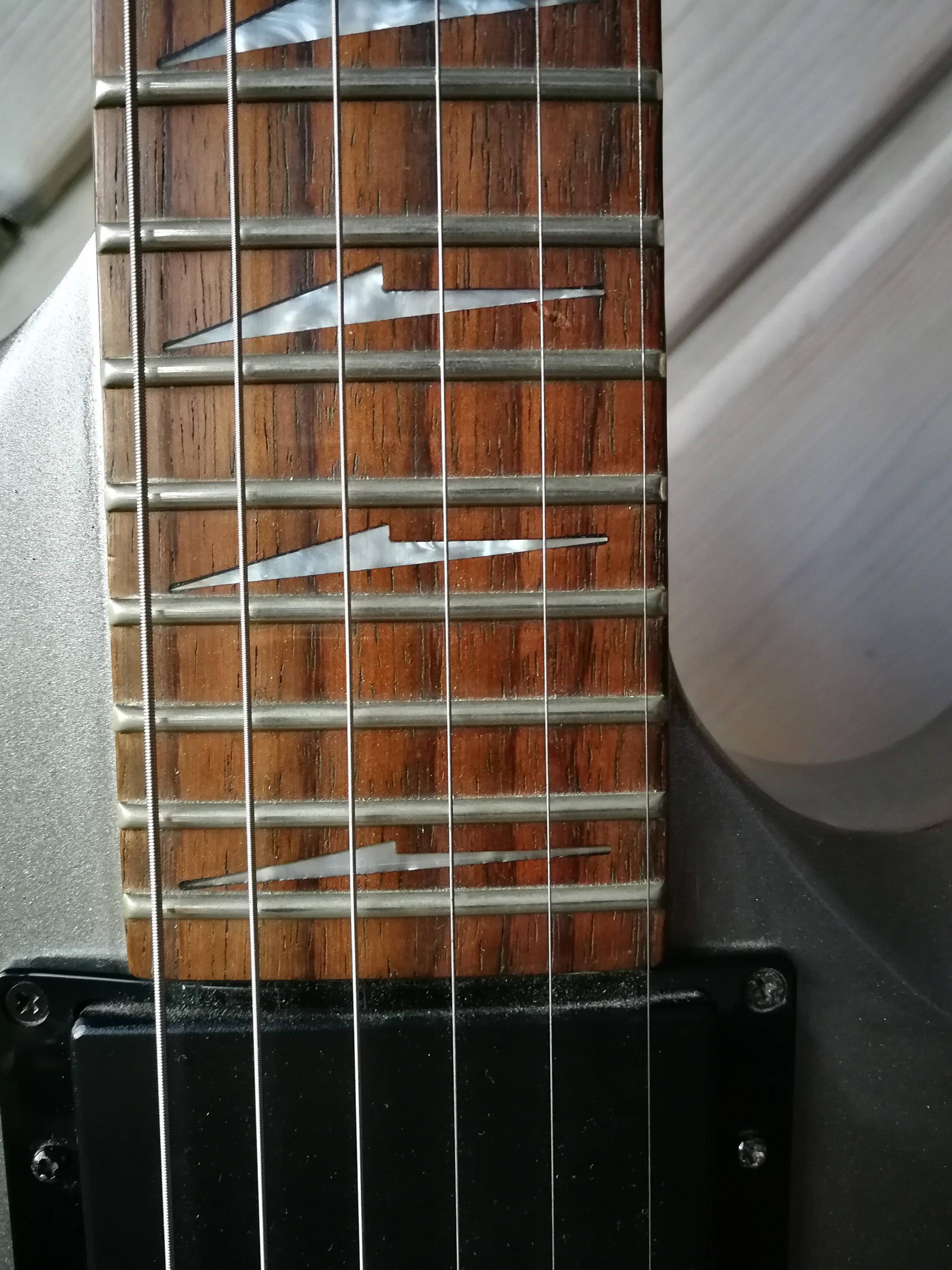 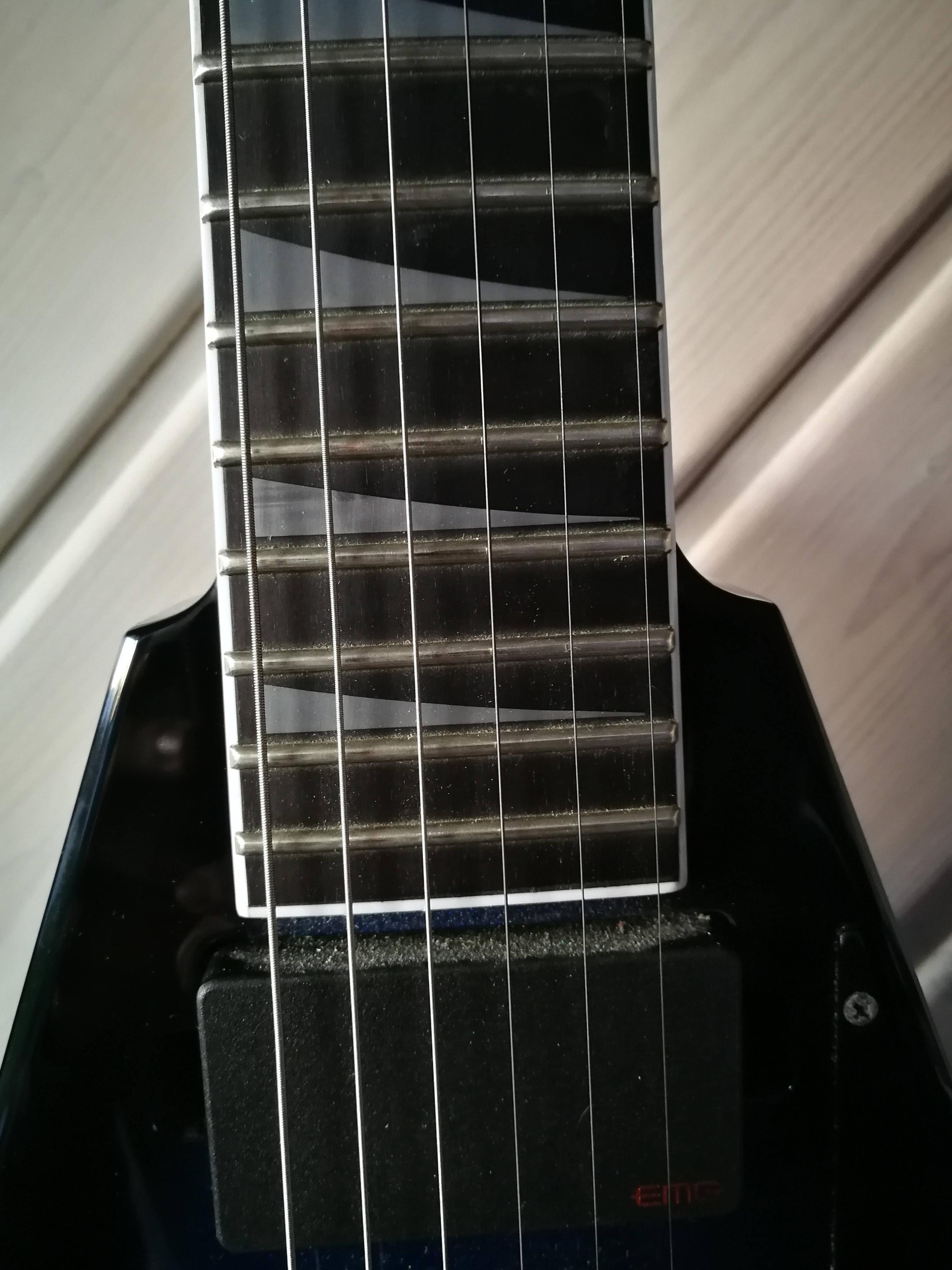 While generally strings and necks are arranged symmetrically, with respect to how much space each string has, your top E could be given a little less space as it actually doesn't need as much space as your low E.

If your fret ends are worn (perhaps from pushing the strings over the ends) then it will feel like there is less room.

From your photo it does look like there is actually a slight issue as it looks similar to my Warlock. Mine has it to cram the extra string in, but your guitar doesn't have that excuse :-)

It's likely to be either with the bridge position, or the neck itself. As moving the bridge can be tricky I'd suggest a visit to a luthier is worthwhile.

That said, I'm of the opinion that this you can get around this with good technique, as @Todd mentioned in his comment. With more practice, you can get used to an incredibly small neck - I have a 7 string Warlock with very little room at the edge of the neck, but I only ever slip off it when I want to (sometimes it makes for an interesting sound...) - so just practice. Be more precise in how your fingertip presses the string, how hard you press, and how perpendicular your movement is to the surface of the fretboard. 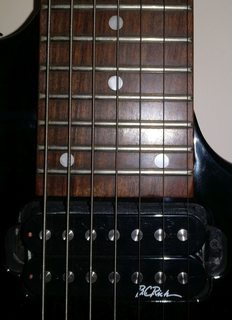 4
Learning guitar, start at low end or high end?
12
Is it good/bad to play guitar with low tension string?
4
Mute other side of String When Tapping (2-hand tapping style)
2
It's really hard to press my acoustic guitar strings and I can't figure out why
1
Guitar tuning: Facing problems with High E string
3
Am I correctly approaching the relationship between string bending and action height?
3
How do I fix frets rattling on new Floyd Rose guitar?
0
Can my guitar action be lowered further, or is it already too low?