how can you identify key signatures with flats

I know that when a key signature has sharps, the key indicated is always one half step above the last sharp in the key signature:

For example, the key of D Major has two sharps - F# and C# - D is one half step higher than the last sharp.

Can anyone give me a similar easy rule that works with flat key signatures?

You can find the second to last flat, and that's the major key signature. Flats are easy! 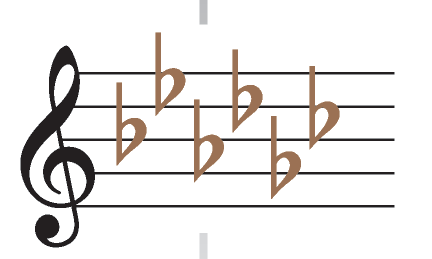 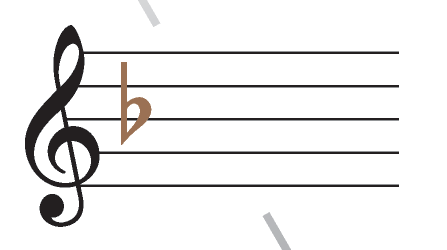 (Taken from another answer of mine from this question: Finding The Key Of A Song, which I initially misunderstood and this answer isn't relevant to it, but I am glad I left it up!)

A key sig.can also mean minor key, so with last (only) flat as Bb, count up two tones to the key note, of D. Thus, Dm.

Not the answer you're looking for? Browse other questions tagged key-signatures or ask your own question.

15
What is a key signature?
3
Finding The Key Of A Song

12
Equivalent Key Signatures
17
What use is knowing how many sharps or flats a key signature has?
8
Why are key signatures like E# and B# necessary?
7
What are some tips on remembering key signatures faster for minor scales?
3
Memorizing major and minor keys by ascending and descending by whole step - good idea?
27
Where do the double accidentals go in “theoretical” key signatures?
2
Sight reading piano pieces with sharp or flat key signatures using intervals
4
How do you know when a key name needs an accidental?
2
How are key signatures for quarter tones denoted?
5
Key signatures with Quarter Tones