How do uncovered tone holes in middle of a flute work?

After the first several notes, however, that intuition begins to break down and I really don't understand what's going on. 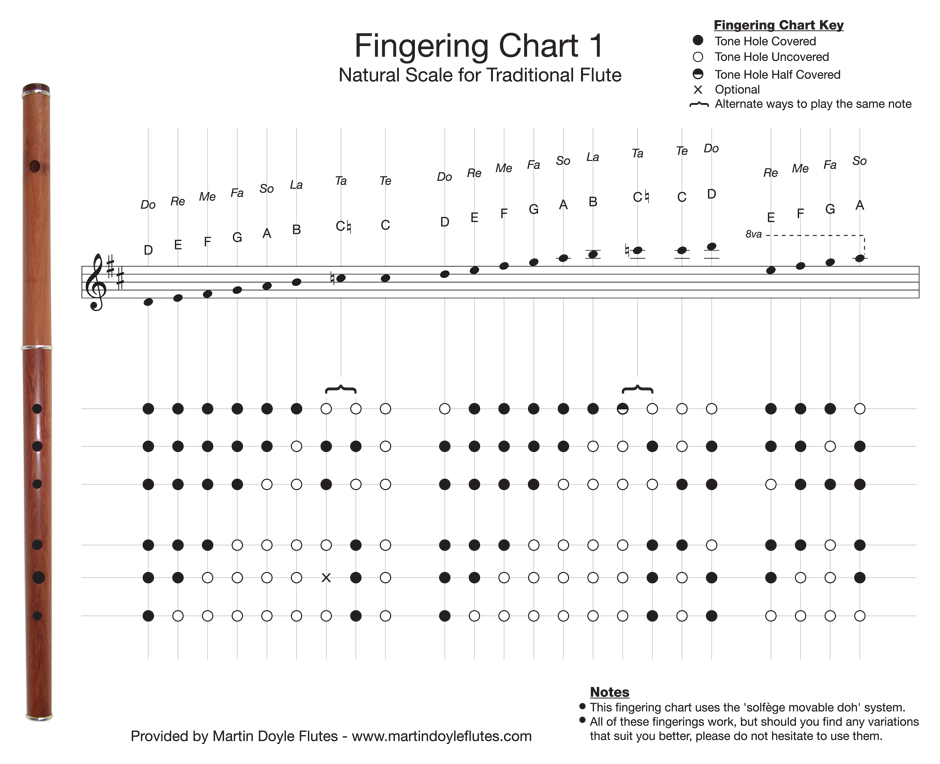 There are a few things that closed holes below the first open tone hole can do.

In the case of that first C, what's happening is called shading. The tone holes of this instrument aren't as wide as the bore, so not all of the air can escape out of the first open tone hole. Some of it continues and goes out of the next open hole, and the result is that the resonant length is somewhere in between. These C fingerings are taking a C# and flattening it enough to be a serviceable C. Fingerings like this are called cross fingerings. Modern flutes have tone holes almost as large as the bore, and these kinds of fingerings don't work--they will affect the pitch slightly, but not anywhere near a half step.

For the second octave D, you have the right idea with the harmonics. Just as you can place your finger at the halfway point of a guitar string in order to prevent the string from vibrating there and force a higher harmonic to sound, you can open a hole halfway along the air column of a wind instrument to cause the same thing. This is also going on with the third octave D, E, and G. For the other notes in the second octave, and the third octave F, there's no hole where it would need to be, so you have to produce the overtone yourself by blowing higher across the embouchure hole.

Whether an open hole in the middle of the fingerings acts like the first open tone hole with shading, or as a harmonic-forcing vent, is a very tricky question involving complicated physics and tiny details of instrument construction.

To add just a small amount of physics to MattPutnam's answer:

A guitar string is relatively simple to understand, because assuming that both ends of the string are fixed is a very good approximation - though it is not completely correct, since in an acoustic guitar the bridge must have some movement to transfer the vibrations from the string to the body of the instrument. That is one reason why guitars need to be "set up" to get the best intonation - the position of the frets can't be calculated "exactly" from the distance between the bridge and nut.

In high school physics courses it is often taught that the open end of a pipe corresponds to the free end of a vibrating string, and the closed end to the fixed end of a string.

That is over-simplified for the open end. When doing the simplest experiments on the resonance of a pipe, you have to apply an "end correction" by assuming the open end is actually a bit longer (in proportion to its diameter) than its measured length, but that simple "end correction formula" is itself only an approximation to the real behaviour.

To get close to the simple notion of the "open end" of a pipe, the pipe has to end in a bell or flare, like a trumpet or trombone, but that brings in different mathematical complications because the diameter of the pipe is no longer constant.

At a simple level, a flute can be considered as a pipe "open at both ends" but in fact the blowing hole affects the pitch in a similar way to the finger holes - and the size of the effect depends on the geometry of the complete system of the flute plus the player, not just on the flute!

The finger holes are not all the same diameter (as is shown in the OP's photo) and there is a tradeoff between the size of the hole and its position along the length of the pipe. It should be clear that the holes are spaced more or less evenly along the length, which is very different from the fret positions for the first octave along a guitar string.

It is easy to demonstrate the effect of the finger hole size on simple flute-like instruments (e.g. penny whistle, recorder, or even a baroque keyless flute) by playing a note while bringing a finger close to a finger-hole but not actually touching the flute.

The closer the finger, the lower the pitch. In fact this was a standard playing technique for "pitch bending" notes in baroque flute music.