We've all surely played 12 bar blues songs, with/out turnarounds, etc. Question is, although there are many, many variations on that basic 12 bar sequence, what actually needs to be there to retain its status as a 12 bar blues. Merely having 12 bars isn't enough.

I think this is a much harder question to answer than it might initially sound. In my mind, these are the most fundamental features of a 12-bar blues:

We start with a I chord in bar 1 and move to a IV7 in bar 5. We resolve back to the tonic in bar 7. Then we move to a V7 chord in bar 9, which resolves back to the I chord before the form repeats. That's the essential structure. While we can add a lot of additional things to the structure, we can only make very small changes (if any) to it.

In most cases, through the form the I chord is actually a I7 chord. Variations are possible though. For example, Blues For Alice uses a IMaj7 chord. So in the picture above, it's left as a I Chord, which could become IMaj7 or I7.

In bar 7, the crucial sound of a blues is resolution to the tonic. But while this is almost always done with a I chord in bar 7, it could be achieved with a iiiø7 chord in bar 7 instead. For example, using CMaj as the tonic, bars 7-10 could be:

The iiiø7 chord provides similar resolution to the tonic (Eø7 is equivalent to C7/E), but it also leads into a ii-V7 in bars 9-10.

In bars 11-12, there are many turnarounds available, but none are needed. The blues can simply conclude with two bars of I7. But it can also lead back into the top of the form using one of these classic turnarounds:

Moreover, virtually any chord in the turnaround can be replaced using a tritone substitutions, which further expands the options for bars 11-12. For example, in CMaj, a few options might include:

The sections above outline alternative versions that slightly change/modify the essential form I've described. But this core structure merely provides the bones/framework, and there are many additions we can be make to fill in the empty bars.

In bars 2-4, it's common to add other chords (though this isn't required to qualify as a blues). Using CMaj, some of these additions might include:

In bars 5-8, still using C as the tonal center, a couple additional chords could include:

This list of additions is definitely not comprehensive, and is probably biased toward jazz, which is what I'm more familiar with. It's nice to show, though, because in all of these iterations, we can still see the essential structure from above preserved.

There's a lot of Blues in 'God Bless The Child'. Who's counting?

what actually needs to be there to retain its status as a 12 bar blues?

It should be a 12 bar tune whose fundamental harmonic movement is represented by
I7->IV7->V7->I7, or any chords (or combination thereof) that are substituted^ for IV7 and V7 to produce functionally similar Tonic/Subdominant/Dominant/Tonic movement.

To be called a Blues, it should also use one of the traditional blues style rhythms, such as: Shuffle, Swing, Jump, Boogie, Walking Line, etc, or at least a hybrid rhythmic form comprised principally of such elements.

It should be noted that over the century or so that the genre has taken on an identifiable form, the term Blues has become much more narrow. In the 1920's, for example, any sort of rag, swing or stride tune or ballad that featured dominants could be called a Blues.

Here's a list of tracks from recordings of King Oliver's Creole Jazz Band, produced in the 1920s. Note the numerous titles featuring the term Blues, most (if not all) of which we today would not identify as blues at all - 12 bar or otherwise. 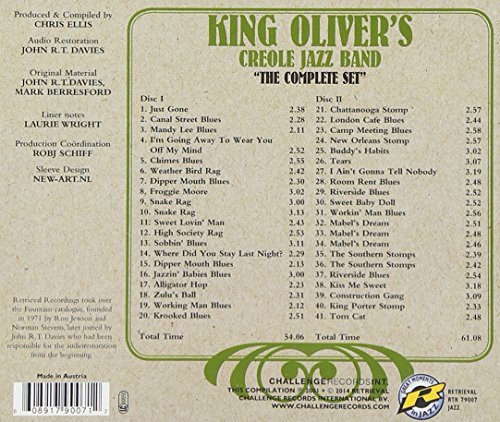 Several theory books I've read claim that the defining characteristic of all blues music is the use of dominants even in the tonic chord, unlike traditional western forms.

^ See: What are some chord substitutions for a I-IV-V blues progression?
and @jdJazz 's excellent answer here:
Chord sequences for 12 bar blues

Purely based on "it just don't feel right without it"...

at absolute minimum, not even 7ths required, root & 5ths will adequately state it.

54
What are some chord substitutions for a I-IV-V blues progression?
5
What is it about the blues chord progression that makes the blues feel?

6
How is 12-bar blues harmonically possible?
9
Is there any theory to decide a set of plausible chords per measure where a whole melody of a song is given?
5
Using flatted third in 12 bar blues
2
Why and when to use 12-bar blues?
3
Arpeggio theory and chord sequences
0
How to identify the chord progression and a specific chord
0
F Dm Am C (Lydian?) Progression
0
Standard 12 bar blues shuffle