What is the time signature of this piano rhythm? [closed] 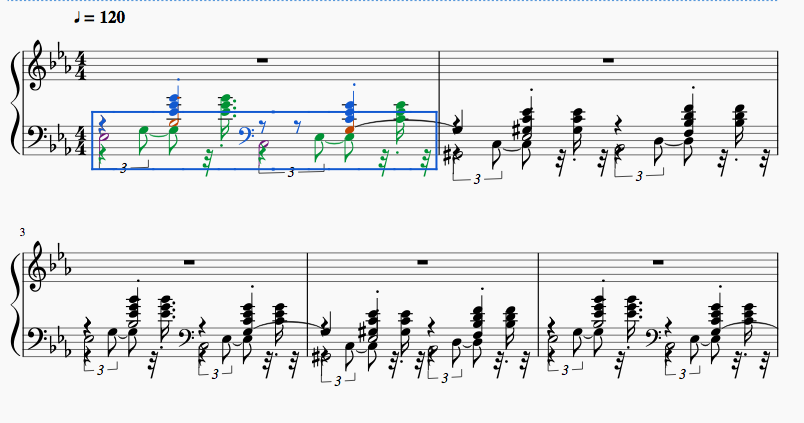 I've attached a photo. I know the notation isn't correct on the treble clef and I'm really sorry for that. I just need to know the characteristics of this rhythm and whether 4/4 is a suitable time signature for it? What type of a rhythm is it?

If you look at the green voice, the first beat is marked as a triplet and contains a quarter rest and an eighth note so making three eighth notes altogether. The second beat isn't marked as a triplet and the triplet eighth-note from the first beat is tied over onto an ordinary eighth-note at the beginning of this beat. If you count up all the thirty-second notes in the thirty-second note rest plus the dotted sixteenth note, you get another ordinary eighth-note so you have a full quarter note for the second beat.

The red and blue voices aren't marked in triplets and they just seem to be doing half notes and quarter notes on the beat so I think they are OK.

The thirty-second note rest is so short at the marked tempo that you would get the effect of a grace note with the blue voice on the beat sounding just before the green voice dotted note after the beat.

As for what you call this rhythm, I don't know the correct name for it. Apart from the thirty-second note rest it's the sort of 'lazy dotted rhythm' found in jazz and I would identify it with the clip-clop of a horse crossing the prairie - this sort of thing The Dillards