Assessing the time signature of a single measure

Is it possible to tell the difference between a single measure written in 3/2 time vs 6/4 time, when looking solely at what is written, with no audio available?

For example, consider a measure which consists of the following notes:

If I'm asked to fill in a time signature, are both answers correct? And if so, are they equally correct? or should I be looking for clues as to which answer is better?

Edit: Thanks to the editor for fixing my errors. I still had intervals on my mind when typing the question. :)

But there's a second important characteristic of any meter: how many primary beats the song has.

We can combine these two qualities of the meter:

Your Meter Is Probably 3/2 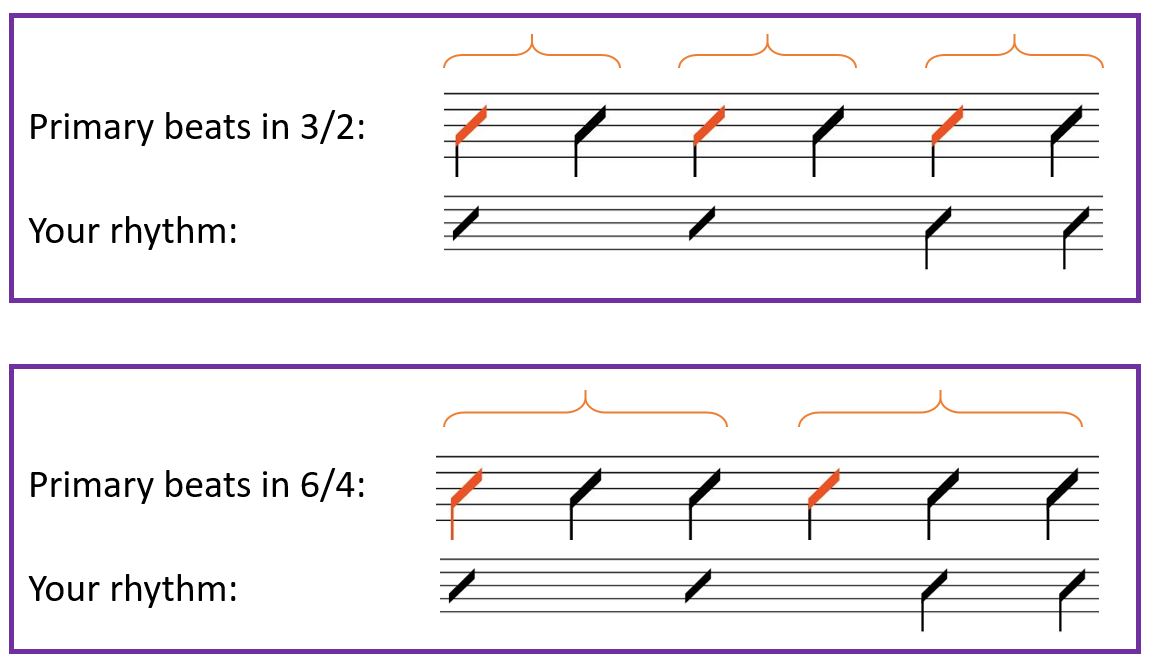 To summarize, here's the first big consideration we've just looked at: which beats does the rhythm emphasize? But there's a second consideration: how the music is actually notated. Music is often notated so that the primary beats aren't hidden. Technically, there are actually two ways to annotate your example:

Your example is clearly in 3/2. It is grouped as three half-note beats. 6/4 would be grouped as two dotted-half beats. (The first naming is intuitive, the second just a convention.)

As with so much of music theory this is a framework, not a 'rule'. If it's established that the pulse is 'three-in-the-bar' (3/2) it's perfectly allowable to notate a syncopated 'two-in-the-bar' against it. Playing a 6/4 rhythm against an underlying 3/2 is a very different effect to changing into 3/2 completely.