What is the texture to this Prelude by J. S. Bach

My piano teacher gave me the following to practice with. It is near on perfect for a beginner as it is only one hand playing, at one time. 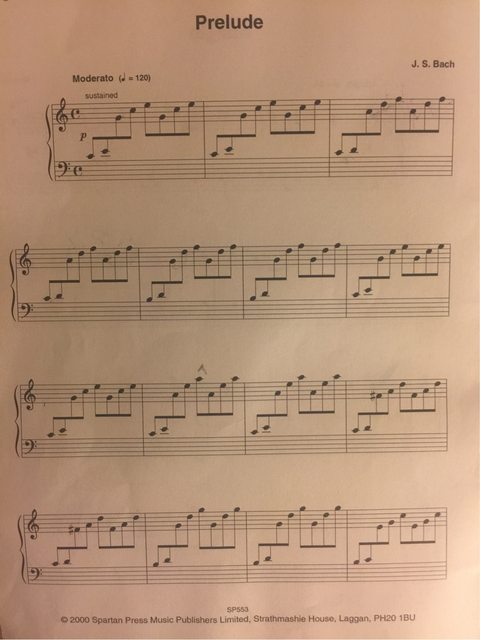 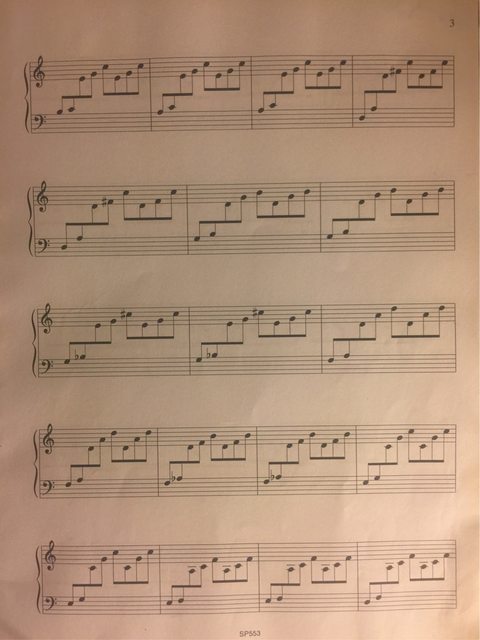 It got me thinking however. The image below is a section from a Music Theory Cheat Sheet by Classic F.M. In the U.K. It is complicated, but useful. 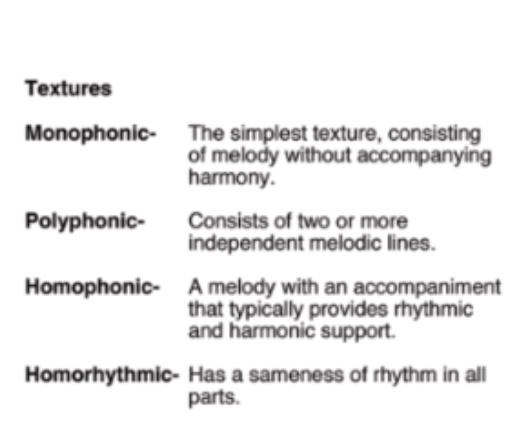 Am I right in saying that J. S. Bach’s piece is Monophonic, even though it used both hands and is not just the simple right hand melody? I know it does not provide harmony to the piece.

I am sure that it is also agreed that there aren’t two melodic lines, so it cannot be Polyphonic.

However his much quoted “sewing machine music” does have a sameness of rhythm throughout, or in places certainly, so can it also be classed as Homorhythmic?

I would be inclined to describe the texture as chordal - meaning that it really emphasizes harmony above any melody lines. It is somewhat difficult to classify the music with the terms you list because of this.

First, it is worth noting that your copy of the score is somewhat different than what Bach wrote; this edition (edited by Czerny) is more faithful to the original. Here's what the start of that score looks like:

The difference between this score and yours is that the attacks (i.e. when each note is first struck) is the same, but notated with sixteenth notes rather than eighth notes. However, in this score, you are asked to hold the bottom two notes, rather than just play them. In particular, this means that the melody is accompanied - and that there are definitely multiple voices.

However, more to the point, we can explain how this prelude is put together in a simple way. The form is known as a figuration prelude. Basically, how this works, is you start with a chord progression. The five measures above correspond to the following five chords: 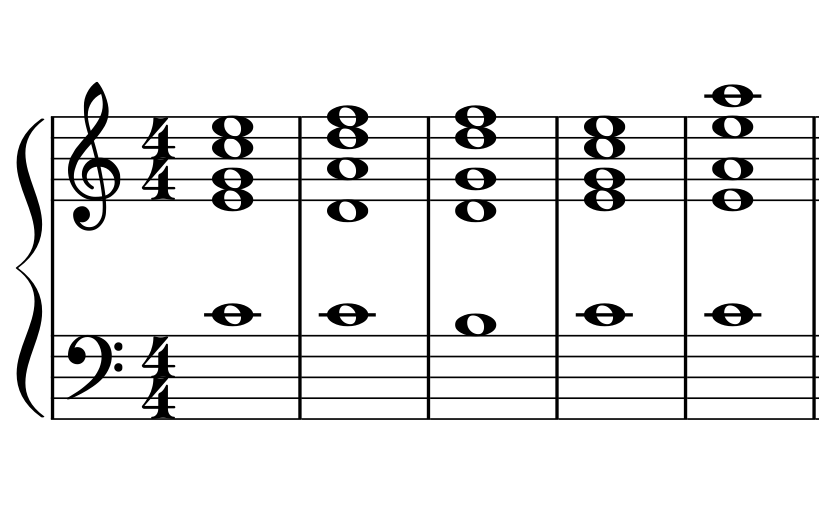 Then, to make the prelude, Bach just plays the notes of the chords in a consistent pattern. In this prelude, he just plays the five notes of the chord from bottom to top, followed by a repeat of the top three notes - and then repeats the whole figure. This is the case for all but the last two measures. In a sense, all that the music is is captured by the chord progression and the first measure - since you can recreate it from that. This is why I call the music chordal.

At the end of the day, there is a degree of polyphony here. Note that every chord has five notes in it. We can regard the series of bottom notes as forming a voice - and we can regard the series of top notes similarly and so on - giving us five voices. The reason this is productive to think about is that Bach follows a practice known as voice leading to put together the chord progression.

The basic precept of voice leading is that voices should not move more than is necessary - and you can see here that, if you trace any voice through, there are very few leaps. In a sense, each voice in the chord progression acts like a melody - but Bach makes everything so smooth that it would be somewhat absurd to claim that any of the lines constitute a meaningful melody alone. In this sense, the music can be said to be polyphonic - but this obscures the larger harmonic structure of the music. Note that this also decidedly classifies the whole piece as homorhythmic because the harmony changes every measure (or every two measures in your score).

This is all to say that, if we adopt this view of the music, we find that the structure is best classified as coming from a chord progression rather than from a stack of melodies. Of your terms, we would most productively argue that the music is polyphonic understanding the underlying structure. However, this requires more analysis than simply looking at the score. More or less, the moral here is that, in music like this, "voice" doesn't just mean a member of a simultaneously struck chord or a separately noted line, but can rather more generally refer to a line that is somehow underpinning the music.

Of course, one could argue that the music is monophonic without doing all this analysis - and this reading would have merit (because, for the performer, the melody really needs to sound nice, even if it is just an articulation of an underlying structure). I just want to point to the fact that these classifications are kind of fuzzy in music and that there are multiple meaningful interpretations of such a question.

This is the keyboard equivalent of strumming chords on a guitar. We can class it as homophonic. There's minimal contrapuntal content (though it's a rare piece that has NO contrapuntal interest at all - 'homophonic' and 'contrapuntal' are not mutually exclusive.)

The closest thing to a melody in this famous prelude is probably the bass (the first note in each bar). But, in answer to your question, i would call the texture homorhythmic, according to your list.

What's happening in this piece is more about the harmony than melody. The melodic shape of every bar up to the coda is the same: it's almost hypnotic in it's sameness; but this belies the ebb & flow of the harmonic tension. This piece, the first prelude from Book 1 of the 48, will repay close analysis: there's a real drama waiting for the player to express in the harmonic tension that Bach builds & relaxes with a deft ear that few composers have ever mastered.

Not the answer you're looking for? Browse other questions tagged theory piano learning terminology texture or ask your own question.

14
What is this type of shift called?
5
What is texture, according to classical music theory?
5
Why does the first note is the second Bach cello suite(Prelude) sound like C#?
4
Ornaments in J. S. Bach's 4th prelude
8
Learn music with odd rhythms
5
Bach prelude BWV 924
2
Bach ornaments in preludes
5
What's this highlighted odd '8' marking and the dashed lines?
1
What is the name of this scale?