How to control volume of USB monitor speakers?

I use Behringer Studio 50 USB studio monitors together with my Macbook Pro, connected via USB. The problem is that they are extremely loud, even on the "volume 1" setting of my Macbook.

My current fix is to lower the volume in the OS, and also in every app I listen to audio in, e.g. Spotify or YouTube. The problem with this is that when an application plays a notification sound, all of the sudden I hear piercingly loud sound... argh!

Why is this happening, and how can I control the volume level of these speakers?

Edit: From this review link I understood that the loudness is the result of the way a USB DAC works, and there isn't much I can do about it. But if I'd like to connect them to my computer using another way, without USB, what do I need?

This is a general problem, not limited to the Behringer Studio 50 USB monitors or the Macbook Pro. This problem can be explained by the fact that studio equipment is aimed at two different types of users and use cases, and these monitors seem to fall between two chairs.

In a low-budget home studio, you will usually find all-in-one monitors with a digital input (USB or S/PDIF), built-in digital-to-analog converter, built-in amplification, and the necessary controls for volume and often also balance and tone. You simply connect these to a computer and you have a complete monitoring solution.

An example of this type of monitor is the Behringer MS40, which has a power switch, headphone output, bass and treble knobs, and volume for both analog and digital input on the front panel. 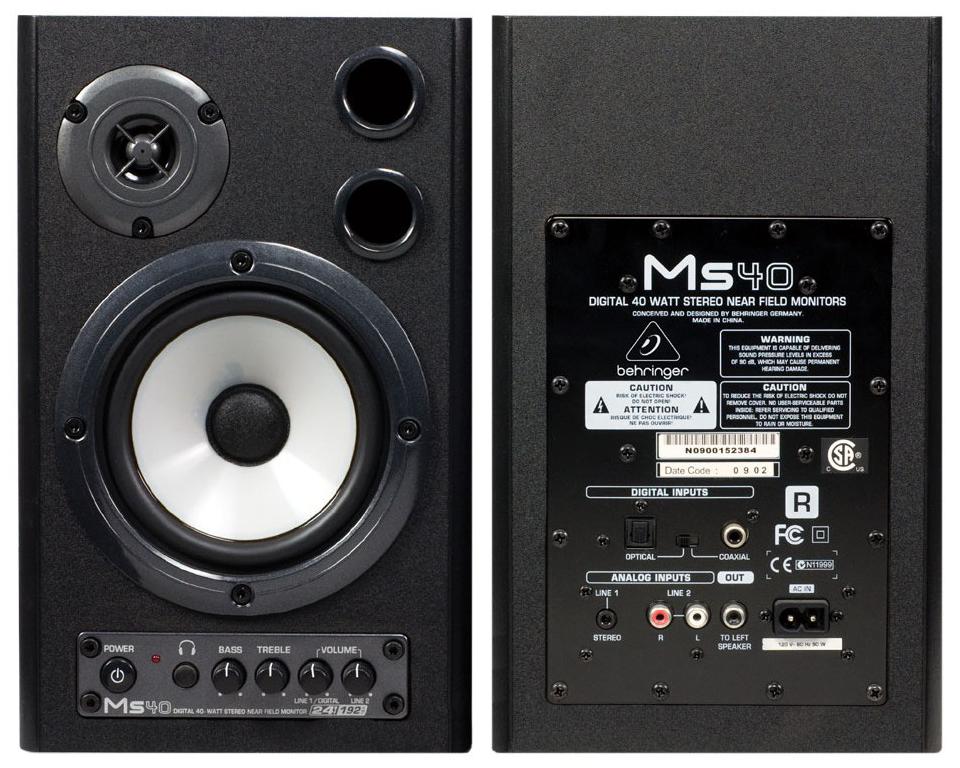 In a professional or high-budget amateur setup, you will usually find separate specialized devices: a high-end digital-to-analog converter, a "monitor controller" with volume controls and selectors for different speakers, and active monitors or an amplifier and passive monitors.

An example of the type of active monitor used in such a setup is the Yamaha HS8, which has no controls on the front panel, and a level knob on the back which is used to correct level differences between monitors, but doesn't really offer full-range volume control. 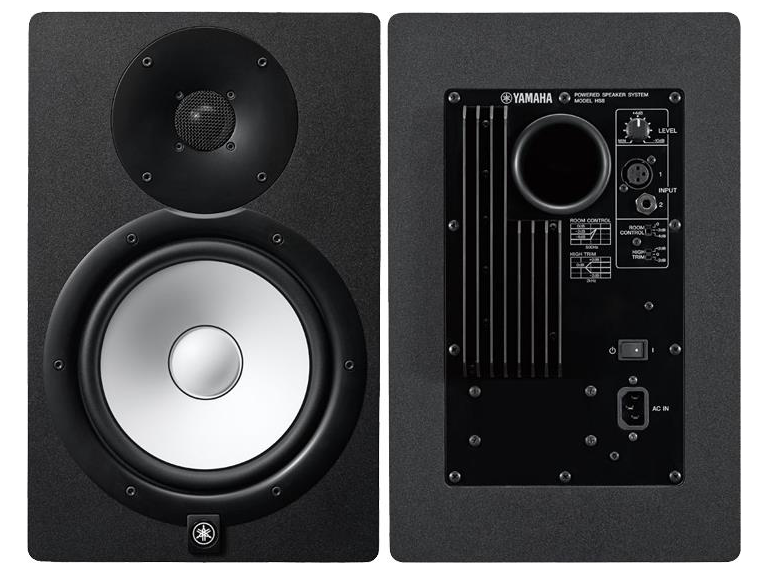 As you will notice, the Behringer Studio 50 USB combines elements of a high-end studio monitor with those of a budget monitor. There are no volume controls on the front panel, but there is a digital USB input. I can only assume that the USB connection was added as an after-thought, to a speaker that was originally supposed to be used with a separate digital-to-analog converter and volume control. As it is, the USB connector isn't really useful because, as you have discovered, there's no good way to control the volume of the USB audio, and lowering the volume of the digital signal before D/A conversion reduces the bit-depth and thus the audio quality.

Recently, manufacturers of audio interfaces have realized that many customers have a mixed setup that doesn't fall neatly into either the budget or the professional use-case, and there are now several affordable interfaces that are clearly designed for people who want something akin to the Mackie Big Knob to control the monitor volume, such as the Focusrite Scarlett 2i2:

The easiest solution for someone who has monitors with no built-in volume control and a limited budget would be to buy a simple external USB audio interface like the Focusrite or the Steinberg UR22. This will also give you better D/A converters than those built into affordable Behringer monitors, and additional recording functionality.

I can only confirm that the Input control has a restricted range and that others have made the same complaint. Does the system volume control on your MacBook not act as such? If not, I fear it will be just the same using a wired connection.

I have to use the XLR input into the rear of the USB '50s from the headphone put on the Mac. This is the only way I could get the sound controllable...

I worked out how to fix this for the behringer 50usb - install EqMac2 (it's free) and you can turn down the volume in the eq - then you can just use the keyboard volume keys to turn it all the way up and all the way down. 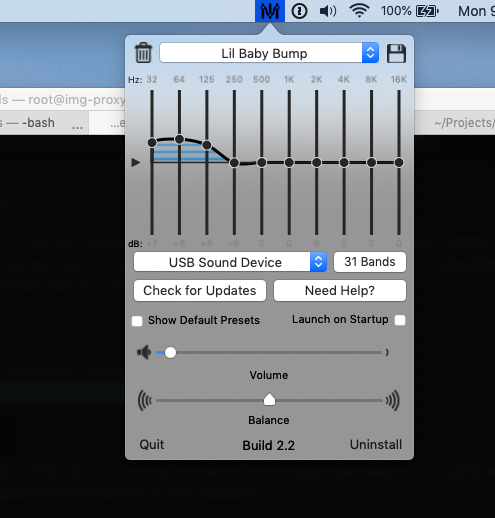 Not the answer you're looking for? Browse other questions tagged speakers audio studio or ask your own question.