Improvising a Solo with Both Hands

Normally, I play in a smaller group with a minimal rhythm section (just piano & drums), so I'm the only one playing the bassline and chords. When I need to solo, my left hand normally plays the bassline and I play some simple appropriate phrases with my right, occasionally dropping in some chords.

However, I've now began gigging with a quintet, in which we have a bassist, therefore I no longer need to play the bassline. Furthermore, as we're louder, I find that playing simple melodies without harmony often makes the piano solo sound a little weak and empty - it's quite embarassing.

How could I incorporate my left hand more actively into the soloing, and adapt the phrases I play with my right hand, for a more appropriate sound? I could play the chord of each bar in the left hand, but I'd prefer to be able to incorporate it into the actual improvisation, although I have no idea how to go around this.

Could any experienced jazz pianists help me out? Personal experience, helpful tutorials, examples of pianist to look at, etc. would be greatly appreciated.

In general, your left hand can do three basic things during a solo:

When you play chords, you don't want to just play them on the downbeat every time. Finding rhythmic figures for your chords is important. Many people will listen to their favorite recordings and transcribe the left-hand comping rhythms, and then practice playing left-hand chords with those rhythms. This is extremely valuable, but as a shortcut, there are two extremely common rhythmic figures you can use to start off:

You can move these rhythms around so that they start on different beats. For example, you might take the second rhythm and delay the entire figure an eighth note, so that it starts on the "and" of 1. To see a more comprehensive list of comping rhythms you could try, check out the resource at the bottom.

Instead of using a standard rhythmic figure, another option for left-hand comping is to "play in the cracks." That means you play chords with your left hand whenever your right hand isn't playing. Check out some Keith Jarrett for some great examples of this.

The last option for left-hand comping is to play block chords. Whenever your right hand plays a note, your left hand simultaneously plays a chord. You can hear all of these techniques from Bill Evans, but he's especially adept with this. You often hear this sort of technique from Bill near the end of a solo/in one of the final choruses. You can also hear some great examples of this by listening to Red Garland. Here's an example from Bill Evans on Autumn Leaves, starting at ~3:55:

(As a side note, you generally want to play rootless chords in your left hand if there's a bass player. Another good rule of thumb is to stay away from the lower register where the bass player will be playing. That's not a hard and fast rule, but playing too much in the lower range can clash with what the bass player is doing.)

In addition to playing chords, you can improvise with both hands. This could generally take two forms. You could play the same line with both hands (either an octave apart or two octaves apart). For example, check out Phineas Newborn's solo on Oleo:

or Brad Mehldau's solo on Anthropology:

If you really want to go for something aggressive, you can try soloing in both hands at the same time. You can hear Lennie Tristano doing this, or for a more modern example, check out Robert Glasper (starting at 2:17):

This one requires no explanation--simply don't play with your left hand at all! This is most commonly heard at the very beginning of a solo, because when you add your left hand into the mix, it heightens the energy of the song and tends to build the solo. So playing with just your right hand is a nice low-energy way to start a solo. 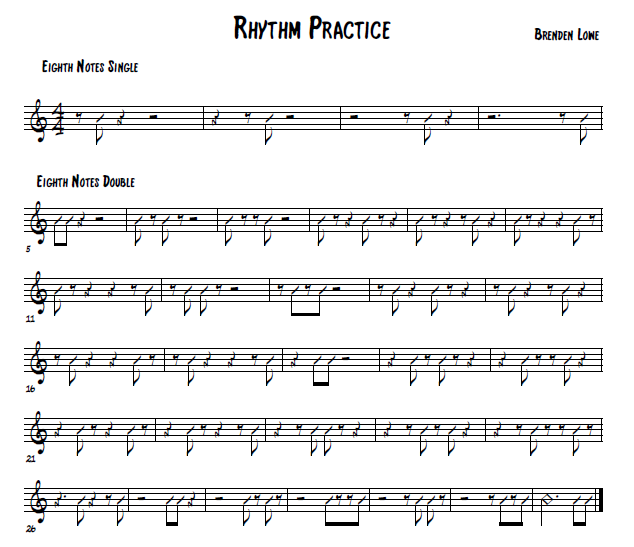 In this recording the pianist, starts off adding occasional little bass comments to the stuff he's playing with his right, later on he ramps it up and plays the melody with big block chords.
|share|improve this answer
answered Dec 10 '17 at 21:25

Not the answer you're looking for? Browse other questions tagged piano jazz improvisation or ask your own question.