Some jazz arrangements that I've heard use a motif(?) where a series of descending minor chords are played, starting on the #iv of the major scale.

For example, in the key of D, the progression is as follows:

The video below shows an example of what I am trying to describe in an arrangement of "What a Friend We Have In Jesus" by Walter Rodrigues Jr.

Mr. Rodrigues begins the song playing an A♭m7♭5 followed by chromatic descending minor 7 chords until the ii (Em7) chord is reached. At this point the rest of the progression is a ii-V-I or Em7 → A7 → Dmaj7

I think this can be analyzed as a combination of two devices. The first is a ♯ivm7♭5 chord, and the second is iii → biii → ii movement.

One function of the half-diminished chord (m7♭5 chord) is to serve as a chromatic passing chord, which leads to a diatonic chord. The diatonic chord would simply something like a IV chord, a iv chord, a iii chord, etc. For example, instead of writing Dm7 → E♭dim → Em7, we could write Dm7 → E♭m7♭5 → Em7.

Of all the possible ways to use a half-diminished chord as a passing chord, one of the most common is the ♯ivm7♭5 chord. In jazz, an iconic example of this is in Night and Day by Cole Porter: 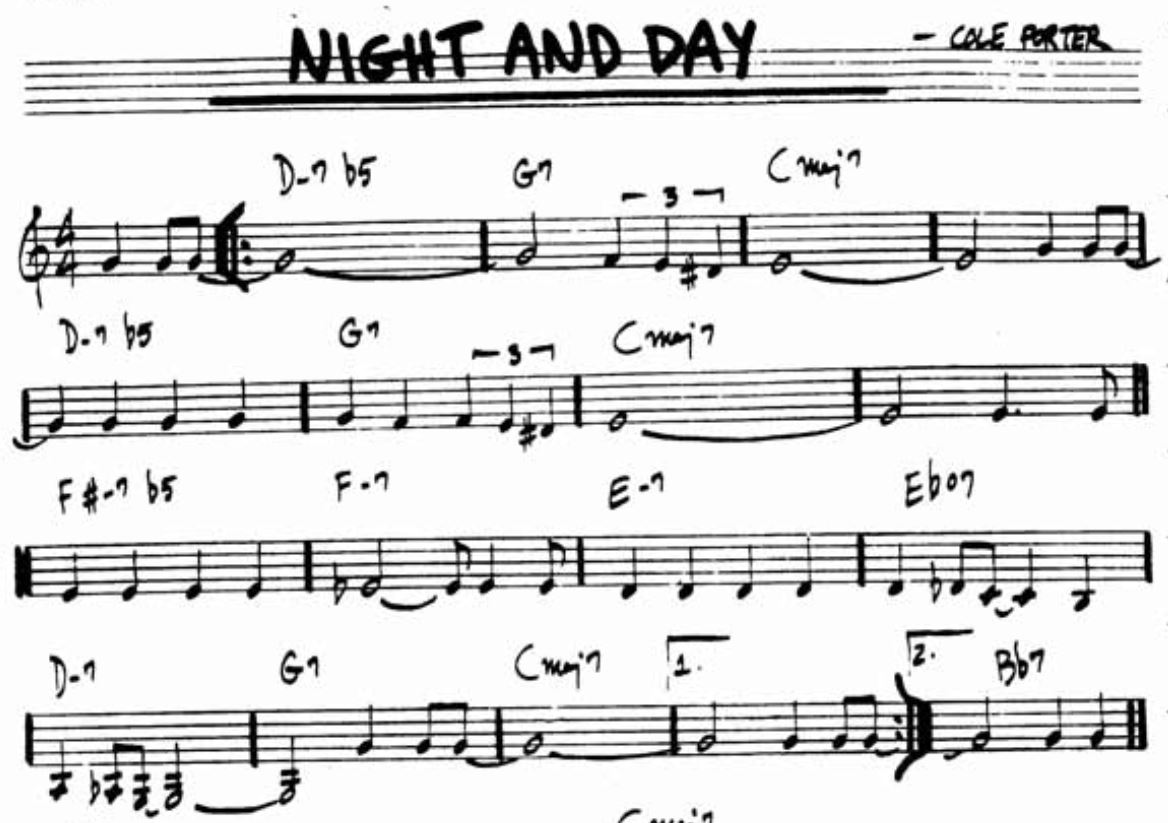 In measure 9, we see F♯m7♭5, a ♯ivm7♭5 chord for the key of CMaj. After this, the progression continues almost exactly as your progression from Rodrigues Jr.'s. The only difference is the ♭iii chord. Using the key of C, we have this:

The top progression (from Night and Day) is more common in jazz than the bottom progression. The top progression (or a variation of it) can be found in many other tunes, including All the Things You Are, as another good answer points out. But to understand your progression, we have to look at the ♭iii chord.

As you've suggested yourself, the reason for the iiim7 → ♭iiim7 → iim7 is to preserve the parallel movement of the chromatic minor 7th chords. This sound is more common in funk, rock, and pop music. The first example that comes to mind is Alicia Keys's If I Ain't Got You. The key is GMaj, and repeatedly through the song we hear the progression Bmin → B♭min → Amin. The chorus uses a 16-measure form, and the progression is heard in measures 12-13. For example, the first chorus begins at 1:12, and so the first time we hear the chromatic descending min7 chords is at 1:28.

Descending minor licks sound good over this sort of progression. In fact, many people will simply take a single lick and move it down half steps over each chord. Doing that over every minor 7th chord can sound too mechanical for some, and so many people will limit that chromatic movement of the lick to the ♯ivm7♭5 chord and the ivm7 chord. Using descending Dorian scales sound good for that type of approach. Another way to add variety to descending chromatic licks is to simply change the feel when you reach the iim7 chord. An example I really like is to change from (a) descending chromatic Dorian licks to (b) a C blues sound or a C pentatonic sound. So for the entire ii-V-I progression, I might construct blues licks from a C-D-E♭-E-G-A scale or just use a C pentatonic scale.

Another nice option for soloing is to add the V7 chords and use descending ii-V licks. This is something you hear in bebop quite frequently, and it's a common technique for reharmonizing songs. (This might be planned or on-the-fly. I used to play with a sax player who loved to throw these in and expected the rhythm section to hear and follow him.) For example, in C, the progression would become:

There are many examples of chromatically descending ii-V progressions, but one that comes to mind is mm. 6-10 of Blues for Alice: 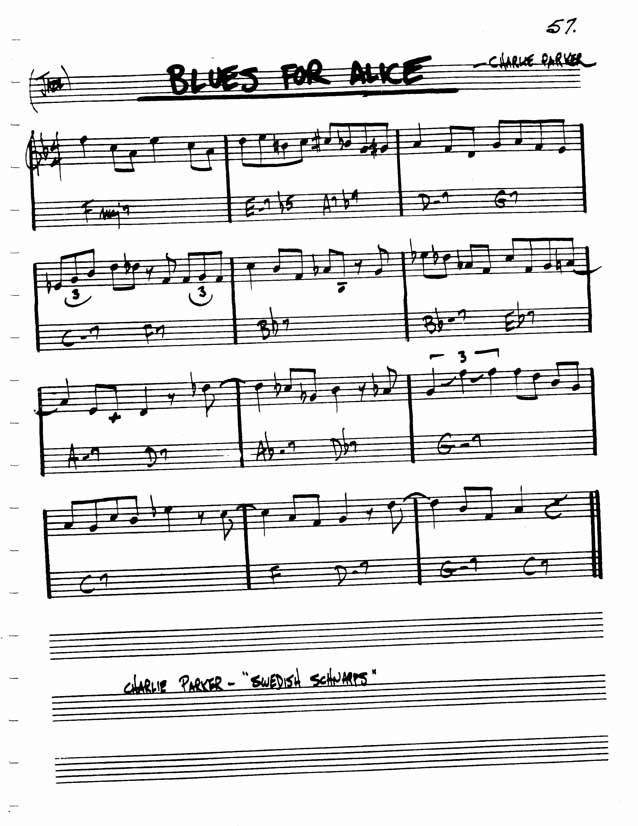 In a sense, this substitution makes soloing much easier because it's easier to find resolution in a ii-V progression than in descending ii chords. Whether we add the V chords or not, the implied ii-V progress is the reason that Dorian is the scale of choice on these types of descending iim7 chords.

I'd say it's a cliché, found in many jazz standards. It's a progression in descending chromatic seconds and then a progression in descending fifths. A shorter one can be found at the end of All the things you are: Dbmaj -Dbm7- Cm7 - Bdim- Bbm7 - Eb7 - AbMAJ. I couldnt say what I play over the chromatic progression when we play that tune but I try to have in mind where we are going and that's the II-V-I. I suppose that you could play dorian scales over the Xm7 chords and locrian#2 over the Xmb5 chord in the example you give.

Descending chromatic roots can be analysed as a 'cycle of 5ths' progression with alternate chords given their b5 substitution. Hence D, G, C, F etc. become D, Db, C, Cb...

It is descending chromatics, down to the expected ii>V>I. That Abm7b5 could almost be confused for a V9/V, with no root, so could pretend to herald a modulation into V, if it came in the middle, which doesn't happen. Thoughts initially were about tritone subs, but with all those minors, it can't be. Lovely sequence though.

Not the answer you're looking for? Browse other questions tagged chord-theory harmony jazz improvisation motif or ask your own question.

2
interesting 2-3 bar ideas for a beginning improviser
0
Improvisation Technique and Theory Over Modal Sus or slash chords
12
Harmonic analysis of the B section of “Have You Met Miss Jones”
5
Old Books with chord progression charts or matrices?
1
Jazz improvisation on descending chord progression
5
Determining the seventh chords of a key
4
Do jazz musicians improvise on the parent scale in addition to the chord-scales?
2
Rising Fourth/Descending Fifth bass movement in inversions
5
Guidelines for writing a chord progression
2
Is there a list of motifs and labels of this motifs?