Which direction to play chords cello

I’m practicing a simple cello exercise to fill in gaps in my knowledge and, well, I found one. 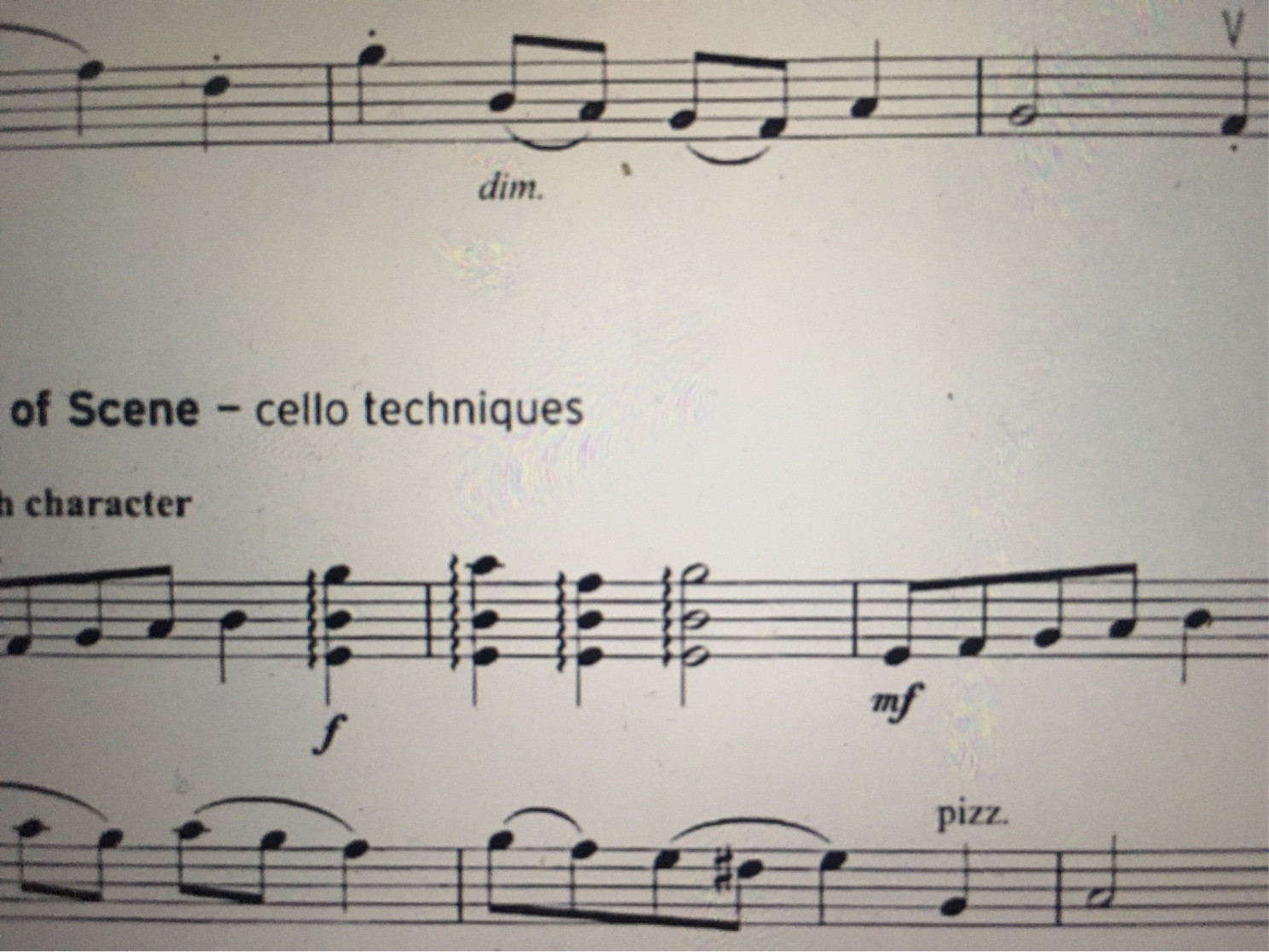 It is a simple passage with pizz.

Which direction should the chords be played? From lowest to highest note? Highest to lowest? Alternate? Or, though I doubt it, all at once with three fingers?

When I meet the same symbol on guitar I use all fingers and roll from lowest to highest (unless there’s an arrow). Is that how this should be done?

You have correctly interpreted the notation. Default is bottom to top.

On the cello, arpeggiated pizzicato chords are usually played with the side of the right thumb (while you keep the bow with the other fingers), quickly touching each string from lowest (here G) to A in a kind of spiral move of the hand and the arm.

If you want maximum effect:

This is especially important in the passage you show : only the highest note is stopped and change from one chord to the other. It should be heard "above" the others.

Also : make sure your nail on the right thumb cannot touch or catch the strings while making the pizzicato, this is different from some guitar styles. You may need to clip it a little on the side.

Lowest to highest. This is the usual symbol for a rolled chord on most instruments. A high to low rolled chord is the same symbol with a downward pointing arrow at the bottom. 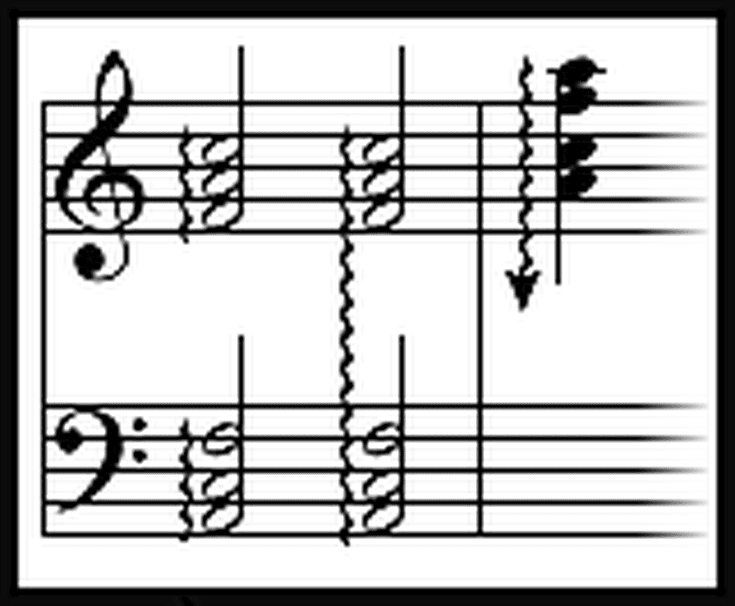 That wiggly line is a standard notation for arpeggio. You can meet it on other instruments too (like piano). It means to play the notes not all at once, but in a quick succession, from lowest to highest, without muting them, so that the whole chord is eventually sounding.

A chord without the wiggly line should (strictly technically) be played all at once.

I don't play the cello, but this is the meaning on the piano and on the guitar. When, on the guitar, you're rolling all the fingers down one by one, you actually make a sort of rasgueado, which is somewhat different sound, used mainly in flamenco guitar (most often denoted either by a word "rasgueado" or explicitly with written-out quintuplets with lots of arrows and right-hand finger designations all over the place :--)). Chances are that it works this way on the cello as well.

Not the answer you're looking for? Browse other questions tagged notation cello or ask your own question.