What is the difference between them and which one is recommended for beginning flute players? 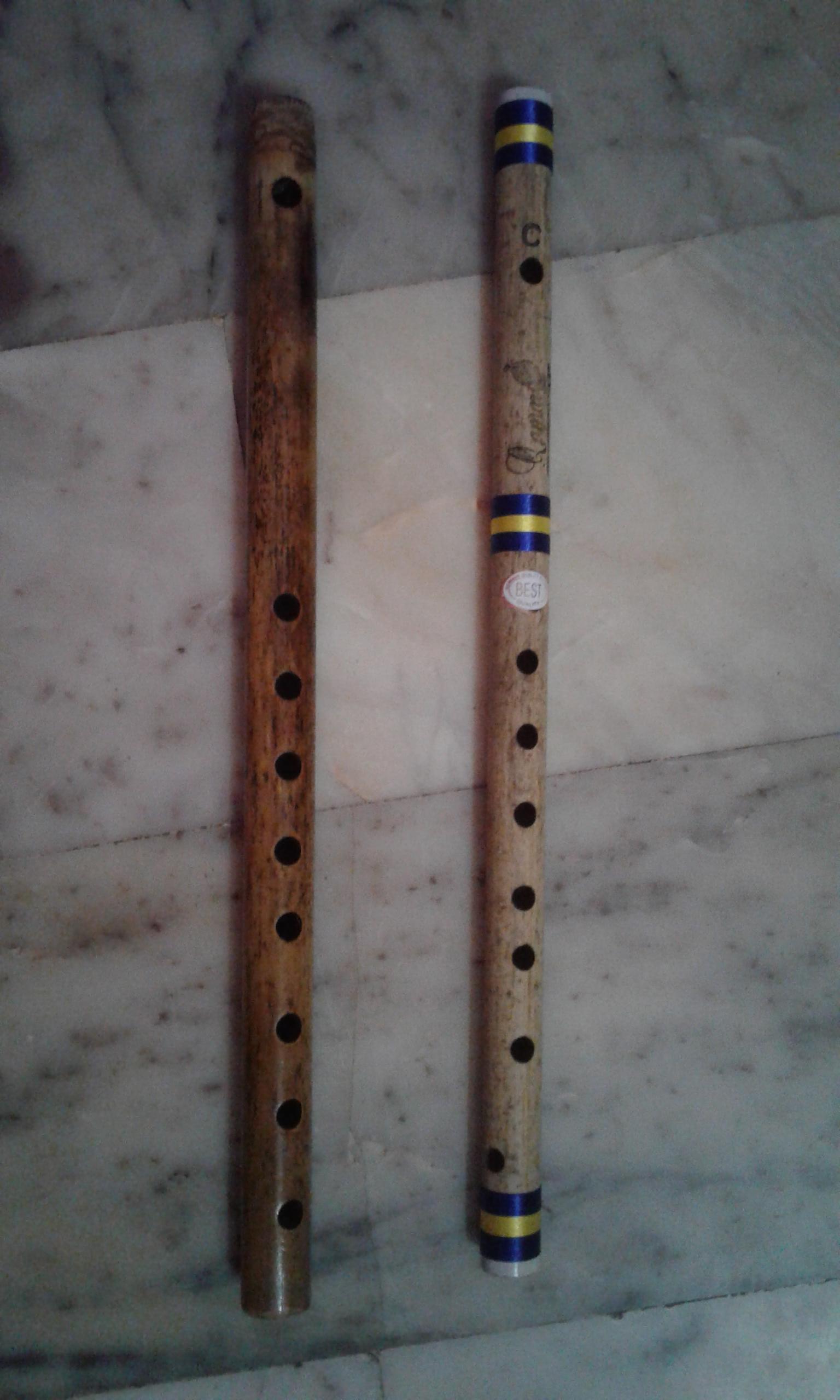 I am from south India and recently wanted to learn Bhansuri flute so I ordered one online .But later just like you i found out there are two types of bamboo flute. 1. Bhansuri 2. Venu/murali

There are two kinds of classical music in India 1. Hindustani music
2. Carnatic music So Bhansuri is used in Hindustani classical music ( north Indian) which consist of 6 or a 7 flute Whereas the Carnatic classical music ( south Indian ) uses the venu which consist of 8 holes but most of the time only 7 are used. The main difference in number of holes hence the fingering is different and also the venu is said to be able to produce more types of notes than bhansuri while bhansuri is easier to play and learn for begginers. You can choose either of them .It is better to have a teacher to play venu because there is some technique involved in playing music . Both can play really good music so you can choose either but begginer should prefer the Bhansuri ( will have 7 holes + 1 blowing hole). You should prefer buying a medium sized c or g scale flute , should be of good quality . I am a begginer like you . Punam flute in amazon.in is a good quality one( just a recommendation not a spam)

Note: In the above picture left one is a carnatic flute venu while right one is a bhansuri.Observe the holes

Not the answer you're looking for? Browse other questions tagged instruments flute indian-classical or ask your own question.

2
Why are the upper register C# and C-natural not the same as the lower register?
9
Is there any recorder with same fingering as tin whistle/six hole bamboo flute?
3
Confusion in Base, Scales and Sargam
0
which hand side hole flute should buy for right handed person?
2
In What Order to Practice Holding Notes on Bansuri
3
What are the mechanics behind flute keys used to play chromatic notes?
3
Are middle eastern flutes generally played with the left hand closer to the mouth?
3
How to find the key of a diatonic flute by listening?
5
What happens when the wall thickness of a bamboo flute changes? Advice for a bamboo flute building