How to notate glissando over multiple measures

For the violin I'd like to notate a glissando over multiple measures. But there's two things that are unclear to me:

Ok, let me re-formulate: how do I notate a very slow glissando over multiple measures?

I would use first and last note with gliss. between them (as you did), but would delete the rests between them. You can leave the (re)bowing to the violinists, they're used to doing it. :)

You can also fill the measures that you want the glissando to cover with quarter note headless stems to mark the beats. You can find that option under notations/ note types. Hope you find this helpful.

While I heartily disapprove of such a long and minimal portamento, my recommendation is to use microtonal notation. First measure E, second measure E+1/8, third measure E + 1/4 or E+3/8, fourth measure F .

One such set of symbols: 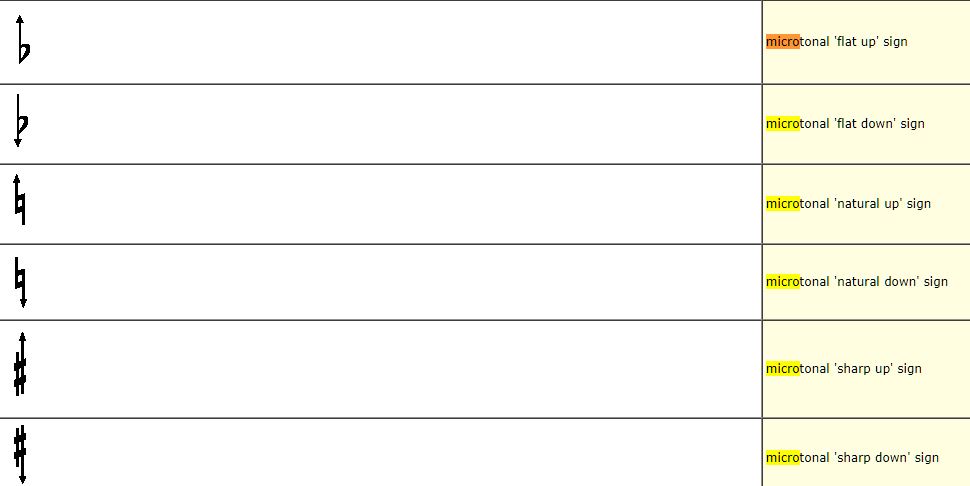 As Creynders pointed out, I was misusing 'portamento'. Referring again to the Dolmetsch online dictionary,

also glissato, glissicando or glissicato, a continuous slide in pitch. On the violin, the left hand finger is placed on the string and then, as the note is played, the finger slides up or down the finger board. The beginning and end note of the glissando are written and connected by either a straight or a wavy line. Usually the word gliss. or glissando will be written above. This is what some writers call 'a true glissando' on the piano, to run the nail or a finger or the back of the thumb along the keyboard over many notes, see glissant, glisser. This is what some writers call 'an effective glissando', in that the change in pitch is by discrete steps rather than through a continuous and steady shift.

on stringed instruments, an expressive device, a slide from one pitch to another, usually stopping for moment either above or below the destination pitch, which was very popular in the 19th- and early 20th-centuries, but has more recently fallen into disuse. a smooth glide between the two notes, including all the pitches in between. For some instruments, like violin and trombone, this includes even the pitches in between the written notes. For other instruments, such as guitar, it means sliding through all of the possible notes between the two written pitches. Although unusual in traditional common notation, a type of portamento that includes only one written pitch can be found in some styles of music, notably jazz, blues, and rock. The proper performance of scoops and fall-offs (the latter also called drops or spills) requires that the portamento begins (in scoops) or ends (in fall-offs, drops or spills) with the slide itself, rather than with a specific note.