How do I send arbitrary MIDI SysEx messages from a Windows laptop to a MIDI device?

I'm thinking of getting a MIDI device that needs to be preprogrammed with MIDI SysEx messages before I can use it. I don't have a MIDI keyboard with that capability.

How do I send MIDI SysEx messages from my Windows 10 laptop to a MIDI device?

You need an application that can send such messages. Such apps are often called sysex librarians. I'm not sure if there are any DAWs that can also send one-time or real-time sysex messages. It looks like Avid Pro Tools can at least record a sysex dump from a device but it's not clear if it can transmit to a device.

If the MIDI device you're talking about has only traditional MIDI sockets, rather than a built-in USB interface, you'll need some kind of MIDI interface - an example is the Roland UM-One, but I mean that only as an example, not a particular recommendation (and you can probably get something similar 10 times cheaper off ebay...) 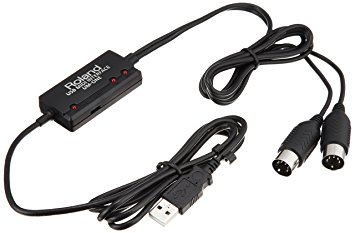 Beyond that, as Todd says, you'll need an application that lets you enter hand-crafted System Exclusive messages yourself, and that can send them to the device. As well as looking at librarians and DAWs/ MIDI sequencers, you could consider writing a script yourself in Python - the Mido library mentioned in another question recently seems to allow this.

Not the answer you're looking for? Browse other questions tagged midi pc or ask your own question.

6
How can I make my keyboard sound like a Hammond organ?
2
Software for virtual midi device?
0
Can I use the MIDI In of the Launchpad Pro to send MIDI messages to my computer?
3
Casio LK-41 shows up as Unknown Device (And a message pops us on connection 'USB not recognized')
1
M-AUDIO Keystation 88es is Unknown Device on Windows7 64 SP1
3
I can't change bank preset in my keyboard via Ableton
2
MIDI message (sysex?) to indicate version information of device
2
How can my MIDI master keyboard send all MIDI messages _except_ “program change” to receiving synth modules?