What do the letters D and E above the staff represent here?

A mystery from a musician friend of mine:

In the Alpine Symphony by Strauss, the oboe, Eflat clarinet, and bass clarinet/C clarinet have these D's and E's scattered throughout the back half of the piece in the parts and scores. He doesn't think it's a switch from Eflat clarinet to D clarinet since it's in the oboe as well, and also some of the switches would be impossible... Nor does he think it's a rehearsal letter since they keep alternating... and it seems to have nothing to do with any important part since the Bflat clarinets and flutes generally play the same thing... and it isn't a key change... 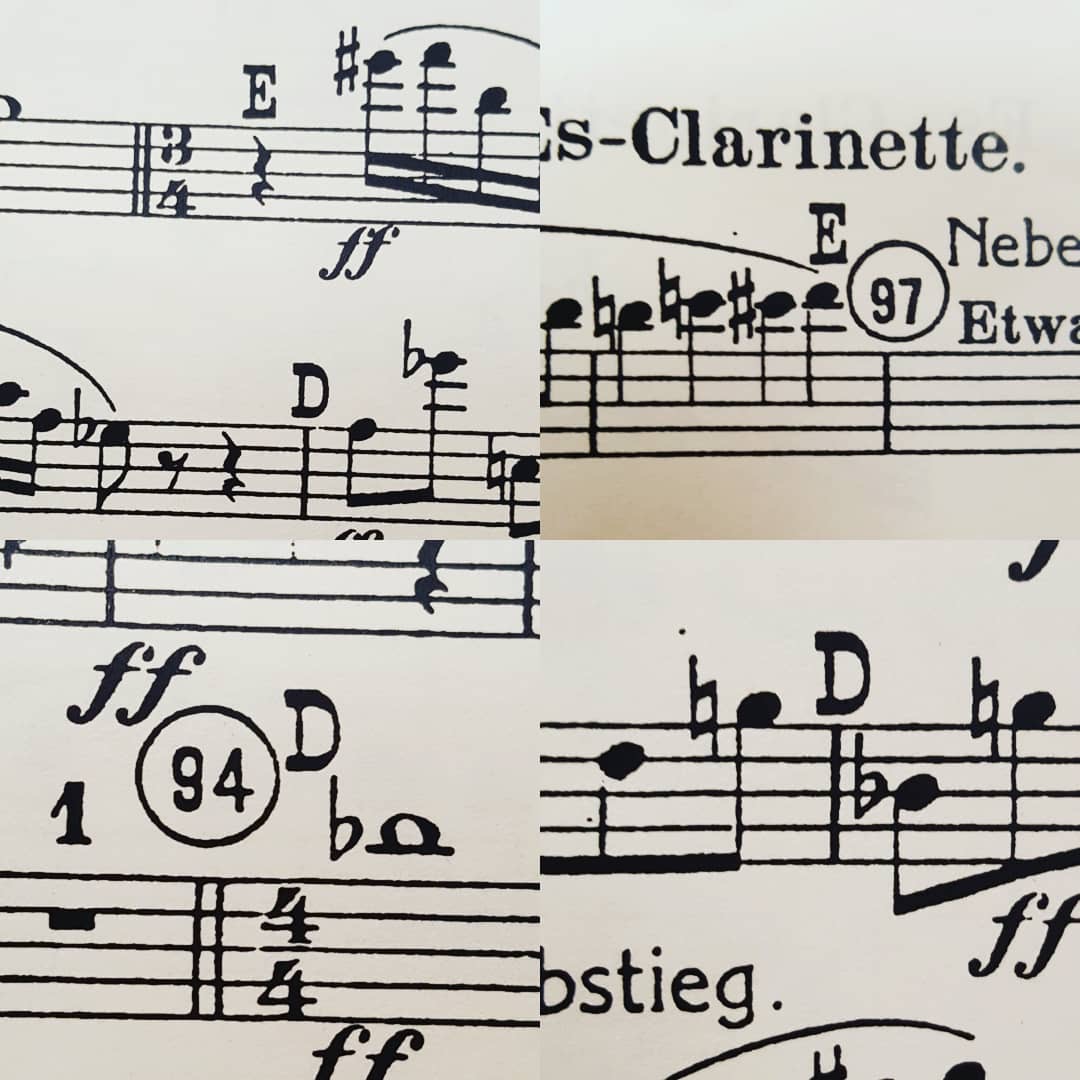 According to the notes given at the beginning of my score:

In large orchestras, from rehearsal [94] on, wherever the letter D appears in the 2 Flutes, Oboes, E♭ and C Clarinet parts, these parts are to be doubled. (EDITOR'S NOTE: The doubling ceases where the letter E appears in these same parts.)

I've personally never seen this particular notation before, but it may be related to the German "doppelt besetzt" (doubled) and either "einfach besetzt" (single-voiced) or "einzeln" (single).