Is this an imperfect authentic cadence in a minor key?

In the case where the chords ending a phrase (in B minor) are:

in B minor it would be

In my opinion the A#m is a passing chord, which leaves me with D A Bm. I understand that in this case the secondary dominant of III also acts as VII being the substitution for V. If I understand correctly the leading tone is E (to F in the passing chord and Bm).

Could this be regarded as an imperfect authentic cadence? Is such a term strictly limited to diminished vii and I in major keys (in relation to the similar movement)?

(I'm not sure why you are counting the A chord as a secondary dominant if it comes before a passing chord and actually resolves to Bm.)

Your cadence is a VII - i in B minor, because it is A - Bm. VII - i (or ♭VII - I in major) cadences are extremely common in modern popular music, and is fairly common in late Romantic and Modern classical music. 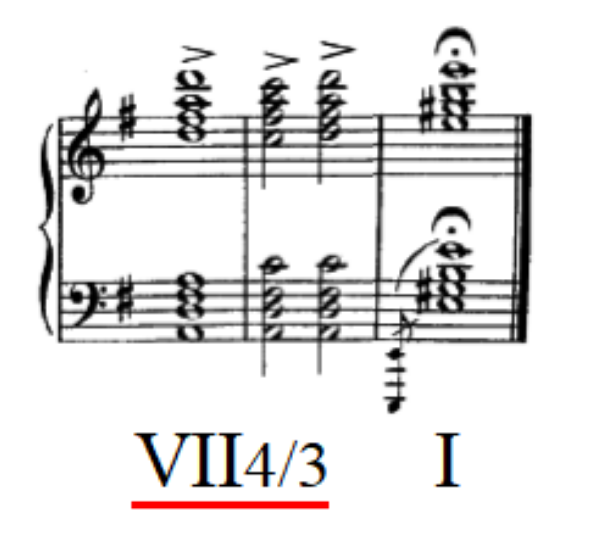 The D7/A chord has dominant function in this case. Its top note, D, is not a leading-tone if you say it is "subtonic". However, it acts more like a leading-tone. Specifically, the ^7 degree note is a whole step below the tonic, but gives us a "pull" back to the tonic. It resolves to E, which is the tonic chord that has tonic function.

Your example is basically the same. The A chord has dominant function and resolves to Bm, which is the tonic.

Now, the question is basically confusing to answer - The VII chord creates tension and resolves to the stable i chord. However, the root of the VII is a whole step below the tonic, not half. Therefore, it is either a variant of the leading-tone IAC, or "what?". So the answer to your question is: could argued to be a "yes", while it can also be a "no".

But if the highest-sounding pitch is another member of the tonic triad (D or F♯), it will be an imperfect authentic cadence (or IAC).

Your progression of ♯vii to i would be more along the lines of what many call a contrapuntal cadence.

(Is there a text somewhere that told you viio to I was an authentic cadence?)

I'm also not sure what you mean by:

If I understand correctly the leading tone is E (to F in the passing chord and Bm).

I've never heard of such a leading-tone IAC, but if we're following that definition, it seems that your example would fall under the "subV" category, and therefore fit. IACs are not only limited to major keys, and they do occur in minor keys.

Authentic cadence is always from V -> I.

Not the answer you're looking for? Browse other questions tagged theory terminology chord-progressions cadence or ask your own question.

9
Is there a name for the progression ♭VI–♭VII–I?
8
cadence naming confusion

1
Harmonic and melodic minor chord function
10
Why aren't unusual leading tone cadences more common?
1
Cadence in Haydn's String Quartet in G, Op. 54, No 1, i, 1-13
3
How is this chord from Liebestraum No. 3 analyzed?
4
How to make a plagal cadence sound convincing as an ending?
3
Diminished seventh cadence, is this an IAC or a PAC?
6
In a minor key can a cadence on the relative major be considered a type of quasi half cadence?
4
Minor Key (and other key?) Roman Numeral Analysis
2
How is D7 functioning here? Applied chord both kind of does and doesn't fit