Meaning of Capitalization on The Notation of Gregorian Psalm Tone Endings

As you know, most Gregorian Psalm Tones have alternative endings. For example, Tone I has 10 possible endings. 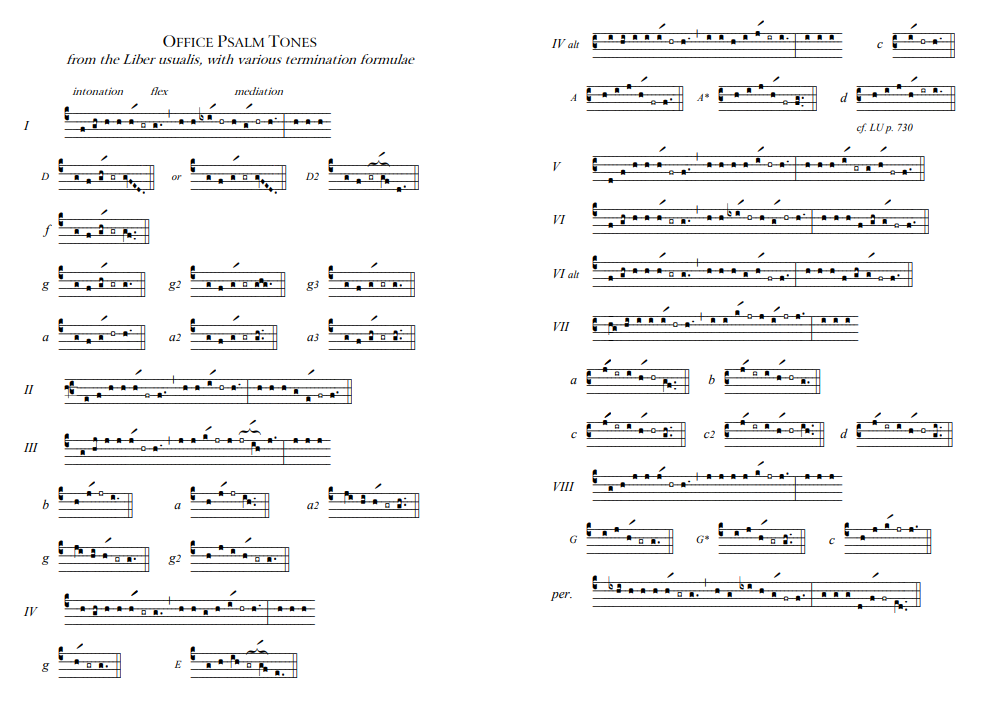 The endings are denoted by a letter and a number. I understand (correct me if I am wrong) that the letter itself indicates the degree (on the scale) of the last note of the ending. For example, all the "D" endings end in D while all the "g" endings end in G. The number is just a sequential to differentiate between all the possible endings that end on the same note.

Is there any logic, though, behind capitalizing some of these letters? For example:

I apologize if I am misusing a technical term. I am not a musician or a musicologist.

Formulas for terminations: The different intonations of the antiphons have given place to the diverse final cadences in each mode, in order to facilitate the intonation of the antiphon, when psalm ends.

The termination of each particular case is indicated in two ways:

a) placing next to the modal number of the antiphon a letter that indicates the final note of the termination: A, B, C, E, F, G

Uppercase letters are used when the last note of the termination is at the same time the final in the mode; otherwise lower-cases are used.

When several terminations have the same end, the letters take, in their right superior part, indexes that distinguish them: g, g2, g3, g4.

Not the answer you're looking for? Browse other questions tagged notation modes musicology church-music chant or ask your own question.

30
How many (major and minor) keys are there? Why?
5
Is it wrong to alter bar numbers after repeat endings so they reflect the performance progression rather than the last repeated measure +1?
2
Mode for french 16th century music
1
Using Pedal For Two Part Writing
3
Do any undergraduate theory textbooks explain Gregorian chant notation?
15
Is the Baroque Schleifer, slide, or glissando symbol evolved from the Gregorian chant quilisma?
15
Why are accidentals not additive?
15
Should mode names be capitalized?
2
Tablature notation meaning