Analyzing Hisaishi Joe's "Village in May" & its chord progression

Here is a part of Hisaishi Joe's "Village in May": 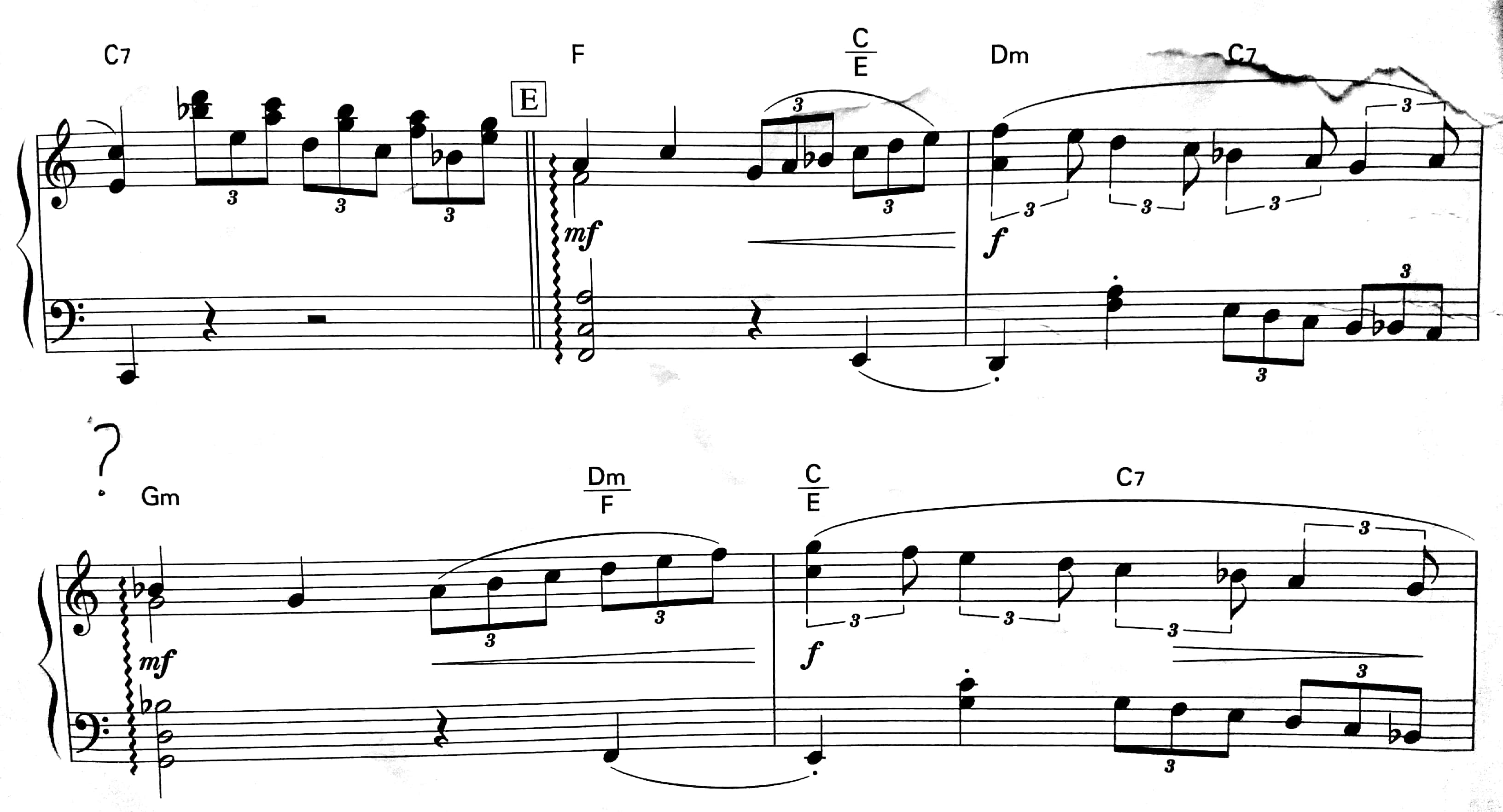 Is this some kind of deceptive resolution?? Could somebody explain this chord progression for me?

I think your confusion will go away once you realise that this section is pretty firmly in the key of F. The broad harmonic scheme is F, Dm, Gm7, C7,(and then, probably) F - perhaps the most clichéd progression in all of tonal music!

Laurence has provided a nice answer, and he's pointed out the crucial fact that the E section is in the key of FMaj rather than CMaj. I would add that the chords you've included in your original posting seem slightly incorrect to me. Here's how I would name the chords if I were doing the transcription:

Perhaps there is a misconception that every bass note requires a different chord. I don't think that's true: the bass will often "walk a bass line" and change bass notes while the chord stays the same. And in a stride style (as we have here), the bass will often contain scalar passing tones that transition to the next chord. In measures 1 and 2, we hear a new bass note on beat 3. But those bass notes are simply scalar passing tones that move the song from the prior chord to the next chord. The piano never plays a C/E chord in measure 1, and it never plays a C7 chord in measure 2. The only chord we hear the piano play in measure 1 is FMaj, and the only chord we hear the piano play in measure 2 is Dmin. Additionally, in the second half of measure 2, the melody surrounds an A (Bb-A-G-A), and the A is a chord tone of Dmin (not C7).

So using a Roman Numeral analysis, I would analyze this progression as:

I-vi-ii-V7 in the key of FMaj, which is an extremely common progression.

As a side note, there is a deceptive cadence of sorts that occurs in the next measure (measure 5) of the E section. The V7 chord doesn't resolve to the I chord as we might expect, and instead, it moves to a III7 chord, which then resolves to the vi chord.

For reference, I'm looking at your sheet music and listening to this version of the song.

Not the answer you're looking for? Browse other questions tagged theory harmony chord-progressions or ask your own question.