What's going on in measures 11 - 16 of Beethoven's Sonata Appasionata?

I'm studying the Neapolitan Chord and the textbook includes the following excerpt to analyze. Up until measure 10 I understand what's happening, but I have no clue how to interpret measure 11 and onwards. 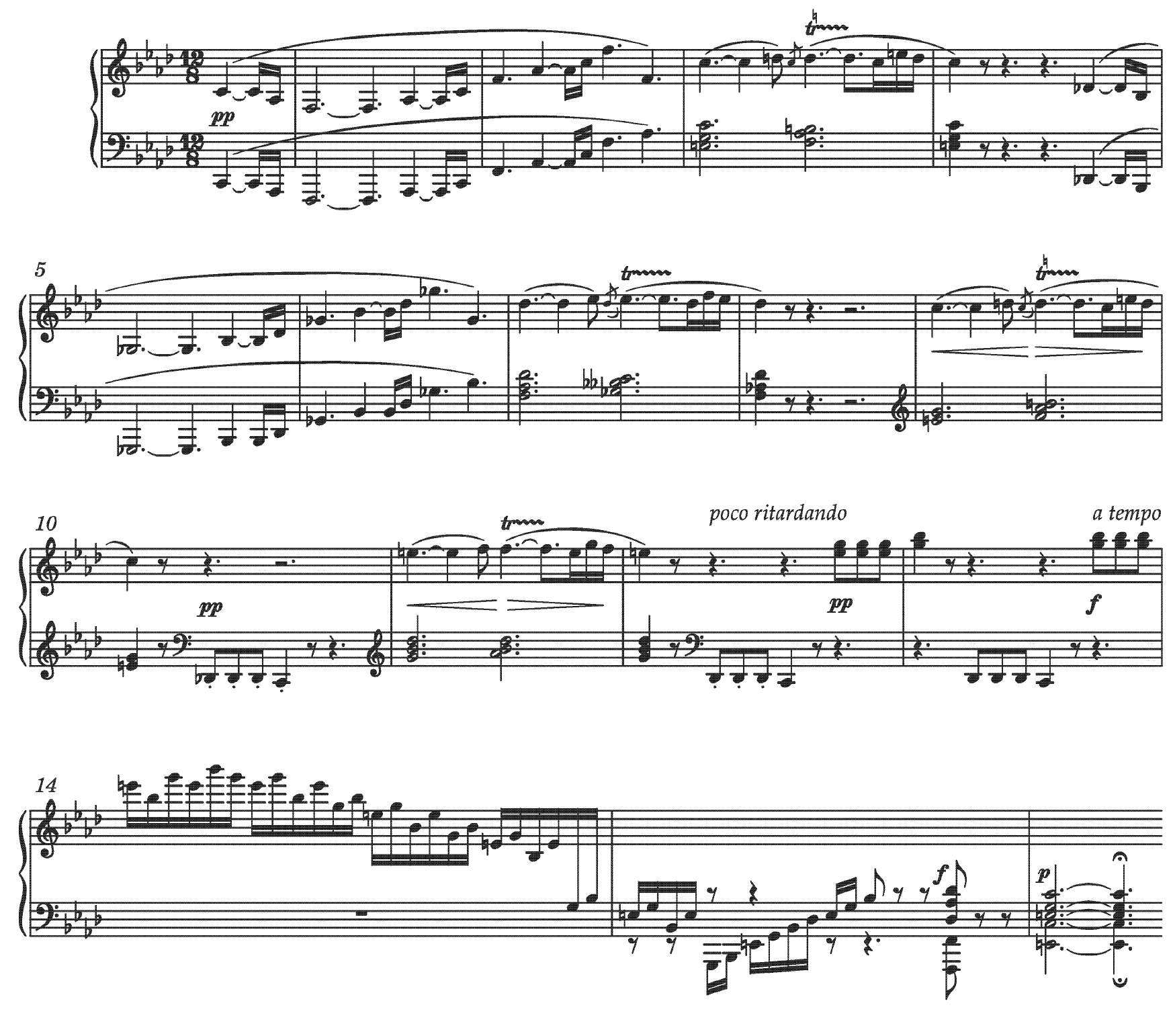 What I have so far:

I have no idea what's going on there. The e and b flat minor don't really work together as a Tonic-Dominant, which was what I first tried. I've tried seeing this as follows:

I just don't know anymore and I've wasted a couple of hours on it. Feel free to school me on this!

This is a notoriously difficult sonata to analyze, but I recommend keeping two things in mind when considering mm. 11ff:

Not the answer you're looking for? Browse other questions tagged theory analysis beethoven sonata or ask your own question.

3
What are the V and VII chords of a double harmonic scale?
4
Figuring out a modulation
3
How to overcome emotional tension with this Beethoven rondo
3
How is this chord from Liebestraum No. 3 analyzed?
4
Chromatic 7th chords going upwards in Beethoven
1
Augmented triad in Pathetique Sonata? How does it function?
2
What is this chord in Grande Valse Brilliante?
5
How should I analyze this passage? As vii°7, V7, or both?
4
Diminished seventh spelling but functioning as an Augmented Sixth?