Hello I want to know the difference of this on the pictures I’m attaching. Suppose we have the D major Scale and I want to use the chord progression II- V7 Imaj7 (E-7 A7 Dmaj7) of course in D major. Now in the case of V7 or A7 in the pictures is used the root of the chord in the left hand bass. In one picture is used C#,G,B and on the other G,C#,E. On the picture that shows the G,C#,E order at the left is shown the A7 before converted to root in the bass in other words A, C#, E, G. Then what is the right picture to use the root in the bass for d scale major for A7? For me I think is G,C#,E but in other place say is C#, G, B. Why or what is the right here? These are the pictures 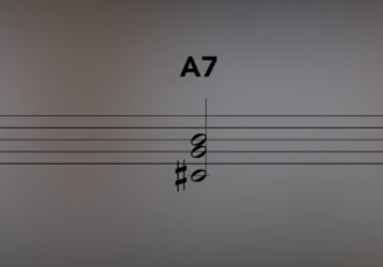 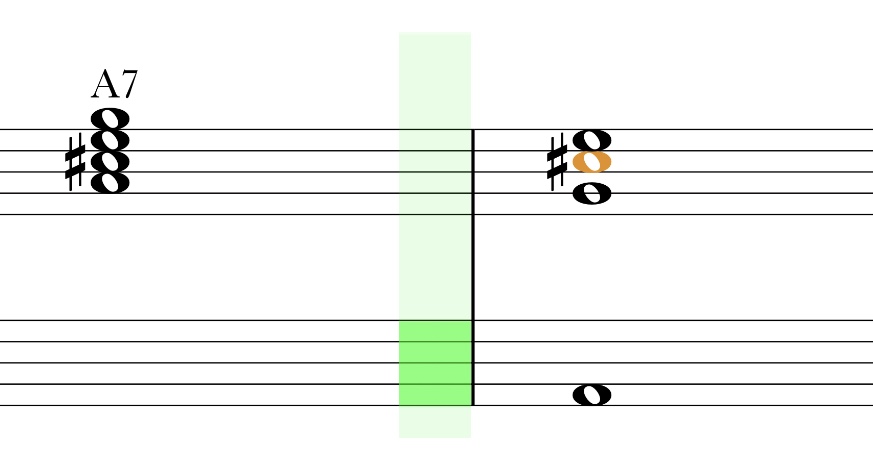 I'm not 100% certain I understand your question, but part of it might be asking why there's a B in the top example.

The top example of C♯ G B is really an example of an A9 chord, not an A7 chord. It's missing the E because the chordal fifth can be omitted without any change in the implied harmony. A9 is the same as an A7, just with an added 9th (in this case B) above the bass. If you put an A bass below that chord, it'll sound very similar to the A7, just with an added bit of color provided by the B.

Neither one of these two voicings is inherently more "correct" than the other; both are perfectly acceptable, and the determination between the two rests on a lot of factors: what comes before the chord, what comes after, what you personally want in your own music, etc.

Not the answer you're looking for? Browse other questions tagged theory chord-theory chord-progressions or ask your own question.

1
How to determine the key and write melodies for a chromatic chord progression?
40
Why do many songs in major keys use a bVII chord?
3
Why the chord on the third degree is major in this progression?
2
Re-harmonize the chord with the bass?
13
Why do we only build 7th chords on the supertonic and dominant of a major scale?
2
Hearing Chord Progressions
5
Determining the seventh chords of a key
1
In the key of Eb, need help identifying chord, F Ab Bb Eb
0
Static Pentatonic Scale
0
Is the C chord here C minor or C major?