Why is this segment of “E.T. The Extra-Terrestrial” in B minor and not D major?

This is taken from the "E.T. The extra-terrestrial" score: 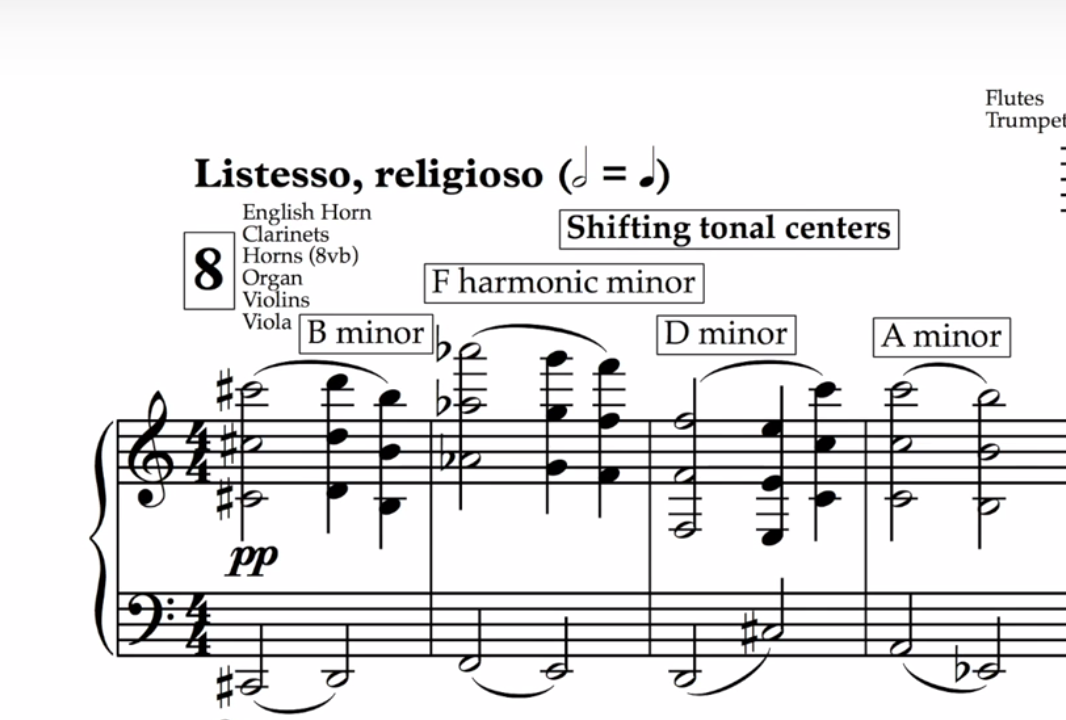 There is an analysis of here:

I do not understand the annotation:

The first bar is written as "B minor", but is there a reason to say it is B minor and not a D major for example? (the same applies for the other bars).

Analysis is always an interpretive act, meaning there's not always a definitive answer, but rather an answer that, based on the evidence, is the best fit.

As I hear the piece and watch the analysis, there's one main feature that suggests it begins in B minor and not D major: because B minor returns several times elsewhere in the piece. See 2:20, 3:10 (in B major), 4:08, 6:13, etc. In fact, almost the entire second half is based in B minor.

Throughout much of music history, tonal composers have had a preference for monotonality, which basically means beginning and ending in the same key. Since m. 8 here is the beginning of this section, the analyst is probably choosing B minor instead of D major to show that monotonal relationship. And since B minor is present for over half of the piece, it's pretty clear that B minor is the overall tonality.

Not the answer you're looking for? Browse other questions tagged theory analysis or ask your own question.

1
Chord number notation for a minor song switching to a major sound
8
Nashville numbers in major vs minor keys
2
What is the origin and advantages of this system of chord naming/ notation? e.g. G7 is major minor seventh not Dominant 7th
7
Why does this progression alternating between major and minor chords sound right?
7
Is this really better analyzed in G minor than in Bb?
3
Why the flat roman numerals in minor when they aren't needed?
1
Why would this piece be called “Adagio in D minor” when it's in E minor?
3
Harmonic Analysis of C. M. von Weber Clarinet Concerto No.1