What chord would this most logically be thought as? 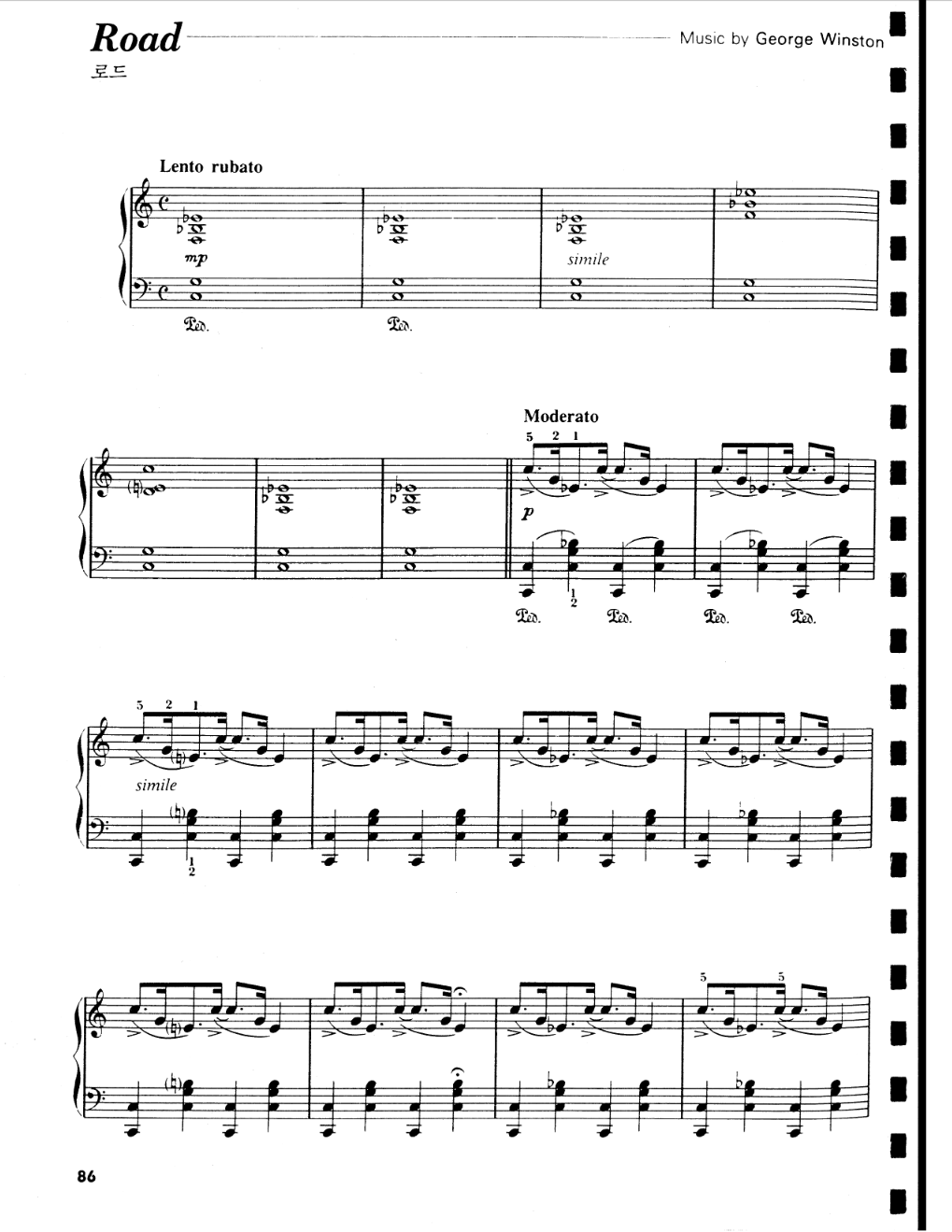 I have figured that the first chord he plays is a Cm11 but what is the chord in the fifth bar? I know it could be a million things such as Em7#5/C or a Cmaj9 with the 7th omitted, but what would it most logically be thought of given the idea of chord progressions?

I think it's pretty clearly a C(add9). There's not much functional going on here. He's just exploring various colours of C chord. It's not until bar 29 that he decides the C7 is going to be the dominant of F. And that's really the only bit of functional harmony in the whole piece!

This is George Winston in his pastoral, 'New Age' style. He meanders rather than progresses. That's OK, but there's maybe not much point in labelling the chords 'logically'.

Whenever you're confronted with a difficult analytic decision like this, try to explain it in a way that not only helps you hear this section, but that also might help inform a later section. Another way to frame this suggestion is to use later material to help determine what's happening earlier.

When we get to the Moderato section in m. 8, I immediately see a switch after two measures from C minor to C major. As such, I think it would be best to understand m. 5 as a type of C major, since hearing it that way will create a Cm-to-CM progression similar to the one that we'll hear starting in m. 8.

But there's another reason, too: since the bass C G doesn't change in m. 5, it's going to be easier for the listener to understand m. 5 as a modification of the chord that came before it, not a chord with a completely different root.

Having listened to the entire piece, one could understand these C chords as just suggesting dominant in various (if slightly unorthodox) ways. The F chord halfway through page 2 really sounds like tonic at first hearing, although the F at the end really sounds like IV. Ultimately, I think that's the point of the piece: harmonic ambiguity.

13
What chord progressions are used in traditional Celtic music?
4
Why and how to play chord progression?
3
What is the use of the minor V chord in this song?
2
What is this chord in Grande Valse Brilliante?
1
Chord progression (Em7,Bm7 what next)?
5
When does one omit the fifth in V7 chord in classical harmony?
4
Does this sharp under the chord mean to play a major chord?
1
Backdoor cadences - what would be the ♭VII chord in A major?
2
How does the concept of functional harmony help me pick the next chord while composing?