Difference between half note and quarternote with quarter rest

This may seem like a very stupid question, but I am just learning music by myself. I want to understand what is the difference between (1) playing a half note and (2) playing a quarter note and a quarter rest.

You can answer this easily by asking simply, "What is the difference between a note and a rest?" One is sound; the other is silence. 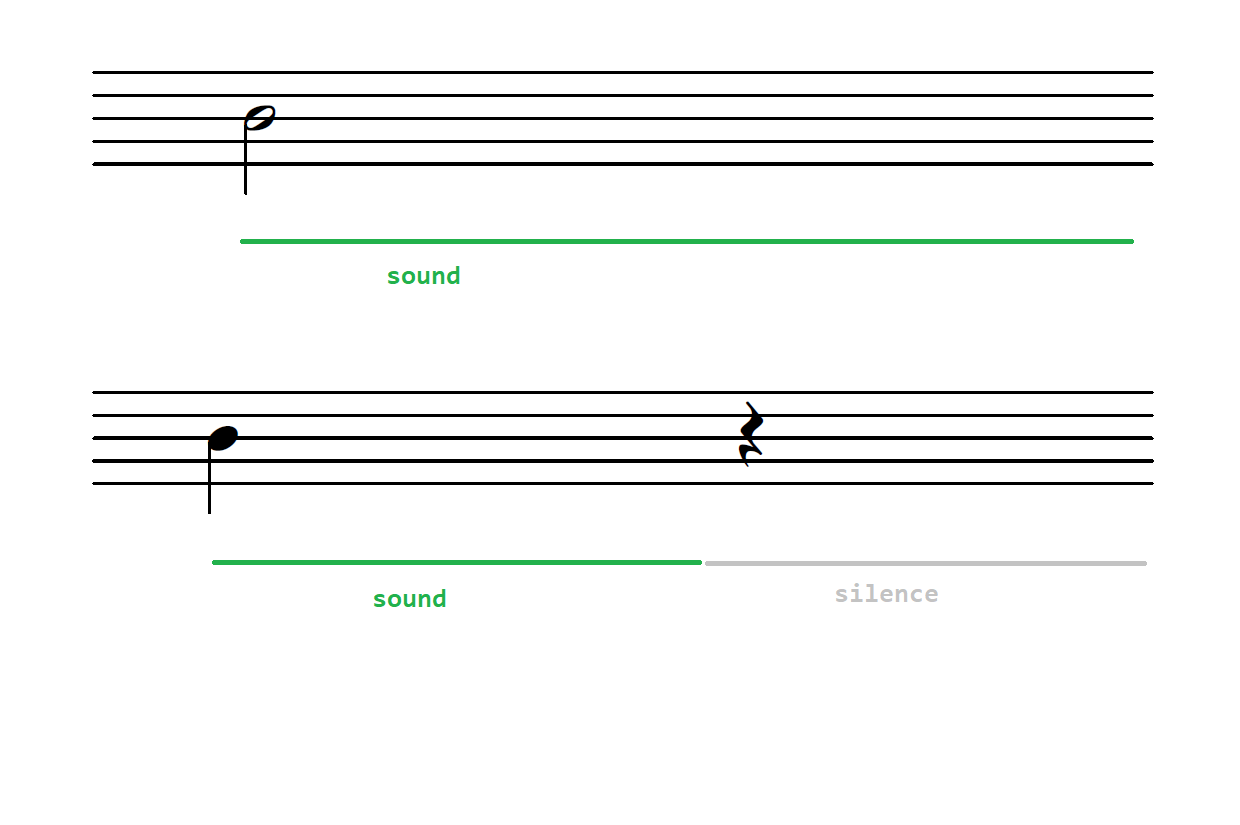 You should be aware that while we may see this and understand this instruction, it may not always sound this way in practice, ironically enough. Certain percussion instruments, for instance, may be struck at regular intervals, but whether they are notated as half notes, or quarter notes plus quarter rests, is, for all intents and purposes, practically indistinguishable by ear.

An applied example of the difference might help to make it clearer. This is the beginning of the second movement of Beethoven's second piano sonata (look at the bass line):

Of course, this is 16th notes and 16th rests, but the idea is the same: what's the difference between this and the 8th notes that follow it in the fourth bar? The difference, from a practical standpoint, is to leave a gap between each note instead of connecting them together.

Here's a performance that should make the difference clear. Listen to the bass line, and the difference should be obvious. You'll notice that Brendel doesn't hold the notes for quite half of the time allotted to an 8th note; this is because of the dot on each note and the staccato sempre (always staccato) notation. You'll also notice that he treats the three staccato 8th notes in bar 8 quite differently.

Beethoven could have written these with 8th notes and a dot under them, but doing it the way he did emphasizes the contrast between this passage and the following legato 8th notes. (Also notice the tenuto sempre, meaning always hold, on the top notes. This is again to emphasize a contrast, in this case between the top and the bottom voices. Clearly, Beethoven thought that the contrast between held notes and detached notes was important in this passage, and his use of alternating 16th notes and rests reflects this.)

So, the minim is held sounding for a count of 1-2, and the crotchet is held for a count of 1, then there is a silence for the count on 2. After which the next note written is played - unless there's another rest!

22
What is the difference between swing and shuffle?
2
How to read this measure of music with "in between" notes?
3
Half, Three Quarter Sharps and Microtonality
8
Triplets don't seem to add up
1
Proper way to notate a half measure rest in between sections
8
Notes don't add up to time signature
6
Is there a musical difference between a work ending with a whole note and one ending with a whole note tied to an eighth?
2
how to read quarter notes and half notes in 3/4 time?
3
why is the most common note length in music the quarter note?
7
Best practice for notating harmonic: quarter vs. half note?