Ask Question
Asked 1 year, 9 months ago
Active 4 months ago
Viewed 370 times
3
Closed. This question needs to be more focused. It is not currently accepting answers.

I used to be a good player, as a self-taught alternative musician. Then I saw a lot of youtube videos and realised I was doing everything "wrong", from a technical point of view. I never learned any theory, I never used my fourth finger, I never learned alternate picking.

So I tried to learn "properly". And now I can't even play in my old style. I would like to rehabilitate my old punk-rock technique, are there any good ways to do this?

Not sure how to word this. It's more of a statement than a question, I suppose. Perhaps if I learned some piano it would help with the theory?

I was doing everything "wrong", from a technical point of view. I never learned any theory, I never used my fourth finger, I never learned alternate picking... Perhaps if I learned some piano it would help with the theory?

OK - first off: You seem to be conflating the study of theory with the study of technique, which we generally call method. They are too different disciplines. Method means the mechanics of how to play an instrument, and each instrument has its own method for mastering it. Theory is not really specific to any instrument at all, and you don't even have to be a musician to know musical theory: Theory means the guidelines and vocabulary we use to describe our music in the abstract: Chords, scales, keys, intervals, etc. etc.

I never used my fourth finger, I never learned alternate picking.
These are not questions of theory, but of method.

Perhaps if I learned some piano it would help with the theory?

As far as the study of theory goes, piano is essential. Every serious musician should know at least basic piano, to facilitate the study of theory. The visual nature and the keyboard layout of the piano make it ideal for studying theory, however studying piano will not help much when it comes to using your fourth finger on the guitar.

Today, basic theory is arguably mandatory for any musician with aspirations of advancing beyond the level of a stay-at-home hobbiest. The question of theory stifling creatity has been bandied about endlessly by untrained musicians, and comes up on this site from time to time. Here's recent question dealing with it:

Having said that, your question actually seems to focus more on method/guitar technique than on theory, so let's address that:

Making music is about expressing yourself. Formal technique methodologies are tools to help musicians express themselves - they are not iron-clad rules.

Similar to musical theory, no matter how many youtube videos and books and teachers preach their methodologies, there is no absolute "right" or "wrong" when it comes to technique. The issue is simply what techniques - which method - help you to express yourself on your instrument in the most fluent way possible.

Formal methodologies for various instruments - such as using the fourth finger - were developed as knowledge accumulated about what allowed musicians to create better, more expressive music more efficiently and adroitly. Nobody handed down any divinely inspired laws about how to play music.

In addition, not everyone's body/hands are the same. There may be certain recommended techniques in books that are very difficult for some people to execute. Would it be worth it to spend years trying to perfect such a technique when doing so precludes you from expressing yourself and enjoying music the way you would like to? In the vast majority of cases, the answer is a resounding No.

It is true that if you are just starting out, learning the accepted rules of formal technique is a good idea - one learns things that help you play more efficiently and effectively and can be leveraged as you develop into a mature musician. But invariably, even those with a lots of formal training in technique will develop their own approach to technique (although it will incorporate much of their formal training) as they mature: the approach that best suits them for expressing themselves with their music.

There have been many good, even great musicians, who, just as they knew little or nothing about formal musical theory, also knew little or nothing about proper technique. They were self taught and figured out how to play the way they needed to in order to express themselves through their music. People like Jimi Hendrix, Wes Montgomery, Paul McCartney... the list goes on and on...

He did not learn this in music school: 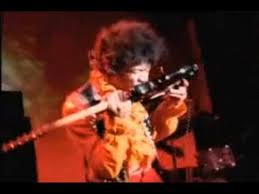 Thelonious Monk did take formal piano lessons as youngster, but discarded virtually everything he learned as he developed his own extraordinarily unique style that required something else entirely: 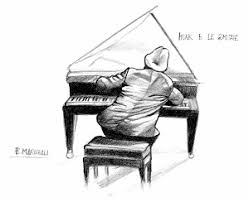 Nonetheless, they were great musicians because regardless of their technique, they were able to express themselves in eloquent, unique and appealing ways through their music, which is what ultimately makes for a great musician.

BUT: That does not mean that you should ignore and forget what you've learned about formal technique. Continue to pursue that study - "book learning" never hurt any musician, when it's applied properly. They key is not to force yourself to incorporate it into your personal playing style. It should work organically: Don't change your musical identity because of what it says in a book.

What will happen over time is this: As you are doing your thing, certain aspects of what you've learned about formal technique will find their way into your personal style, in ways that will help you. You will integrate them into your style because once you know them, you'll find ways to use them to help you play your own music.

It's easy to become overwhelmed with information when so much content is readily available. I have to keep a balance between challenging my skill/knowledge/etc. and actually enjoying playing. You may find that that you are doing less "wrong" and more so "what works" for you. I went back to using my thumb to fret the F# on the low E when making D/F#, lol. Keep playing!

Okay, let's address all of this in sections because you have a few things going on.

When I taught guitar lessons, I would occasionally hear this from students. 99% of the time this statement was false. I also insisted that students record the audio from their playing. Why? Because as you listen to it over time, you can hear the improvements. Do you have recordings from the past? If so, can you hear an actual decline in playing?

#2 - "Then I saw a lot of YouTube videos and realised I was doing everything "wrong", from a technical point of view. I never learned any theory, I never used my fourth finger, I never learned alternate picking."

You have to define what is "wrong" about your playing technique. You mention alternative picking - there are three main picking styles (alternative, economy and hybrid). None of them are "wrong" and only using one of them is just fine.

Django (the godfather of Gypsy Jazz) mostly used downstrokes when playing. There isn't even a name for that style, it's just what he did.

Wes Montgomery (the godfather of jazz guitar) used only his thumb to play strings - for everything. Again, not a named or official playing style.

I know plenty of guitar players that don't use their 4th finger. It's just their style and they've done things (without knowing) to compensate. There is a different sound between fretting with your ring finger and your pinky.

Theory is separate from technique. I have a music degree and took everything I learned from class on theory and applied it to the guitar. The piano is the easiest instrument to see theory on, but guitar is a darn close 2nd. If you want to learn more theory, buy the Hal Leonard Guitar Theory book - it's awesome.

If you want to learn things here and there, YouTube is fine. If you want to have an actual taught course (that's well thought out) go with some online lessons like at Udemy, TrueFire, etc. YouTube is scattered, not structured and can cause problems for those reasons.

6
most effective guitar practice schedule?
14
How should I practice before going into the recording studio?
12
Planning for intensive guitar practice
12
Slightly tone-deaf?
7
What can I do to help my guitar student get off the ground faster?
1
Does this transition have a name?
23
Operating guitar for 10 years but can't make music
5
How to practice guitar improvisation?
2
New Guitar strings going out of tune
5
Teaching guitar to a 6yr old