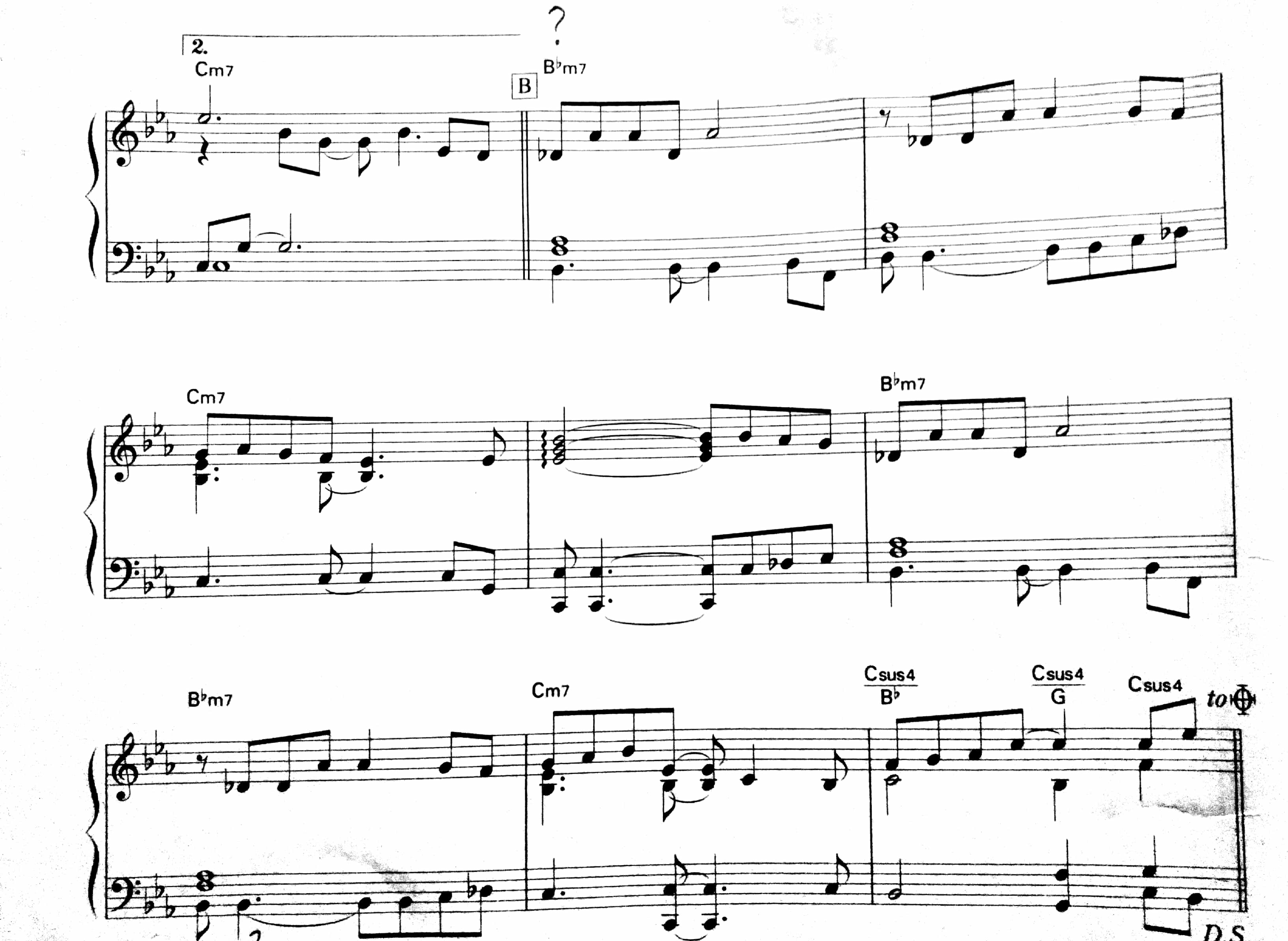 From my last question I notice that the [A] part is actually Cm key instead of Eb Maj key.

And my next question is at the beginning of [B] part how did Bbm7 came out ? Is it a bVIIm7 modal interchange chord from C Phrygian mode ? And if you see the last bar of the [B] section, how does C7sus4 resolve back to Ab Maj7 ??

I think this portion is intentionally ambiguous. It's tough to say exactly what the key is, but I really hear it pushing towards F minor. With the addition of D♭, we basically have a four-flat key signature. It's tough to hear this as A♭ major—that would mean we'd have a ii7 to iii7 progression, which is really odd—but hearing it in F minor is much more reasonable, because the iv7 to v7 is pretty common.

So I think it's best to hear this section as being in F minor, we just don't really hear the tonic chord (but more on this soon). This is a relatively common occurence, and motion to the subdominant (iv) in the second section of a piece is very common.

As for the Csus4 in the last measure, I think that's best understood as an Fm chord—this is the tonic we've been seeking this entire section! And that chord just slides back to A♭7 to signal a return to the opening of the piece.