What chords should accompany descending bass notes in a scale?

Using the key of Bb for example. In a bass walk down and starting from Bb and descending from Bb the sequential descending bass notes are A, G, F, Eb,D and finishing on F. Now if l used Bb Major, A minor, G minor, F Major, Eb Major, D minor, F Major - it doesn't sound as good as Bb Major, F/A, G5, F5, Eb5, Bb/D and F5! The question is why does the latter sequence sound better? Can anyone explain why this is so?

It might sound better to you, but won't to everyone! And if the first set of chords was to be voiced differently, it might sound 'even better'.

The 5 'chords' may have a slightly better fit with the genre in question, and they also take away the maj/min feel of each chord. Both slash chords are first inversions, which again may suit the genre better. There are literally hundreds of combinations for this sequence, and I'd be surprised if you'd tried them all. Listen to some others, then decide.

In academic circles we call this a "step-descent bass," and there are a few common patterns from the classical tradition. (I know you may not be interested in that musical tradition, but you can always snag some good ideas from it!)

Here's an excerpt from Fauré's "Pavane." Note how he just uses descending root-position triads: F♯ minor, E major, D major, C♯ major. (But he spices it up a bit; these chords appear in the first halves of the measures, and he puts intervening chords in between them.)

And here's an excerpt from a famous Rachmaninoff prelude; the step-descent bass begins in m. 3. In Roman-numeral notation, the chords he uses are i–III64–iiø43–V. 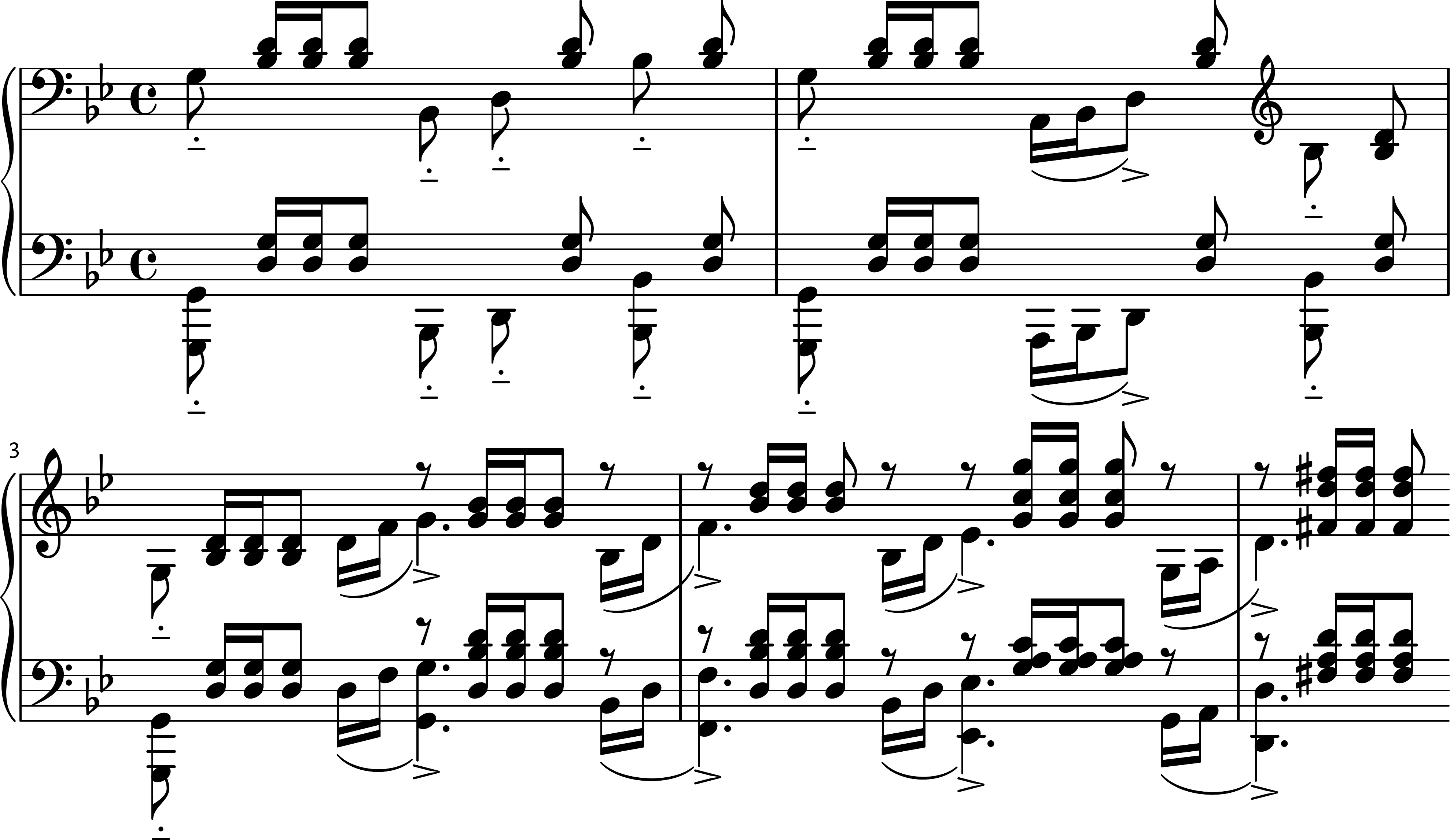 In addition to these, the other very common pattern is I–V6–IV6–V.

In your key of B♭ major, these progressions would be (and I'll take some liberties with chord qualities):

As for why you don't like your original choice of B♭–Am, it might be because of the presence of E♮ in the second chord. But if you change that E♮ to E♭, suddenly you're playing an A° chord, which would also be pretty rare in this still. Try playing the second chord as A♭ and seeing what you think.

In more concise terms, the main reason your first progression doesn't sound right is because of the A minor chord. A minor chord has the notes: A, C, E.

E nat doesn't fit into the key signature of Bb, the chord you would be using (if 'restrained' to the key of Bb) is A dim.

4
Why does this chord progression work?

13
Why do the notes of a blues scale sound good with the I, IV, and V chords?
7
How would you go about writing a a chord progression properly using the circle of fifths in the phrygian mode?
3
What is the theory behind these minor chords becoming major?
0
Scale Chords are different. Why?
0
What is the a way to borrow a minor #3 chord into a minor scale?
1
Why do chords have different notes on different scales?
8
How to accompany with piano in latin music when given only chords?
1
Rewriting slash chords with chromatic descending bass
6
Why do major and minor triads sound different both harmonically and melodically?