Does anyone know? The piece is for piano. 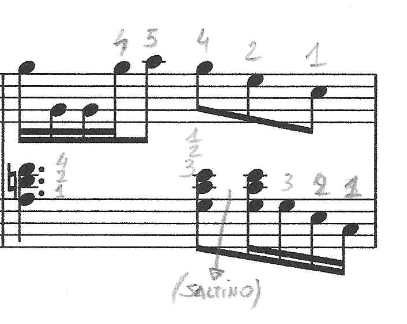 Salto is a jump so quite probably a little jump. An editor could have made that clear with markings, tenutos, slurs and such but a Saltarello is an Italian Dance (THANKS DANCING WITH THE STARS) so I would presume it is to dictate the feel of the dance. However, this piece is definitely not an Italian dance as much as it is some sort of funeral march type thing. I wouldn't have used that word. I probably would have just said "take a breath." Isn't it amazing how we use words and dance terms to tell how the music is to feel rather than using 16th, 32nd or 64th notes to actually dictate how it is to be played? Is music of today dumbed down or more artistic? We teach feeling rather than math.

Time to salto into my car and go to church.